You are at:Home»Racing»Nordic’s Clean Sweep 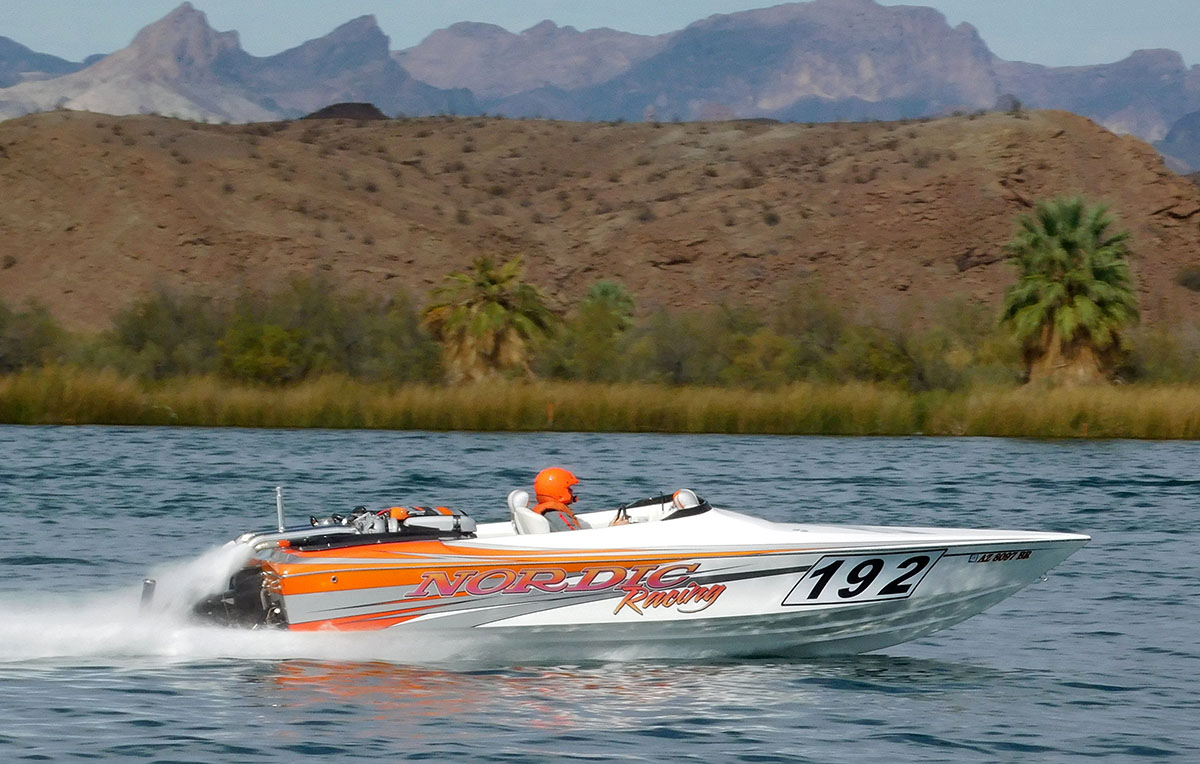 Team Nordic earned the “King of the River” title after winning the BlueWater Resort & Casino ‘300’ Parker Enduro overall on Saturday in Parker, Ariz.

Randy Davis, the owner of Nordic Boats, is no stranger to the podium. Long before he purchased the Lake Havasu City, Ariz., boat-building business in 2005, Davis had hoisted his fair share of ski racing trophies. This last weekend, though, ranks up there with some of his proudest racing moments: Team Nordic dominated the field in several events along the Colorado River in Parker, Ariz.

“After winning all three ski races overall, to follow that up with a true team effort in the Parker Enduro was the icing on the cake,” said Davis. He described the return of the all-class Le Mans-style start to the 300-plus-mile main event as much more exciting, especially for the fans. “This year’s event was a lot of fun; we had a great time. I think they had 33 boats enter, in different classes of course, so there was some real good racing.

“Ross Wallach and RPM Racing Enterprises did an excellent job coming through in the last 30 days to make sure the event happened,” added Davis, who sponsors this event (and many other races and poker runs) as a way to give back to the sport and generate brand awareness for Nordic Boats. “The race was challenging — the course was rough just the way we like it—but in the end things went our way this year. We’ve had some bad luck in Parker and some good luck. That’s just the way it goes.” 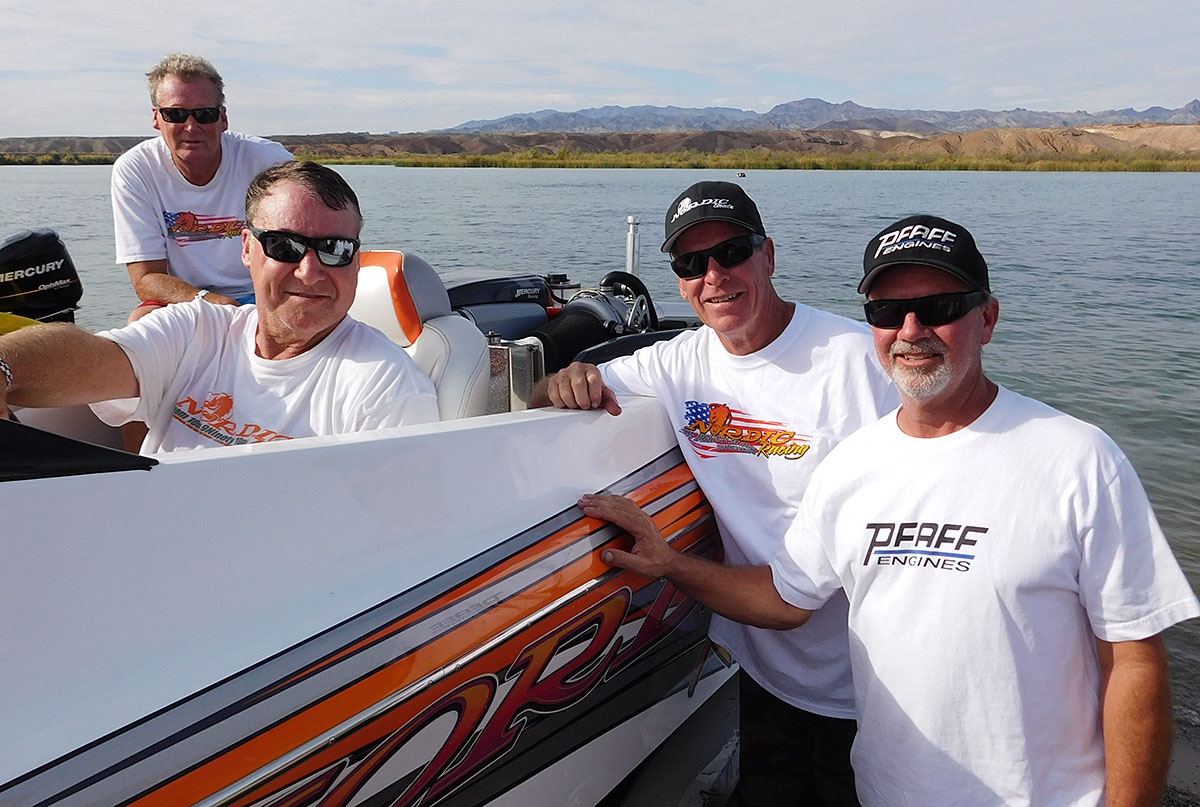 Davis — driving the No. 192 Nordic 21 SR powered by a single Mercury Racing 1350 engine — said that Greg Foster — who tackled the enduring race on his own, Ironman style, with teammates Jon Roth and Allan Stoker on hand for support — provided exceptional competition. But Team Nordic jumped out to the first-lap lead followed by veteran Grand National racer Lanse Haselrig in his venerable My Pleasure Rayson Craft Grand National boat.

Eventually Dan Chivens, who finished seventh overall and earned the Division 1 flat-bottom/jet-class victory, settled in as the race leader for almost 39 laps before Foster overtook him in the Integral Products boat and held the lead until Team Nordic made the eventual race-winning pass with seven laps to go.

The Division 7 and overall victory in the challenging race earned Team Nordic the “King of the River” title, but it was the complete outcome from the day that adds an exclamation point to that designation. 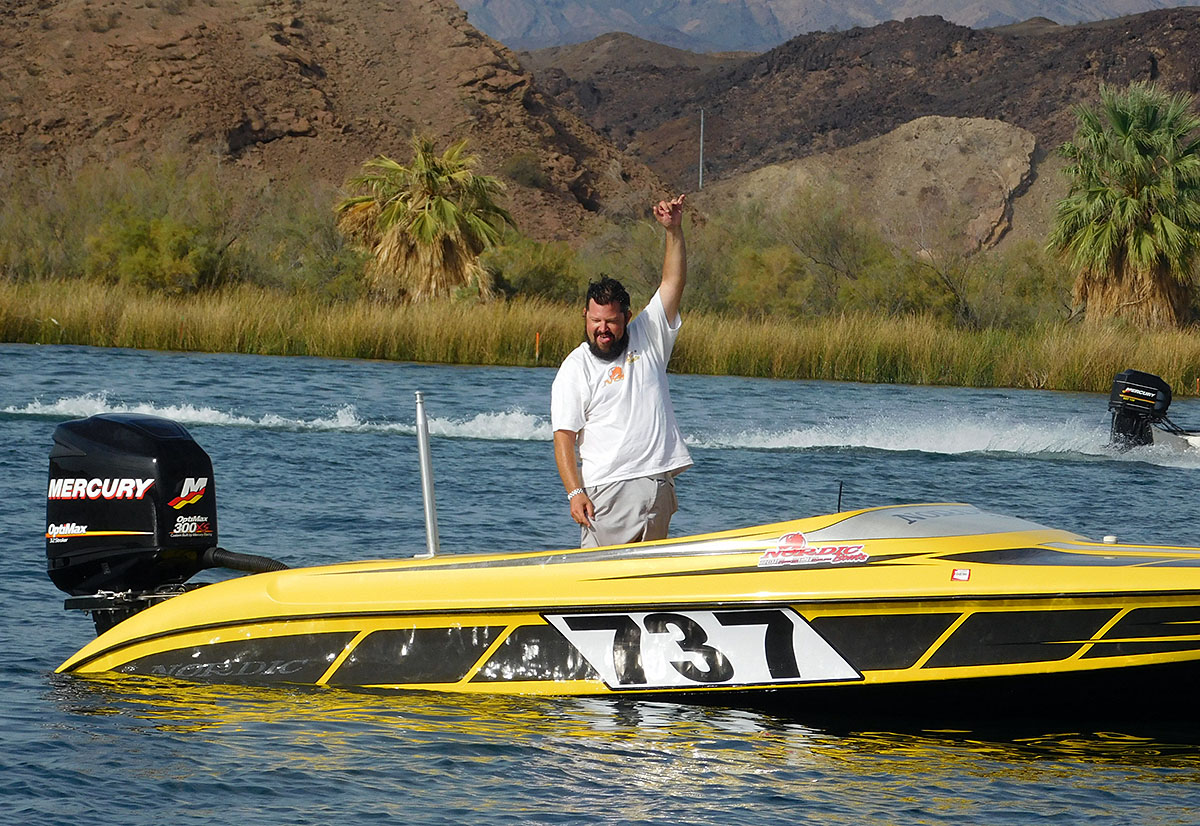 Steve Davis celebrated after he and skier Martie Wells won their class and finished second overall in the NWSRA Parker Enduro Heat A race on Saturday.

In Heat A of the NWSRA Parker Enduro, Davis towed world champion skier Todd Haig to a win in the 10-lap race. The Team Nordic No. 191 boat — a different 21 SR powered by a single Mercury Racing 1350 engine — finished more than three minutes ahead of the next closest boat, which happened to be driven by Randy’s son, Steve Davis, who was towing skier Martie Wells in the team’s Mercury OptiMax 300XS-powered Nordic 20 Cyclone SR.

In Heat B, the women’s race, Davis and Hall towed skier Katelin Wendt to an easy victory, outpacing the next team—Steve Davis and skier Marissa Alongi—by nearly three minutes. The third and final race, the Mini Parker Enduro, ended up being more closely contested as Davis towed Rex Helm to a 13-second victory over the Cole brothers—driver Marshall and skier Graham.

According to Davis, Nordic’s productive weekend was quickly followed up by a trip to Las Vegas for the SEMA Show where one of the company’s 28-foot catamarans is currently on display with the crew from Revchem Composites.

Racing aside, between the company’s continuous cat, V-bottom and deck boat production, the introduction of a new twin-engine 34-foot deck boat (read the story) and a pair of large offshore cats in production, Nordic seems poised for a strong 2017 and beyond. The owner, who has continued to re-invest in the business for a decade, gives a lot of credit to the team behind Nordic, but the competitive, forward-thinking Randy Davis deserves just as much of the credit.