You are at:Home»Racing»Racing To Be Ready 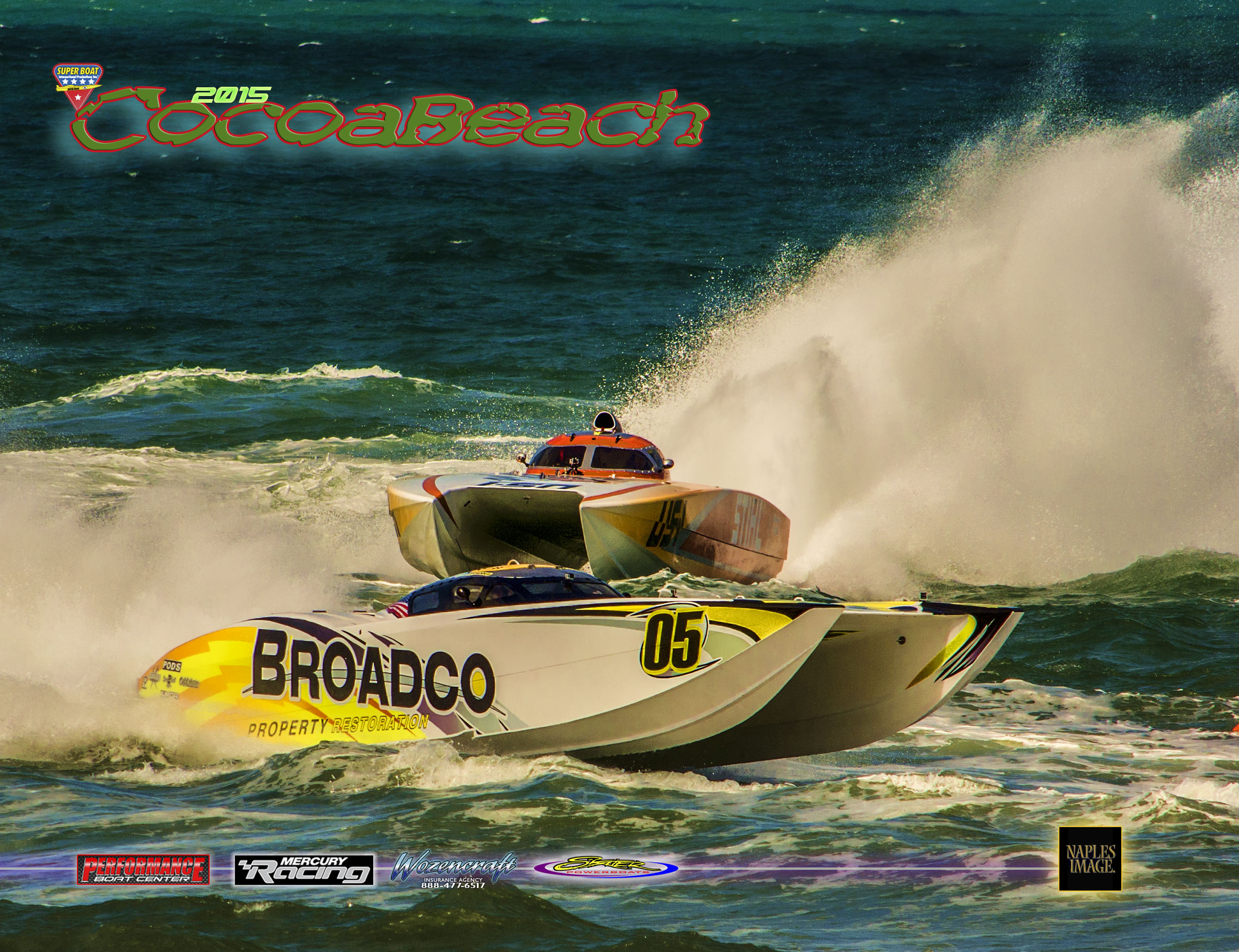 Repaired to exacting standards, Broadco will compete in the Key West Worlds, as will the Stihl team, most likely in its existing boat. But Stihl’s new Skater cat, as well as the Performance Boat Center cat, also could be ready in time for Key West. (Photo by Jay Nichols/Naples Image.)

With 2014 Superboat-Class World Champion Broadco on the mend from its devastating roll-over during the Super Boat International season-opener in Cocoa Beach, Fla., and reportedly heading to the 2015 SBI Worlds this November in Key West, Fla., a natural question occurs. Will the new Skater 388 catamarans for Stihl and Performance Boat Center—not just a new raceboat but a new Superboat-class racing team—be ready in time to give Broadco a run for its money?

Both boats have been under construction for some time. J.R. Noble, the owner and driver of 2014 SBI Superboat-Class National Champion Stihl ordered his new 38-footer in January. Performance Boat Center ordered its cat two months later. According to Hledin, the Stihl cat is in the primer phase and should be ready for paint next week. As for the Performance Boat Center racer, glassing of its deck to its hull is underway.

Asked if they’ll be ready in time for the upcoming Key West Worlds, Hledin answered without hesitation. “I honestly don’t know,” he said. “What people don’t understand is that I want to get these things done worse than they do. I would love to get them done as quickly as possible but they take time. Why am I taking so long? Not because I want to take so long, that’s for sure. We’re trying to get them done well before Key West.”

“Fortunately, we’re not doing the rigging on these two,” he continued. “That takes even more time. It’s not so easy, trying to squeeze all that stuff into a small package.”

That’s a fact with which Tomlinson and his partner, Mike Thomas at TNT Custom Marine are all too familiar. Tomlinson said his crew can rig the average raceboat, which includes everything from engine and drive installation to engine compartment plumbing and wiring, in 400 to 500 man-hours assuming “not much more needs to be done to the boat.”

“If we don’t have to fabricate dash panels or seat brackets or that kind of stuff, it really helps,” he said. “I like to have to have four to six weeks to get it done. If we were doing nothing else and I had all the manpower to put on one boat, I could probably get it done in three weeks. I have done raceboats for MTI in three weeks, but that’s with all hands on deck.”

The simplest way to determine whether or not either raceboat will be ready for Key West—assuming the Nauti-Marine crew works at roughly the same pace as the folks at TNT—is to back in from November 9-15, the week of the SBI Worlds. Of course, you’d want to add a couple of weeks for on-water dial-in, testing and maybe even a little practice before you throw the boat into competition. So in essence each boat needs to be delivered to its rigger eight weeks before the three-race series begins.

And that translates to an early September delivery of each ready-to-rig hull and deck.

Can Hledin and his crew pull it off? Well, as anyone who can read a calendar knows today is August 18. Fudging a few days, that means the cats need to be getting rigged a month from now at their respective shops.

With its current Skater catamaran repaired for damage sustained at the second SBI race of the year in Marathon, Fla., the Stihl team does have an option if its new boat isn’t finished in time for Key West. In fact, even if the new cat is ready the older one likely will get the nod for the Worlds.

“I don’t want us to put ourselves into a situation where we box ourselves into a last-minute corner,” said Noble. “We currently have a fast boat, and we’re planning on running that boat through the end of the year. But I am considering it, running the new boat, if it’s ready.”

Of course, a couple of new raceboat debuts would add color and drama to the 2015 SBI Key West World Championships, just as the WHM Motorsports Skater catamaran debut did last year. That fact isn’t lost on anyone involved. But will it happen? No one knows for sure.