You are at:Home»Racing»Serious Saris Sunday 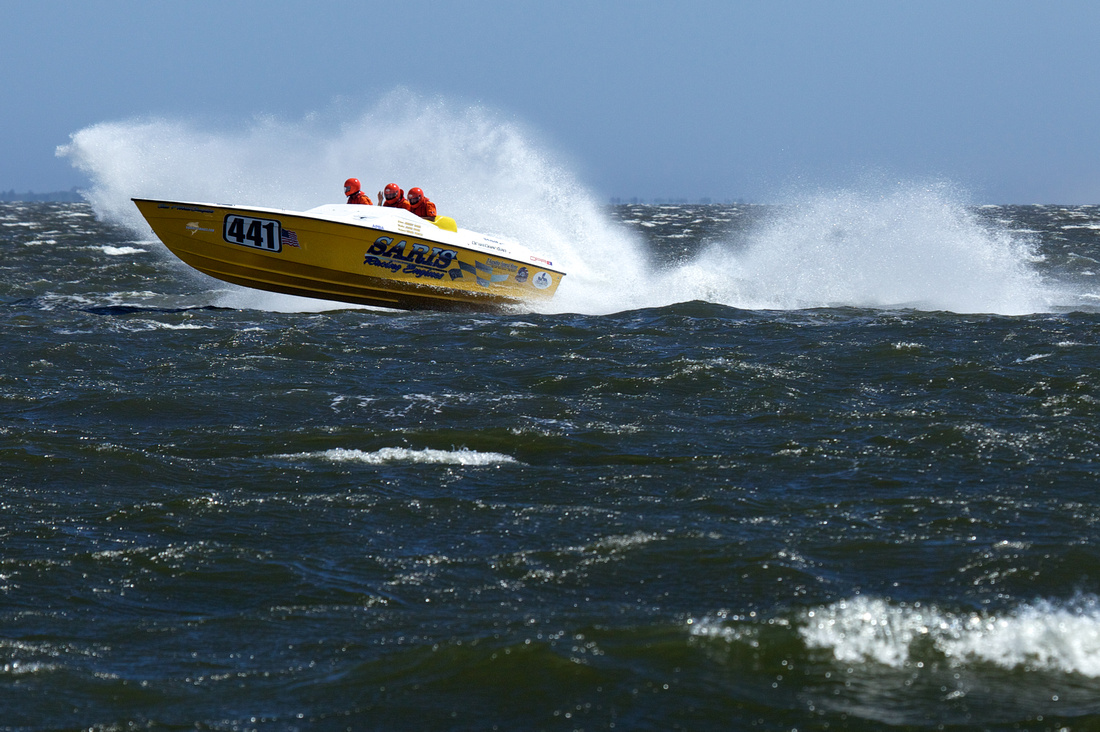 Said Saris on last weekend’s Barnegat Bay conditions: “It wasn’t rough out there, but it was nasty.” (Photo by Tim Sharkey/Sharkey Images.)

Recently released—in the best possible way of course—from the State University of New York in Albany, Johnny Saris did what any college graduate with a major in music and a minor in economics would do within two weeks of getting his diploma. He went offshore racing.

And it turned out to be a smart and productive move, as he teamed up with his father and longtime racing partner, Jason Saris, of Saris Racing Engines in Lake George, N.Y., to take top honors in Class 4 during last weekend’s Offshore Powerboat Association season-opener on New Jersey’s Barnegat Bay. Velocity Racing, another Saris engine-powered boat V-bottom, finished right behind them.

“It was kind of a light turnout,” said Saris of the two-boat field. “We’re not really used to having fleets that small in our class. Each boat was powered by 650-hp Saris engines—ours is naturally aspirated and theirs is supercharged with Whipples on low boost—so we agreed to take it easy until the last three laps. They’re going to the Lake Race next weekend and we’re going to Atlantic City after that, so we wanted to preserve the equipment.

“It wasn’t rough out there, but it was nasty,” he added. “It was really close together, two- to three-foot chop that you didn’t feel when you were going with it or against it. But when you fell into holes during the turns? Man, it sucked. I’m sore.” 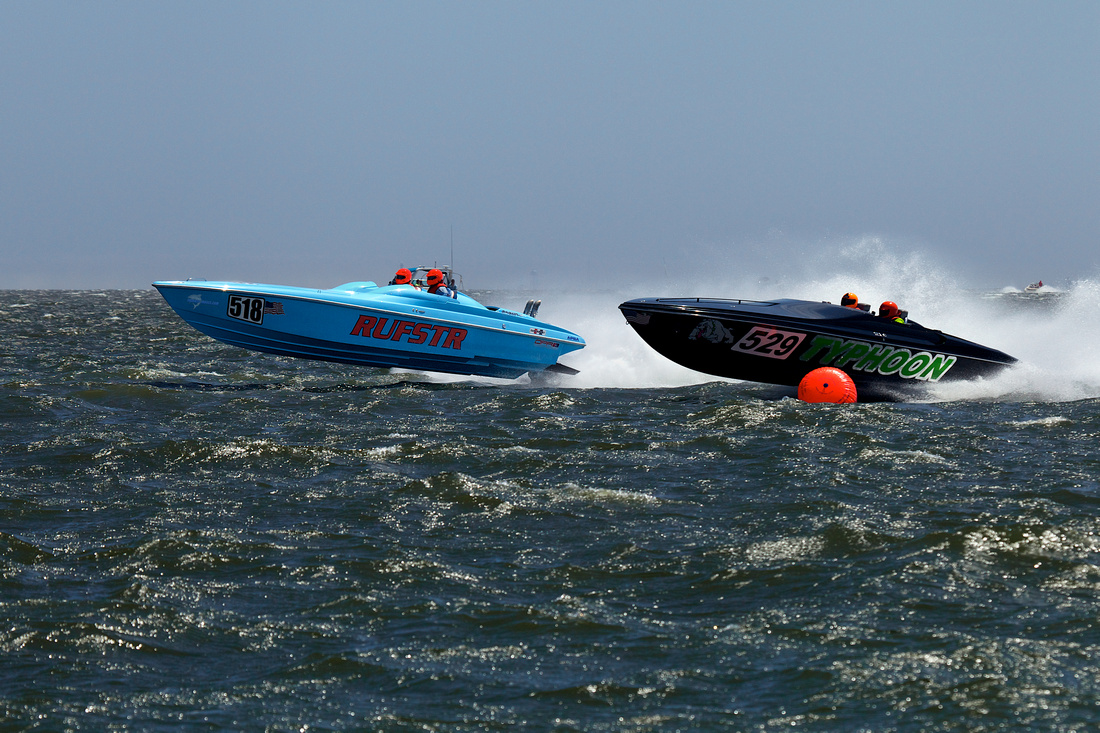 With Saris Racing Engines power, RUF-ster eventually pulled ahead of the competition to prevail in its class. (Photo by Tim Sharkey/Sharkey Images.)

That RUF-str Racing, another Saris engine-powered machine, took first place in Class 5 helped ease his pain. For the father-and-son team of E.J. and Ken Salamone in the 700-hp V-bottom, it was their first win.

“I think there were 11 boats in that class,” said Saris. “They had a really good start and battled for the first five of eight laps. I was told they finally made a move and walked away with it.”

But Saris Racing Engines’ success didn’t end there. While the Class-6 winner Smith Brothers/CRC didn’t have Saris power under the hatch, the team tasked the crew at Saris Racing Engines to dynamometer-test and tune its engine. “They call us their ‘technical partner,’” said Saris. “They dominated their class as well, from what I heard.”

Between now and the OPA Atlantic City, N.J., event June 19-21, there is plenty of time for Johnny Saris to find gainful employment. (Of course, his future employer will need to know that he’s unavailable for overtime work on seven or eight weekends through the middle of November.) For his part, Saris would, like most college grads, be happy to head back to school.

“I told my dad I’d like to go back and start over again, but he didn’t go for it,” Saris said, then chuckled. “So I guess I’ll have to get a real job soon.”

But until that happens and likely after, he can still go offshore racing. Last weekend should provide all the motivation he needs—as if he needed more.