You are at:Home»Racing»The Rising Stock of SuperStock 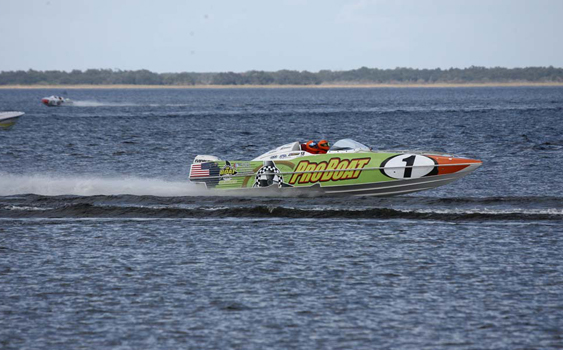 In no small way, Martin Sanborn and the rest of the folks behind P1 SuperStock USA couldn’t have picked a worse time to launch a powerboat racing series when they decided to get going in 2010. The United States economy was on the ropes and the boating industry was hanging from them. And the high-performance segment of the industry? It was dangling by a thread.

Even Sanborn’s biggest fans—and after a lifetime in the go-fast industry with Fountain Powerboats, as an offshore racer and as a broadcaster/commentator he has made quite a few of them—wondered if he’d lost his mind. Not only was the industry in dire straits, offshore racing was continuing its steady decline. The idea of yet another powerboat racing series seemed completely far-fetched, if not outright nuts.

But then something funny happened on the way to the racecourse. Despite the demise of Powerboat P1 Evolution- and Stock-class racing in Europe, what remained—the SuperStock class—began to gain momentum. And the same thing began to happen with the new series in the United States.

Whether it was the affordability of the class—a 28-foot SuperStock V-bottom and its spec 250-hp Evinrude HO E-Tec outboard engine rings in at about $100,000—or the simple no-nonsense format of racing spec single-engine, open-cockpit V-bottoms that top out at 70 mph, the series started to gain traction. In just three years, the class had attracted 10 teams with an outstanding attendance rate at its five-race—all in Florida—series. 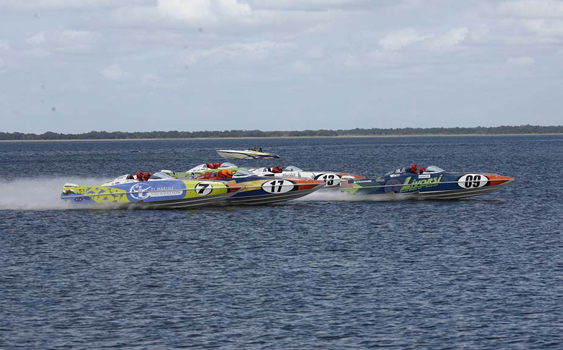 With all of the hulls and power packages the same for all teams, action is often tight—as it was in last weekend’s St. Cloud, Fla., National Championships—in P1 SuperStock USA.

“The boats all come out of the same molds, they’re all the same weight, all the engines are sealed and all the propellers are distributed at each race site and calibrated by Frank and Jimmies Prop Shop in Fort Lauderdale [Fla.],” said Sanborn, the managing director for P1 SuperStock USA. “We’ve done everything we can to make sure that the drivers in boats—not how big their checkbooks are—make the difference.”

And with last weekend’s National Championships in St. Cloud, Fla., in the books, P1 SuperStock USA now has its first official homegrown “stars,” though Team ProBoat’s Andy Biddle and Tracy Blumenstein, both from New Jersey, would be the last people to describe themselves that way. Not only did Biddle and Blumenstein prevail in the four-heat National title battle by just one point against eight other teams, they did so just a couple of months after taking the United Kingdom title in the class.

“That’s what attracted me to it—the parity,” said Biddle, who won an APBA Offshore Factory 1 Class World Title in 1999. “You can’t win with your checkbook. They even check the fuel now. Plus, there’s the camaraderie. We’ve made some great friends here and in the U.K.”

Between the competitors who will return and several new ones, Sanborn said that P1 SuperStock USA could have as many as 15 teams in its ranks in 2014. The series might also add a couple of races to bring the total to seven events. For now, at least, the plan is to keep all the races in Florida.

“In our first year, we ran with the H1 Unlimited hydroplane tour, which was great but we were all over the place and our teams were spending most of their budgets on travel,” said Sanborn. “And that ran kind of contrary to our goal of ‘affordable’ powerboat racing.”

He added, “Our next area for expansion will probably be the Northeast. I think we’re only limited by the number of boats we can build.”

Affordability is among the keys to the success of the series, as are fleet size, parity and visibility for spectators, says Sanborn.

“We don’t really compete with offshore racing,” he explained. “Our boats run 70 mph on a 1-1/2- to 2-mile course that the spectators can see from end to end. And there’s always action. We run a minimum of four heats per event, plus a qualifier.

“We provide a weekend of entertainment that the fans can understand,” he added. “All of the boats on the course are in the same class. The guy who crossed the start-finish line first? He won!” 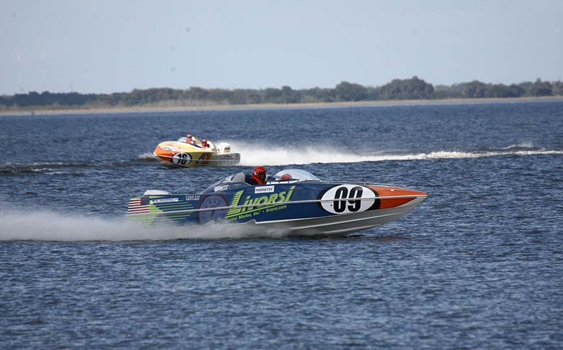 Proof positive of its traction in the States, P1 SuperStock USA has even attracted well-known marine industry backers.

One more key element of the P1 SuperStock USA’s success? Television coverage. According to Sanborn, between the U.S. and European markets, the combined series’ half-hour shows reach 933 million homes worldwide.

“Every country has its own network like ESPN or Sky Sports in Europe or Al Jazeera Sports in the Middle East—we’re on Fox Sports in America,” said Sanborn. “The shows are a half-hour long, and I announce them as if I am watching them live. They mostly consist of highlights from the heats—showcasing the deck-to-deck excitement of the sport—but we’re working on building the characters.”

With the future of Key West, Fla., presently in question for the Super Boat International Offshore World Championships, Florida Powerboat Club owner Stu Jones, whose Key West Poker Run happens concurrently—though independently—of the SBI Key West Worlds, has approached Sanborn with the idea to bring his series into Key West in the event of SBI’s departure. Whether SBI stays in Key West or opts for another venue, Sanborn said he is interested in having the P1 SuperStock USA become part of the Key West show.

“Stu and I have talked about it—we have a great relationship—and he’s told me he doesn’t want to be a race promoter,” said Sanborn. “We would take on the race side of things. But honestly, I would be interested in bringing our fleet to Key West even if SBI stays to make it even bigger, but I don’t know if the current climate allows for that. But as part of an SBI event or not, our boats would be able run completely inside the harbor. And everyone would be able to see the whole racecourse and the action when we ran.”