In the Super Boat International offshore racing world, the term triple crown—a rare feat notable in both horse racing and baseball—was always used in reference to a team winning the Florida, National and World championships in the season.

Well not this year. Marine Technology Inc., in Wentzville, Mo.—with major assistance from Mercury Racing in Fond du Lac, Wis.—took the terminology to a new level in the sport as an MTI catamaran secured the SBI National Championship, followed by the Union Internationale Motonautique Class 1 World Championship and another World Championship at the 35th annual SBI event in Key West, Fla., this past weekend. 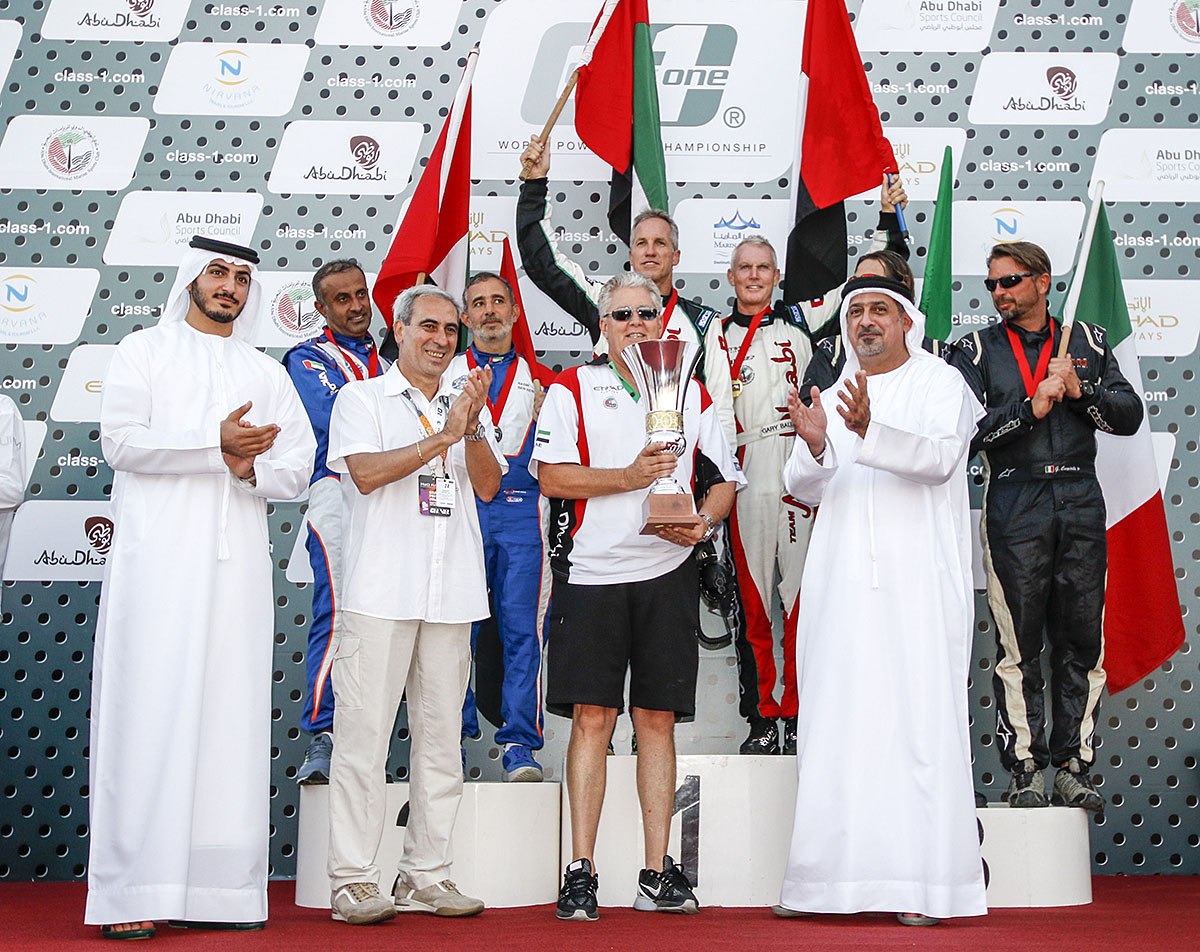 Thanks to an extraordinary amount of effort, MTI can lay claim to something the company, or any company for that matter, hasn’t ever accomplished in the sport of offshore racing. And while there’s nothing official linking the Class 1 and SBI world championships together, for MTI owner Randy Scism and the rest of the MTI crew it is the sports’ triple crown in their eyes. It was in fact Scism’s wife, Cherell, who has been supportive every step of the way from when he was a racer and team manager for the Victory Team in Dubai to his return to their roots in Missouri to start a performance boat company, who proclaimed “MTI wins the triple clown” to me before I even got a chance to ask her husband my first question from inside the air-conditioned RV in the race pits on Sunday.

Scism, who had returned from Abu Dhabi less than a week before, was enjoying a cold beer with his feet up admiring the two CMS team catamarans owned by Bob Bull and the crowd of people waiting to purchase CMS team merchandise. Although he was upbeat about claiming the Superboat Unlimited class world title after taking first on Wednesday and Friday and second on Sunday alongside Bull in the CMS 3 52-foot MTI powered by twin Mercury Racing 1650 engines, you could see it in his body language that he was ready to get home.

“We’ve been on the road for about two weeks, but it’s been well worth it,” said Scism, who congratulated his CMS teammates, Jeff Harris and John Tomlinson, for winning Sunday’s race in the CMS 03 48-foot MTI also powered by Mercury Racing 1650 engines. “We finished 1-2 here in Key West and that’s the best we could hope for. It was a perfect end to a triple crown year with the national title, the Class 1 world championship and now the U.S. worlds all going to teams with MTIs.”

The mid-November end-of-the-year race in Key West was the culmination of a stretch of boat racing that began at the end of September in Clearwater Beach, Fla., at the SBI National Championships. Scism and Bull won the checkered flag that weekend, but it was Harris and Tomlinson who earned the 2015 national championship with the most points in the Superboat Unlimited class after four races.

From there, Scism set his sights on bringing home the first Class 1 title in a non-Victory-Team boat in more than a decade. And he did just that with the support of a hard-working Team Abu Dhabi Team and the Abu Dhabi International Marine Sports Club, which has invested in two MTIs in the past year, not to mention Tomlinson and another American, Gary Ballough, in the driver’s seat of a 48-foot MTI powered by Mercury Racing 1100 engines detuned to 850 hp.

Behind two first-places finishes and a third- and a second-place finish in the last race of the shortened Class 1 season on the Middle Eastern country’s home water, Team Abu Dhabi knocked off the Victory Team, which has won the top honors for the past eight years.

“Winning Class 1 overseas with Team Abu Dhabi is probably the highest honor you can get because we’re competing against some hot teams over there,” Scism said. “Victory Team hadn’t lost in 8 years, and I think it’s been about 15 years since someone in a boat other than a Victory hull, won the championship. It’s a great honor for MTI and for our U.S. partners, Mercury Racing.”

Scism gave a lot of the credit to Team Abu Dhabi for believing in his brand. With its commitment to invest in products halfway across the world, Team Abu Dhabi was the only reason MTI was given the chance to earn the triple crown in the first place.

That’s not downplaying the American championships by any means, it’s just MTI has “been there done that.” And who knows, maybe in a few years the Class 1 title will be a “been there, done that” situation as well.