You are at:Home»Racing»Two For One: Offshore Racing Returning To Fort Myers Beach

Way back in September 2018 when Mike Shepherd, Tim Hill and his wife, Cyndee, began working on bringing offshore racing back to Fort Myers Beach, Fla., for the first time since 2006, they were looking at hosting the Offshore Powerboat Association’s 2019 National Championships. And with their dates set for October 10-12 for the Fort Myers Beach Roar Offshore event, they still are.

But now they have two concurrent events on the docket. In addition to the OPA Nationals, the Fort Myers Beach event will be final stop of the six-race American Power Boat Association Offshore Championship Series being produced by OPA and Powerboat P1. Originally, series organizers Ed “Smitty” Smith of OPA and Azam Rangoonwala had targeted Clearwater, Fla., as the last race of the APBA circuit. That changed last week when Clearwater organizer Frank Chivas confirmed that his venue would be part of the Race World Offshore schedule. 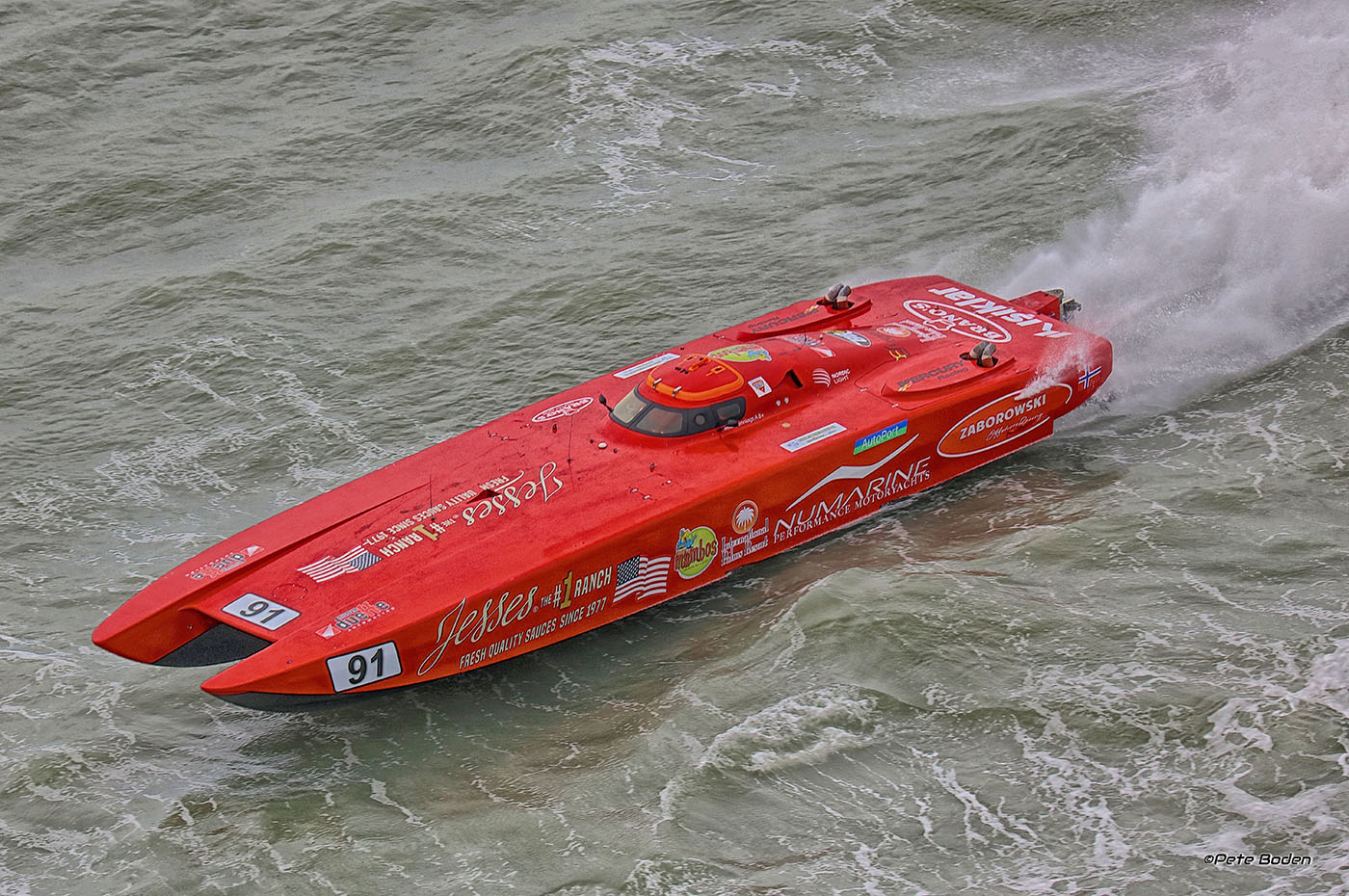 For the first time in 13 years, offshore powerboat racing is returning to Fort Myers Beach, Fla., and Zabo Racing will be part of the APBA Offshore Championship Series fleet. Photo by Pete Boden/Shoot 2 Thrill Pix.

So Fort Myers Beach got the nod, and to say everyone involved is thrilled would be putting it mildly. The famed venue was a regular stop for APBA offshore powerboat races in the 1990s and 1980s—it even included an airshow—and it was missed when it finally went dormant in the mid 2000s.

“People remember the races and how good they were for the local economy,” said Tim Hill. “The second week of October is normally the slowest week of the year for Fort Myers Beach, so people here are really excited about it. And the people at OPA have told me they’ve never seen this much excitement about a new venue.”

Local businesses and spectators aren’t alone in their delight to see offshore races return to Fort Myers Beach. The teams, many of which have never raced there, are eager to tackle its spectator friendly four-mile oval course.

“Fort Myers Beach was a wonderful race site back when I last raced there in 1982,” said Steve Curtis, the throttleman for the Miss GEICO team, which is competing in the APBA series’ Class One International rank this season. “From everything we’ve heard it will be even more spectacular now.”

For Jan Zaborowski’s Zabo Racing team, which was formerly based in Norway and competed on the defunct Union International Motonautique Class 1 circuit, the Fort Myers Beach event will be their first experience in Gulf of Mexico waters off the Southwest Florida beach town.

“From aerial views of the area we can see numerous bars, restaurants, hotels, and other local amenities that will make Ft. Meyers Beach an ideal venue for the final race of the series,” said Zaborowski.

In addition to the Hills and Shepherd, who also is the primary organizer for the Lake Race—the second stop on the APBA Offshore Championship circuit on the Lake of the Ozarks in Central Missouri—the Fort Myers Beach event has a steering committee committed to making the entire a success. The organizers have already secured SunStream Hotels and Resorts as the event’s title sponsor and its DiamondHead Beach Resort and Spa is the official host hotel for the race teams and fans.

The current schedule has teams arriving Thursday and participating in a parade over the Skyway Bridge and into the heart of the Fort Myers Beach entertainment area, where the raceboats will be on display that evening. Teams will test and tune on Friday. The dry pits at Salty Sam’s Marina will be open to all at no charge and will include live entertainment, concessions and a dock party. Racing is set for Saturday, with Sunday as a weather-day if needed. Following the final race of the day, the award ceremony will be held on the beach in front of the host hotel and open to the public.

“We have a really good start, especially for the amount of time we have been working on it,” said Hill. “There’s so much excitement for this event.”