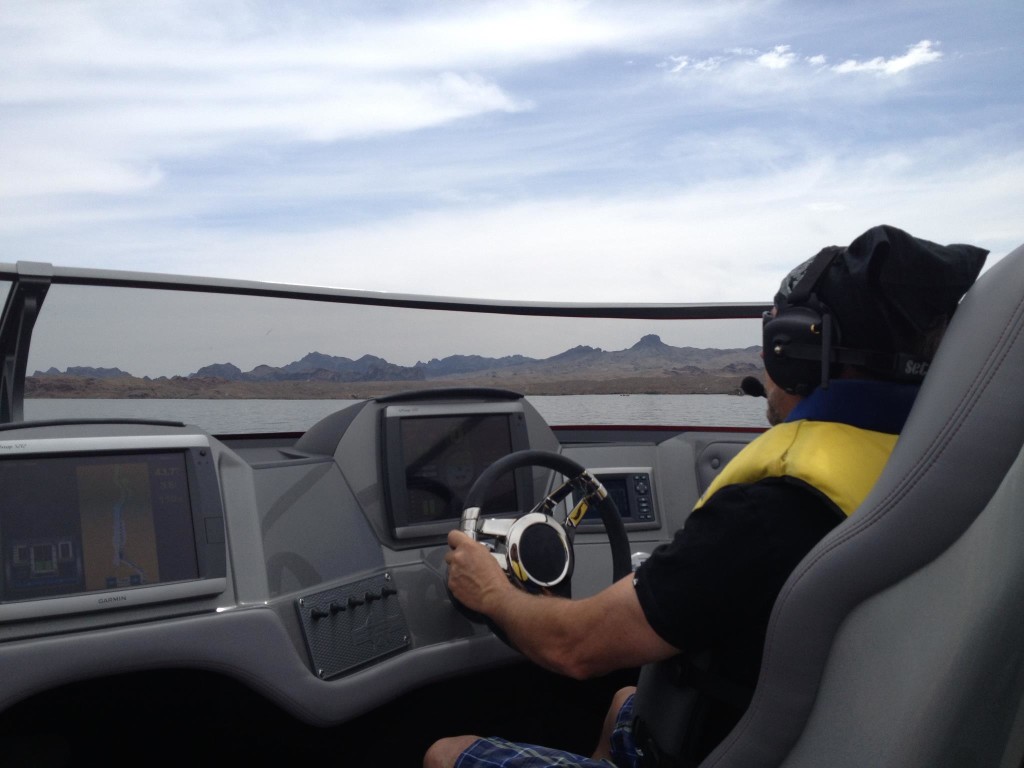 Next up for Tres Martin on the performance boat school front is the annual class before the Desert Storm Poker Run in late April.

With the Desert Storm Poker Run on the horizon in late April and the 2016 high-performance boating season getting underway, Tres Martin, the founder of the Performance Boat School that bears his name, is about to have a lot on his plate. And that’s just the way he likes it. Martin’s current projects include consulting on the bottom design for Sunsation’s next Center Console Xtreme—a 39-footer—model, as well as doing “a little R&D work” on an ill-handling 38-foot V-bottom for a private client.

“I just started doing some preliminary drawings on the 39 for Sunsation,” he said. “It’s going to take some doing. It’s time to clear out my garage and pull out the wood and strings and start laying it out.”

Of course, what’s keeping Martin busiest so far heading into this season is his boat school, which he founded in 2003 and runs with his fellow instructor, Brad Schoenwald. According to Martin, the school’s upcoming courses at Lake Cumberland in Kentucky, the Lake of the Ozarks in Central Missouri, Detroit and Canada are full.

“I don’t think I have as many classes going so far this year, but some of the classes are packed,” he said. “And they are in areas that have been slow for a few years, which is a good sign for the industry.”

“We’ve also been getting a lot of calls from the U.S. military for boat school training,” he said.

Martin said he’s seen a rise in interest in his course from owners of high-performance center consoles—in fact, the school recently added a center console-specific curriculum to its class offerings. Given their exceptional capacity for passengers and the various spaces in those vessels they can occupy, passenger weight distribution can be a significant factor in center console handling. And it’s an issue many center console owners aren’t aware of, he said.

“People don’t understand that if you put two or three people up in the bow of a center console it’s going to change the balance of the boat and how it turns and handles,” said Martin. “As agile as center consoles might seem, they can be very sensitive to weight distribution.

“We’ve had a lot of interest from the performance center console market, as well as from the insurance companies that handle owners of those boats,” he added.

On the overall safety front in the high-performance powerboating world, Martin said he is hoping for a repeat of 2015 this year.

“We had a really decent year last year,” he said. “There weren’t any catastrophic accidents—there were a few incidents but nothing that sent shockwaves through the entire industry. I am hoping we can do that again this year. I am hoping everyone can hold it together. Running performance boats is the last ‘free’ thing we can do. Let’s keep it together. Let’s not ruin it.”