You are at:Home»Teams»Checking in with Miss GEICO’s Gary Stray 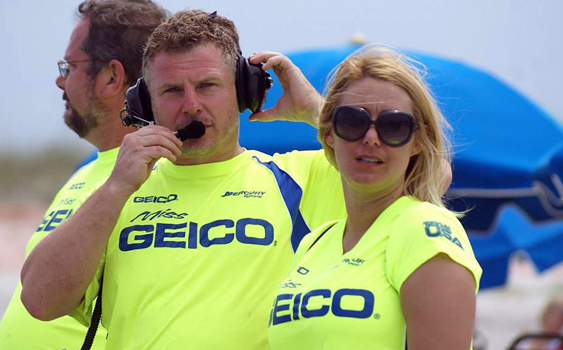 The professionalism of the Miss GEICO team is plain as day thanks to the leadership of Gary Stray and his wife, Louise. (Photo by Mary Tobiassen.)

Although the team’s Superboat Unlimited world championship in Key West, Fla., in November marked the triumphant culmination of an exhausting couple of years for the Miss GEICO Offshore Racing Team, team manager Gary Stray didn’t get much time to bask in the limelight. The fantastic end to a season in which Stray said the team made huge strides was just that—the end, meaning there was a beginning around the corner.

For Stray that beginning came in many forms during the off-season, including removing everything mechanical out of Miss GEICO so it could receive a new paint job in time for the Miami International Boat Show (read the story), preparing a boat to race in Trinidad and Tobago, and finalizing structural and composite plans for the team’s Stray-designed 47-foot catamaran, which he expects to be complete in the next 12 months.

While checking in with Stray earlier this week, he confirmed that the first 47-footer is being built to compete in the Superboat class for the 2015 Super Boat International (SBI) season. While continuing to work on the design, which features an unusual structure that is more like lattice or bridgework than the standard bulkhead/stringer construction, Stray has been consulting with a German composite company and some Florida-based dynamics experts, who will be studying all aspects of air and water flow around the boat. 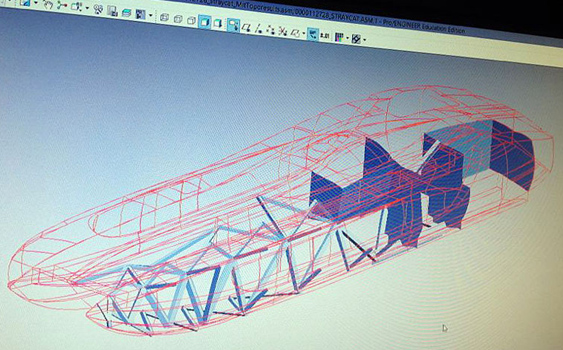 “The new boat is going to be pretty wild,” said Stray, who is married to the team’s office manager, Louise. “We’ve been coming up with some pretty unique shapes, and like a Formula One car, every shape and angle to the boat has a reason for it. We’re not doing anything magical—it’s all facts, figures and numbers. I’ve collected a lot of data over the years on the Mystic and the Victory boats, and I’ve used that information to help design the new boat.

“We’re doing all of the engineering on the front side of this project rather than on the boat itself,” continued Stray, who expects the team to campaign its current 44-foot Victory Team-built boat for the next couple of seasons before switching to the new design. “That should save us a lot of time once we start testing and dialing in the boat.” 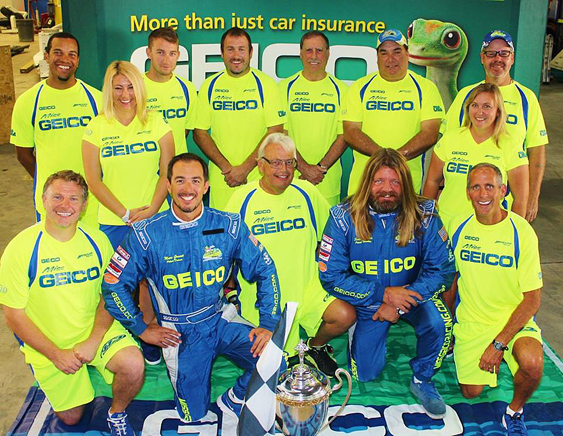 Each and every crewmember played a big part in the Miss GEICO team’s hard-fought world championship in November. (Photo courtesy Miss GEICO.)

Although Stray and everyone else at the team’s AMF Offshore Rigging shop in Riviera Beach, Fla., are already eyeing the SBI season opener in Charlotte Harbor, Fla., as well as races in Biloxi, Miss., and Lake of the Ozarks, Mo., Stray said he’ll also be managing the build of the new boat and other projects.

As for the audio/video side of things on the new boat, as well as various boats coming in and out of the shop, Stray said the shop is now working with Waves and Wheels in Osage Beach, Mo., to offer authorized Waves and Wheels entertainment packages.

“I think I first met Justin [Wagner, owner of Waves and Wheels] when I was with Super Cat Rigging and we were doing the first Corvette boat, the red one from MTI [Marine Technology Inc.],” Stray said. “What I loved about him is mentally, he was a bit like me. He had great vision—we got along really well. He’s going to do all of the sound engineering on the first pleasure boat we do, and we’ll offer Waves and Wheels kits for other boats. When it comes to making everything sound good, we can’t do what Waves and Wheels can so we’re going to let them handle it.”

Rest assured Stray will be handling plenty of other things over the next few months before the new-look Miss GEICO returns to the racecourse.