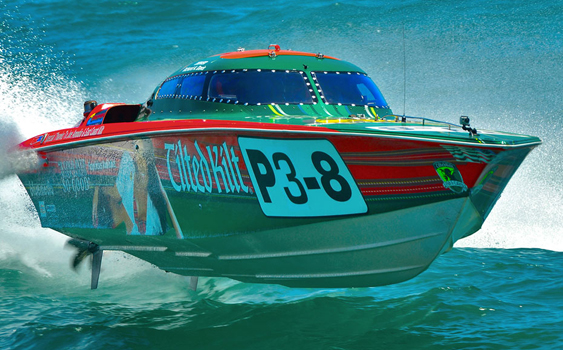 The Team Kilt Offshore Race Team is hoping that the third time is the charm at the Key West World Championships in November.

After securing the 2012 Super Boat International (SBI) National and Florida championships in the P3 class in September, Team Kilt’s Tony Canale and Richard Davis didn’t take much time to celebrate. They remained focused on the team’s ultimate goal—winning a world championship in Key West, Florida.

Following a third-place finish in the P3 class in 2011 and a second-place P4 class finish in 2010, the team is incredibly confident with its setup and experience heading into this year’s three-race event running from November 4-11. Owned and throttled by Canale—who founded Canale Marine, a full-service marine center in Buford, Ga., in 2005—the 35-foot canopied V-bottom from Fountain Powerboats is powered by twin Mercury Racing HP500EFI engines paired with Arneson Industries ASD7M drives.

The offshore race boat is also one of the most well known on the circuit thanks to its eye-catching graphics featuring Kilt Girls from Tilted Kilt Pub and Eatery, one of the team’s primary sponsors along with Canale Marine. Led by Joe Amodio, a Canale Marine customer and friend, East Coast Kilts is the franchise development company that supports the team financially and helps work with the local pubs for team appearances, Kilt Girls race attendance and more. 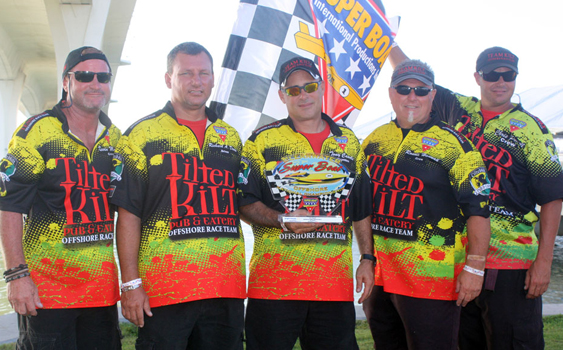 Canale, who started racing the Fountain with Davis in 2010, hopes a win in Key West will bolster the team’s successful and professional track record to attract more support from Tilted Kilt corporate and other potential sponsors. In fact, Canale’s goal is to have a compensated race team with two or three boats competing in different classes in the near future. And he thinks it’s possible thanks to improvements made by SBI.

“SBI has made some good moves to make the sport more marketable,” said Canale, who credits his wife and team manager, Ginger, for allowing him to pursue his boat-racing passion. “From the live streaming of the races online and the ESPN radio broadcasts to the merging of various classes for better competition, I think some great things are about to happen.” 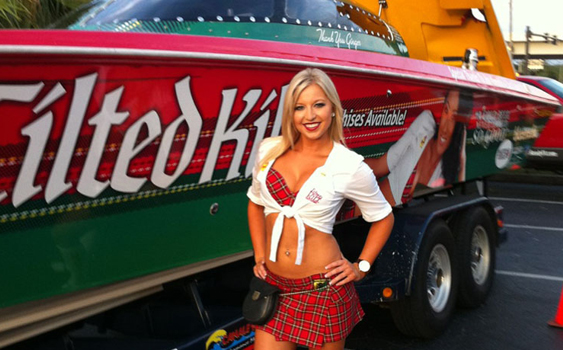 Whether you agree or not, you can respect Canale’s enthusiasm, especially when he said he’d rather lose while racing side-by-side with other teams than win while running around without any competition. His crew, which consists of Ronnie Hannah, Kevin Mark and Chris Powell, feels the same way.

Anticipating tough competition in Key West in two weeks, Davis, who lives in Sarasota, Fla., and has collected numerous national and world championships since he started in 2004, has high expectations for the team and the boat.

“We’re definitely at the peak right now when it comes to boat setup,” said Davis, adding that he has complete trust in his throttleman. “The center of gravity is perfect and the way the Arneson drives work on the boat is unbelievable. We can turn the boat at almost 90 mph and it will turn. The result from a full season with the new setup is noticeable.”

Davis and Canale said they received outstanding guidance and support from Rik Wimp of Arneson before and since the team’s first race with the new drives in New York in September 2011. 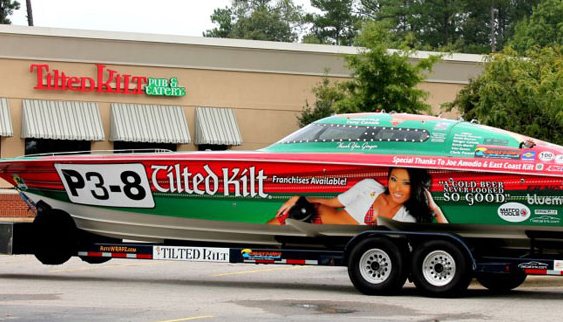 Team Kilt teamed up with more than a dozen Tilted Kilt franchises for special appearances throughout the 2012 season.

“We spent the first year and a half taking this boat apart,” said Canale, who bought the boat in 2009. “We started with Bravo drives and then tried No. 6s with transmissions, but they were too heavy, so we decided to go with the Arnesons.”

Wimp said the surface-drive setup, which features a Velvet Drive transmission, has been installed on a handful of race boats in Europe and the U.S., and is a reliable alternative for Bravo setups on many pleasure boats.

“Tony and his crew are not afraid to get in there and knock things out,” Wimp said. “They told me the boat handles like a dream and that they’re seeing about a 20-mph increase coming through the turns.”

Although it’s taken three years to get to this point, Canale and Davis wouldn’t have it any other way. They relish being the “small-budget team” that gives “100 percent, 100 percent of the time.”

“We try to make every experience a positive and fun experience,” Canale said. “We don’t do this for the money obviously. We do it because we enjoy it and we want to win. We’re fortunate to have good sponsor support and it’s neat to have the boat everyone wants to photograph.”