You are at:Home»Thoughts»Call Summer Long 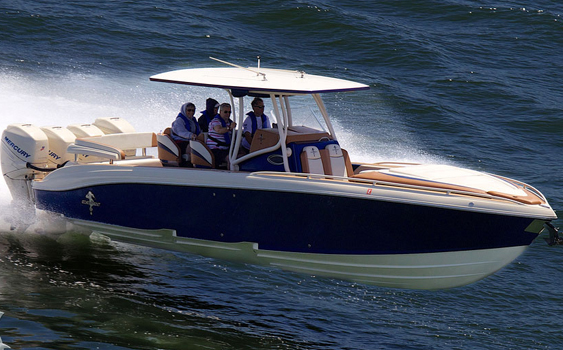 From my doorstep in Belmont, a quiet hillside town about 25 miles south of San Francisco, it’s about three hours—a bit less if you put your mind and foot to it—to Fresno. I know because a couple of Fridays ago I made the drive there to interview Mike Fiore, the owner and founder of Outerlimits Offshore Powerboats, which celebrates its 20th anniversary this month (look for that story in the July/August issue of Speed On The Water digital magazine).

Most folks I know don’t cherish that kind of solo car ride to the middle of agricultural nowhere on a 90-degree day, but for me, well, it’s a little bit of heaven. Why? Because it’s about the only time I can’t use my laptop to write, publish or answer email. So I turn to my iPhone and catch up on phone calls.

At the beginning of the Pacheco Pass outside of a fragrant farm town called Gilroy—the signs that declare the place “The Garlic Capital of the World” really aren’t necessary—I caught up with Jason Johnson, my co-publisher/editor at speedonthewater.com, who was on-hand for the Texas Outlaw Challenge in the Houston area. A former Powerboat magazine editor, Johnson has covered a lot of go-fast boat events. Still, it’s safe to say he was blown away by the hardware at the Texas event, which attracted more than 165 world-class catamarans and V-bottoms. 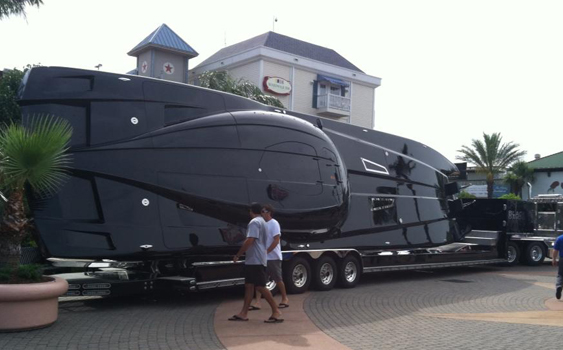 Hardware at the Texas Outlaw Challenge was as good as it gets. (Photo by Jason Johnson.)

My signal dropped in the middle of the mountains and Johnson was gone, which was just fine as we’d covered what we needed to in our brief chat. As soon as I had a solid signal again, I called Pier 57 Marine owner Scott Sjogren, whom I had been playing phone tag with for several days. Sjogren picked up on the second ring because he, too, was on the road. He was headed to the Thunder Run on Kentucky’s Lake Cumberland, as Pier 57 was one of the sponsors for the event, which broke the 100-boat mark this year.

When I told Sjogren that I’d just spoken to Johnson at the Texas Outlaw Challenge, he laughed. “Yeah, I’d really like to be there, too, because Pier 57 is a sponsor. But you can only be in one place at a time.

“You know, take nothing away from what Stu [Jones] does with the Florida Powerboat Club—I support his events too—but these regional poker runs are really coming on,” he continued. “They give people willing to travel a bit an opportunity to see new places and meet new people. And because most of the organizers only have one event to plan all year, they can really deliver a lot of value to the participants and the sponsors.”

I wanted to pursue that line of discussion with Sjogren, but my signal dropped near the frightfully low San Luis Reservoir. That was OK—once started on any topic, Sjogren and I can wear out the very best mobile phone batteries, and I had another call to make. I needed to touch base with Tony Esposito, who was covering the New Jersey Performance Powerboat Club’s Atlantic City Poker, the first part of the new Atlantic City Festival of Speed, that day for the site. 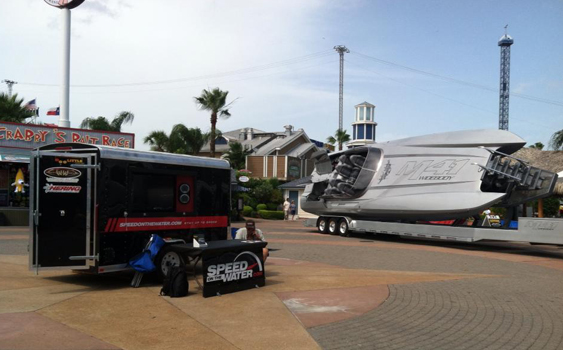 As the Texas Outlaw Challenge just started to get rolling, Jason Johnson manned the speedonthewater.com display.

It was just before noon my time so I knew he’d be off Charlie Amorosi’s 34-foot Statement center console.

“I haven’t been to New Jersey for a long, long time,” Esposito told me as I hurtled along Route 152, one of the worst excuses for a four-lane highway I’ve seen in some time, toward my destination. “They had 30 to 35 boats in the poker run, and I can’t tell you how impressed I am with everything and everyone here. It’s quite a set-up. But I have to go get going. There are some people I have to talk to if you want this story tonight before I go out to dinner with [NJPPC president] Dave Patnaude and the guys from the Wounded Warriors Project.”

This time, I only pretended to lose the signal, because I firmly believe that you never mess with a writer on deadline—especially one you’re paying. 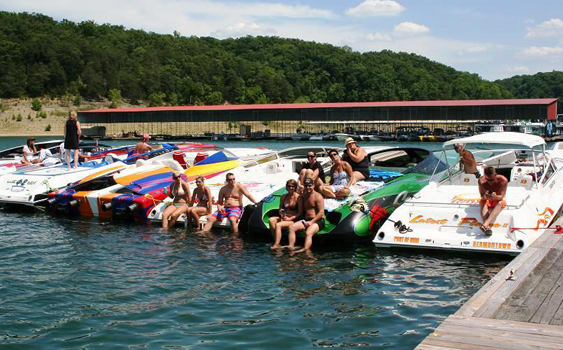 The Thunder Run on Lake Cumberland broke the 100-boat mark.

Fresno and a long interview with an old friend loomed less than an hour in my future. I was about as far from the water and a go-fast boat as anyone would want to be. It was hot, dusty and plain old ugly.

And you know something? I was good with all of it. On the same weekend in June, there were at least three top-notch go-fast boat events happening in different parts of the country—and Johnson and Esposito were bringing back the stories from two of them.

I’d made my calls, and the go-fast boating event news was good. Now it was time to get back to work.