You are at:Home»Thoughts»Commentary: Unbroken Circle 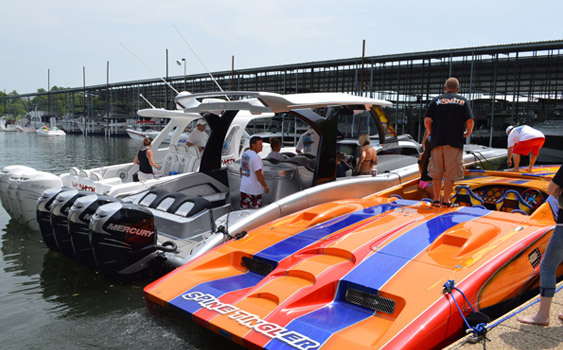 Friends of the late engine builder Brad Smith descended on Grand Lake last weekend for a poker run in his honor.

Early Sunday evening, after I finished writing a wrap-up of the Brad Smith Memorial Poker Run on Oklahoma’s Grand Lake, I poured myself a strong Father’s Day drink and watched the last two quarters of the NBA Finals on television with my 20-year-old son, Alex. My 16-year-old daughter, Anna Rose, popped in and out of her room between Face Time chats with some boy I hope I never meet—he doesn’t know this yet, but he really doesn’t want to meet me, either.

And I realized as I watched the Spurs demolish the Heat with my son, a journalism student at the University of Oregon and the biggest and most knowledgeable sports fan I know, that my kids were enjoying something Brad Smith’s youngest son and daughter will never know again. That thought made me catch my breath.

As a journalist, when you write and report on death you need to disconnect from those who died, no matter how well you did or didn’t know them. Otherwise, you become overly emotional and ineffective. You spout platitudes rather than reporting what’s going on—or worse, you write about “your relationship” with the deceased. You fall into commentary when, at least at the time, your job—your professional responsibility—is observing and reporting.

Last Sunday night with my kids, I let myself connect for a moment. And as I said, I had to catch my breath.

But what brought me back from the sorrow—and I mean damn quickly—was the joy of having reported what happened last Saturday in Oklahoma. Thanks to Brad Smith’s friends, family and marine engine customers, close to $30,000 was raised for a trust fund for his children. 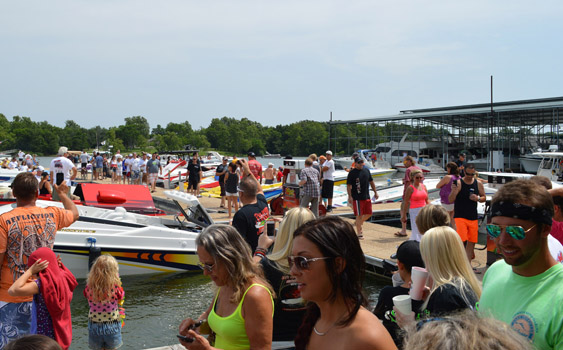 And that’s just part of what’s been happening since Smith and his friend and customer, Jeffrey Asbell, were killed in a high-performance boating accident nine short months ago on Lake Cumberland in Kentucky. Thanks to Smith’s dear friend Travis Reed, engine builder Eddie Young, and the remaining crew at Smith Power, the business that Brad Smith started has a chance to survive into the future. (Read the story.) Of course, there are no guarantees, but with Young’s visit to the shop and his EFI engine-tuning dynamometer tutorial for members of the staff, there’s hope.

Brian Smith, Brad Smith’s brother, came to Grand Lake last weekend. So did their mother, as well as Smith’s widow, Krissy. As Brian Smith said, it was an “emotional and overwhelming day” for all of them. But above all, it was joyful.

“It was spectacular—the support was just crazy,” he said. “You can’t believe the commitment and generosity of the boating community.”

As it happens, I can believe the commitment and generosity of the boating community because I’ve seen it again and again during the years. And I reported on it again last weekend.

I just needed to catch my breath when I was finished.