You are at:Home»Thoughts»One Wild Weekend in June 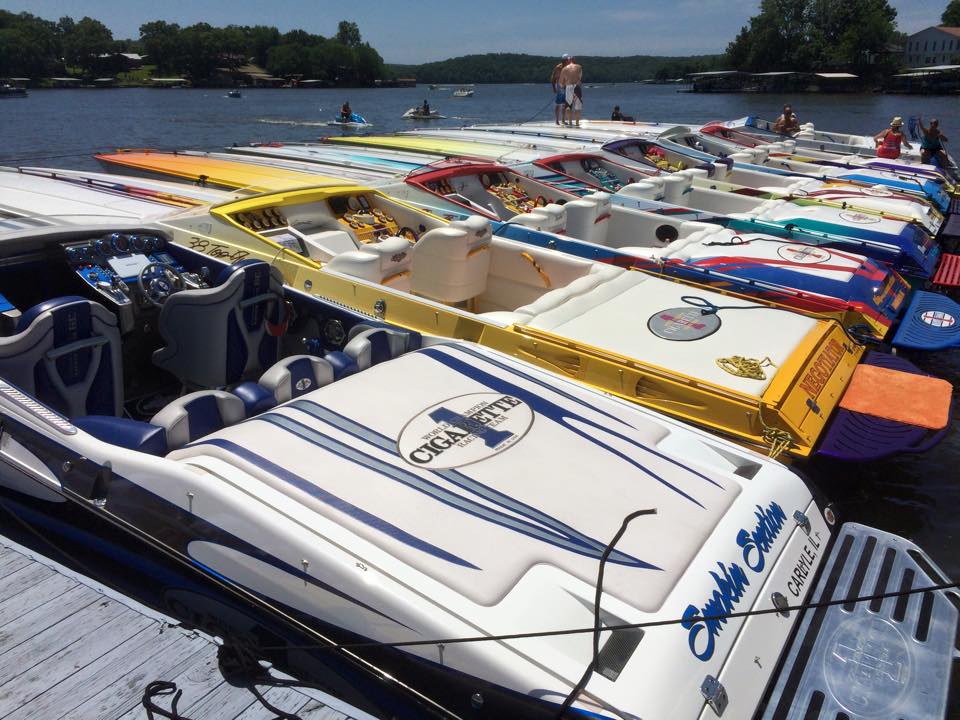 The Cigarette Racing Team Owners’ Rendezvous on Missouri’s Lake of the Ozarks was one of several powerboat-related events across the country last weekend. (Photo courtesy of Performance Boat Center.)

Any weekend that includes a powerboat rally and offshore race in Atlantic City, N.J., coupled with the wildly popular Texas Outlaw Challenge is one worth dedicating some serious coverage to right here on OffshoreOnly and on the daily news site, speedonthewater.com. Compound that with another three well-attended events in the States and one in Canada over the same few days in mid-June, and we’re talking about a weekend of enormous proportions.

That was the case this past Father’s Day weekend, the same one I previewed in this column about four weeks ago (read the story), and that’s exactly why speedonthewater.com featured correspondents in New Jersey, Kentucky and Texas. Between Matt Trulio—my co-publisher of speedonthewater.com and fellow OSO columnist—and contributors Yvonne Aleman, Pete Boden, Jacob Davis, Tony Esposito, Jay Nichols, Tim Sharkey and Jim Winters, we finished with timely coverage and the following 11 stories:

Of course the exclusive Cigarette Racing Team Owners’ Rendezvous hosted by Performance Boat Center provided an excellent, far-reaching story as 50-plus owners gathered to celebrate the iconic brand for the first time on Missouri’s Lake of the Ozarks. Three other notable poker runs also took place—the Lake Cumberland Thunder Run in Kentucky, the Hartwell Lake Poker Run in South Carolina and the Muskoka Lakes Parade of Power Charity Regatta in Canada—and because traveling everywhere all the time isn’t feasible or economically sensible, we rely on our journalistic skills and experience—and contributors such as those I mentioned above.

Trust us, visiting new locations, boating and partying with old friends and making new ones, buying a few drinks for our supporters, and potentially generating more stories is a lot more fun than constructing stories from afar—but that’s not the job. The job is getting stories together in an effective and timely manner whether we’re there or not. The job is solid, basic reporting. It’s about coverage, not participation.

That’s the beauty of the fast-paced media environment we’re immersed in nowadays, and that’s why being able to utilize resources, which include correspondents, participant interviews, real-time on-site photography, every piece of technology available and more, is essential to providing the timely coverage this passionate community of performance boaters deserves.

Yes, last weekend was extraordinary, but it doesn’t matter. If another weekend includes two offshore races (coming up Independence Day weekend) or just a single poker run, you can count on consistent, timely, quality coverage right here and on speedonthewater.com on a weekly and daily basis. That’s what we do—it’s our job. Because while being on hand for the biggest parties of the year is a lot fun, that’s not what it takes to do the job.