You are at:Home»Thoughts»What’s In A Screen Name? 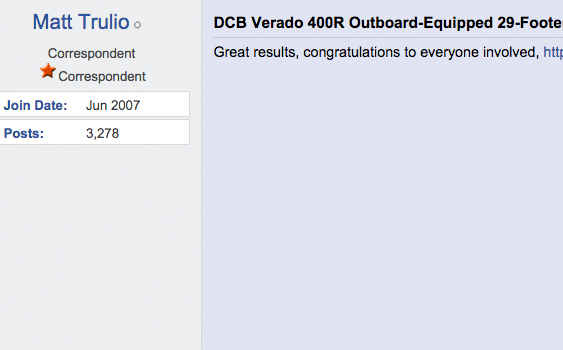 When it comes to screen names, they run the gamut from direct to obscure.[/caption]

When I was young and dinosaurs roamed the earth, I wrote for a bi-weekly newspaper in Santa Monica, Calif. For the first few issues, seeing my name in print was a big thrill, at least until one fine morning before 8 a.m., when a reader called to inform me that a story I’d recently written on lifeguard staffing cutbacks—always a hot topic in a beach town—was “crap” and that I was “garbage.”

I was devastated (though looking back on it I have to admit she was right, at least about my crappy story). On that day, I learned that bylines are not about ego. They’re about accountability for what you write. They’re about ownership of what you produce for public consumption.

That matters a lot in the world of professional journalism where reputations are at stake, readers scrutinize every word and libel isn’t just some abstract concept often confused by the general public with slander, the spoken version of the same thing. First names, nicknames, no names—none of them cut it as bylines in that media world. Again, it’s not about ego. It’s about accountability. In print or online journalism, if you write it you own it, so you better have your name on it.

But for whatever reason—and for the most part I think it’s a very good thing—most of us don’t use our “real” names in the online message board/community world. We use screen names. Screen names protect our identity, and while that would present big problems in professional journalism—and the digital age hasn’t changed that—it presents unlimited opportunities in the message board realm.

Screen names give people anonymity, which in turn gives them enough confidence to participate in online discussions, and that’s wonderful. And I suppose screen names protect privacy to a degree, though as someone with a name, mobile phone number and email address posted on a highly trafficked website I have to admit that very few crackpots actually reach out to me. (The line between privacy and paranoia is very fine, folks.) So even if a screen name was an option for me, I would not use one.

My current favorite screen name on offshoreonly.com is ICDEDPPL. For those of you who don’t get it—and I didn’t until I spoke to its owner Daniel Baloun and he said it out loud—it translates to “I see dead people,” a memorable line from the supernatural movie thriller, The Sixth Sense. As it happens, that’s one of my favorite movies. Plus, anytime I walk into a government agency such as the Department of Motor Vehicles, those four words come to mind. And I laugh.

Next up is T2X, the screen name used by Rich Luhrs, a former high-performance catamaran builder and offshore racing commentator. The T2X, as I understand it, was some kind of outboard engine beast from the early 1970s. Someone should let my friend Rich know that there have been some wiz-bang breakthroughs in the outboard world since then. Still, I appreciate the nod to go-fast boating history and his unmatched command of it in his online handle.

Other screen names are a little scary. I don’t know who Soggy Bottom is, for example, and I’m not sure I want to. (Sorry Soggy, I’m sure you’re a great guy or gal, but I don’t want to meet you until your britches are dry.)

Some are profession-related. Dr. Pete is a dentist, as is his friend Wrinkleface, a screen name that has everything to do with Wrink’s dog and nothing to do with his own happy mug.

Some screen names are obvious. Everyone knows, for example that Miss GEICO Racing is the boat’s driver, Marc Granet, because Scott Begovich, it’s throttleman, doesn’t speak. (If Marc and Scotty were Penn & Teller, Scotty would be Teller.) But Marc speaks—a lot. Some screen names are boring—OSO moderator Greg Harris goes by “Cash Bar” because he used to be a bartender, and his bartending earnings paid for his first boat. (Out of respect for Greg and fear for my life, however, I would never call him boring face to face.)

And then there are screen names that are particularly blunt and direct, my current favorite in that category being, Thisistank. Forget that Tank Sears, the guy who uses it, is a longtime friend and sometime contributor to Speed On The Water digital magazine. (Yes, we’ve actually paid this character to write.) I like his blunt, “Hey, I’m here, deal with it” handle. The only way to be more direct would be to use a byline, which as you can read (and have read) my profession obligates me to do.

Do screen names make some people too bold? Absolutely—and if you’re ever wondering, “Should I write and post this?” just ask yourself, “Would I be willing to put my name and picture on it?” before you do. That should answer your question.

But you know what? Being a First Amendment guy to the core, I can tolerate the occasional knuckle-dragger who believes personal attacks launched under the cover of anonymity are OK, because most civilized people don’t behave that way. Healthy debate and reasonable discussion are worth the risk.

If I had a screen name, it would be AlexAnnaDad, not too tough to figure out where that one would come from. But I can’t, so I don’t. I’m stuck with a plain old byline forever, which means that you can call me to say I’m garbage and that this column is crap.