You are at:Home»Top Stories»2018 Stories Of The Year, Part I: Another Memorable Year

The word “fun” gets thrown around a lot when people talk about my job, as well as my partner Matt Trulio’s job. To be certain, we do have enjoyable jobs, but it’s not all fun and games. In the case of our annual Stories of the Year columns—this is our sixth year compiling this list—coming up with the top stories is actually one of the fun aspects of the occupation.

It’s an especially fun exercise to look back on all that happened in the industry, including record-breaking donations made by events such as the Boyne Thunder Poker Run, the Lake Powell Challenge and the Lake of the Ozarks Shootout , game-changing industry innovations and national and world championships—congrats Shaun Torrente on becoming only the fourth American driver to finish atop the F1 H2O World Championship standings in December. There really are so many incredible stories to choose from; coming up with just 10 is never easy.

What follows are my five choices for the 2018 Stories of the Year. Trulio’s selections will go live on the OffshoreOnly.com home page on Thursday, Dec. 27. As mentioned, these are our choices based on news value and general interest, not to mention website traffic and trends in the industry. You may have some better ideas, and we’d love for you to share those with us, but this is our list and we’re sticking by it. So without further ado, here are my picks for the top five stories—starting with one I wish I never had to report—of 2018. 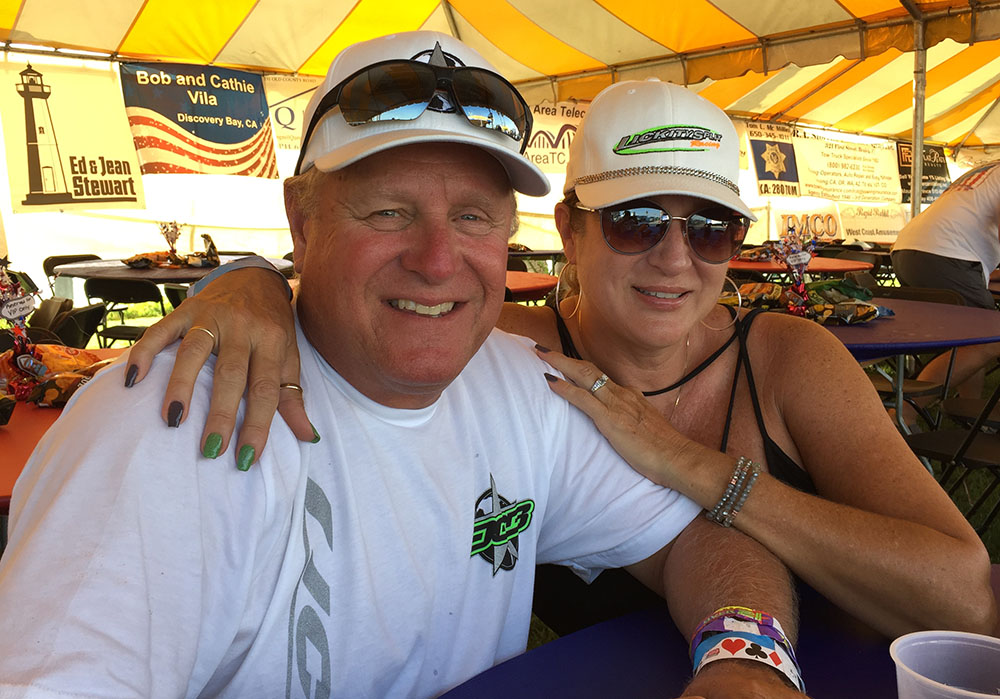 That was the headline I chose when I wrote a feature on the incredibly detailed DCB Performance Boats M35 Widebody catamaran, Lickity Split, in the Speed On The Water July/August 2015 digital magazine. Words I wish now, I never wrote. Losing Brad Kloepfer, his wife Connie, and their friend, Paul Selberg, was an incredibly gut-wrenching feeling, something that everyone has felt in their lifetime. But witnessing Kloepfer’s best friend—J.P. O’Donoghue, the owner of the bright green 35-foot catamaran that crashed on Arizona’s Lake Havasu in April following its appearance in the Desert Storm Poker Run Shootout with those three people on board—learn that he’d lost Brad, Connie and Paul, took that gut-wrenching pain to a different level. J.P., I love you buddy and hope to never have to experience anything like that with anyone again. Brad was an incredible ambassador for DCB and performance boaters in general. He treated everyone with respect and I hope to emulate that in my interactions with boaters across the country and the world. RIP Lickity Split. 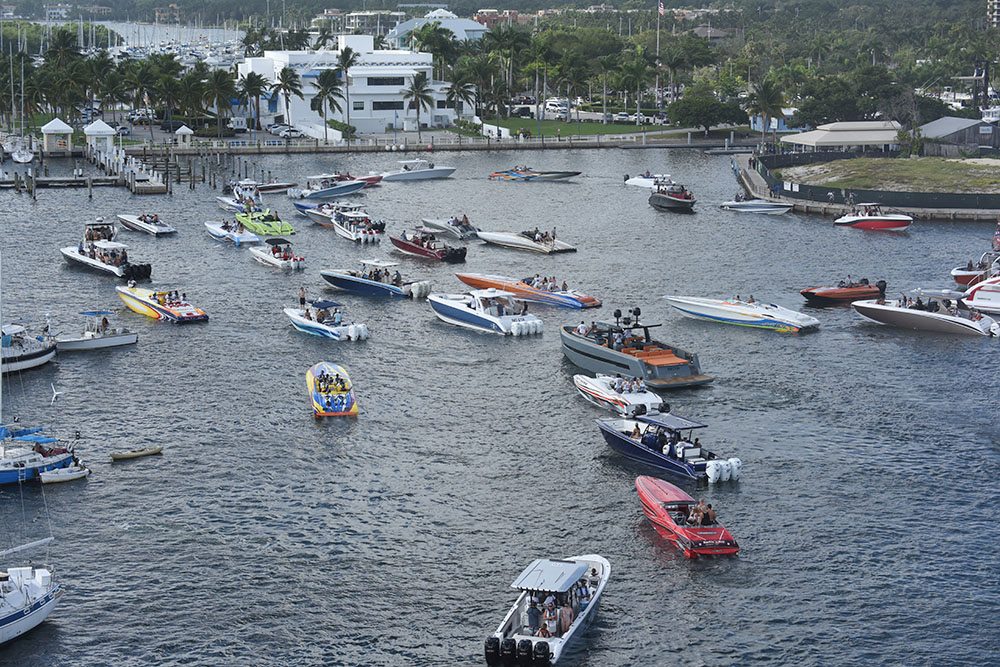 On a more positive note, the annual Key West Poker Run hosted by the Florida Powerboat Club reached a number it hasn’t seen in more than a decade, according to club president Stu Jones. With a jaw-dropping 213 boats registered for the early November poker run, which included runs from Miami to Key West on both Wednesday and Thursday, the fleet was as impressive as its ever been. With V-bottoms, center consoles and catamarans of all shapes, sizes and power packages, the club’s entry list was as diverse as its ever been. “I’m not sure if that’s a record (boat count) for this event, but it’s pretty darn close,” Jones said. “Either way, it’s been more than 10 years since we’ve had more 200-plus boats registered.”

MTI showed off one of its impressive 57-foot center consoles during its annual Owners Fun Run in the Florida Keys. Photo by Pete Boden/Shoot 2 Thrill Pix

The Bigger The Better

The boats may be a little much for some, but for some they are exactly the right size. I’m talking about the new oversized center consoles from the likes of MTI and Nor-Tech, which are 57 and 56 feet respectively. For Nor-Tech, the Fort Myers, Fla., company that is no stranger to large boats with its 80-foot yachts it produced many years ago, its popular center console line of 34- and 39-footers has grown over the past few years to include a 45-footer and the imposing 56-footer. In the MTI camp, the Wenztville, Mo., builder debuted two new stunning MTI-V 57 models—a sweet entertainment platform at the Miami International Boat Show in February and a pure fishing-focused edition at the Fort Lauderdale International Boat Show in October. There are also larger models that were introduced—or coming soon—from other companies, including the new 40 CCX that Sunsation Boats rolled out this summer.

All eyes were on the 40-foot Fountain Powerboats V-bottom in late February as the company attempted to set a new V-bottom kilometer speed record. Photo courtesy John Petry

Mainly because of the effort—make that the continued effort—by the team at Fountain Powerboats and its overarching company, Iconic Marine Group, this story was arguably the most compelling one of the year. While the company’s 40-foot canopied V-bottom powered by twin turbocharged Sterling Performance Engines fell short on its attempt to break the American Power Boat Association Unlimited V-bottom kilometer speed record, the attempts, which took place multiple times in late February, had performance boat enthusiasts around the world focused on the Washington, N.C., and the fast waters of the Pamlico River.

The American Ethanol Mystic catamaran won its fourth straight overall Top Gun trophy at the Lake of the Ozarks Shootout in Missouri. Photo by Pete Boden

Of course, this year’s event was extra special for personal reasons as the organizers honored me and four other deserving members by inducting us into the Bob Morgan Memorial Lake of the Ozarks Shootout Hall of Fame. Overall though, the 30th annual was pretty special because of the anniversary as well as the amount of money that was raised at the Central Missouri event that was held at Captain Ron’s Bar and Grill for the 10th year in late August. There were several strong performances on the 3/4-mile course and, once again, American Ethanol—Don Onken’s 51-foot Mystic Powerboats catamaran driven by Tony Battiato and throttled by John Cosker—earned the overall Top Gun award with a 204-mph pass.