You are at:Home»Top Stories»2018 Stories Of The Year, Part II: More Memorable News

For positive news stories with even greater implications for the future, 2018 was an epic year. That made choosing the top 10 stories of the year—you probably read Offshoreonly.com’s columnist Jason Johnson’s excellent piece on detailing the first five yesterday—more challenging than usual.

But then, that’s a great problem to have. Johnson handled his part of this annual two-part series. Now, it’s my turn.

With a new V-8 outboard engine platform to build on, the future is bright for Mercury Racing and Mercury Marine.

While there is endless speculation on the offshoreonly.com message boards and beyond, no one outside of Mercury Racing really knows exactly what’s next for the company with Mercury Marine’s V-8 outboard engine platform. At present, Mercury Racing has one naturally aspirated outboard offering—the 300R—based on the 4.6-liter powerhead. Precisely what the Fond du Lac, Wis., high-performance marine engine company will release and when it will release it remains a mystery. Expect the unexpected and you probably won’t be disappointed. 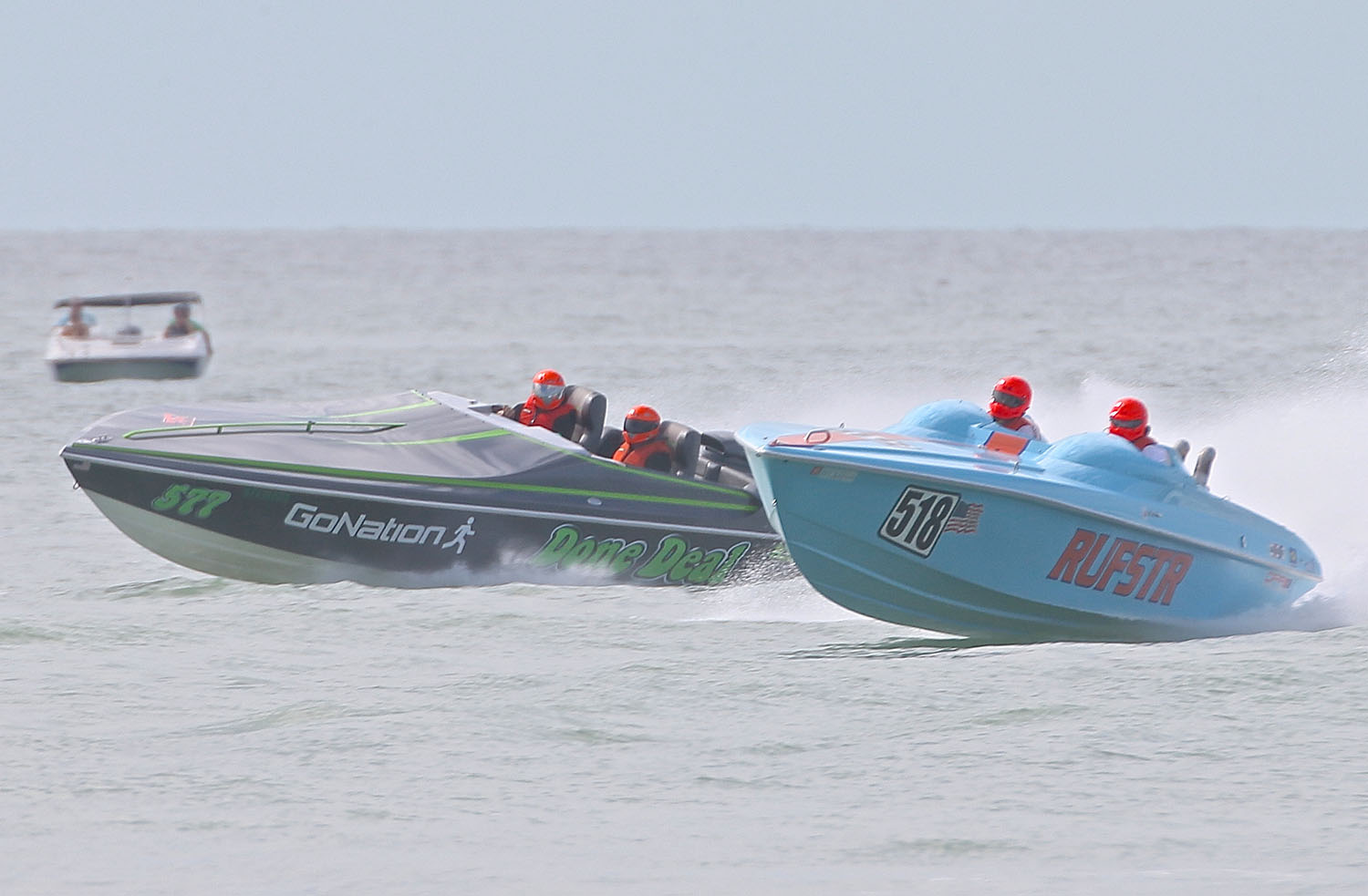 A six-race OPA/Powerboat P1 series could deliver the kind of unity so desperately needed in offshore racing. Photo by Pete Boden/Shoot 2 Thrill Pix.

Let’s be brutally honest: Much of the 2018 offshore powerboat racing season was a hot mess that finished with a whopping 30 boats at the Super Boat International World Championships in Key West, Fla., after a three-race regular season. So the news of the Offshore Powerboat Association partnering with Powerboat P1 on a six-race series next season is welcome and positive. Will Race World Offshore, the new Key West-based race-production launched in late 2017 fade out of the picture? The answer is no according to key RWO figures Larry Bleil and Rodrick Cox. Either way, with four of its five venues secure for 2019 at this year, the OPA/Powerboat P1 series looks promising. 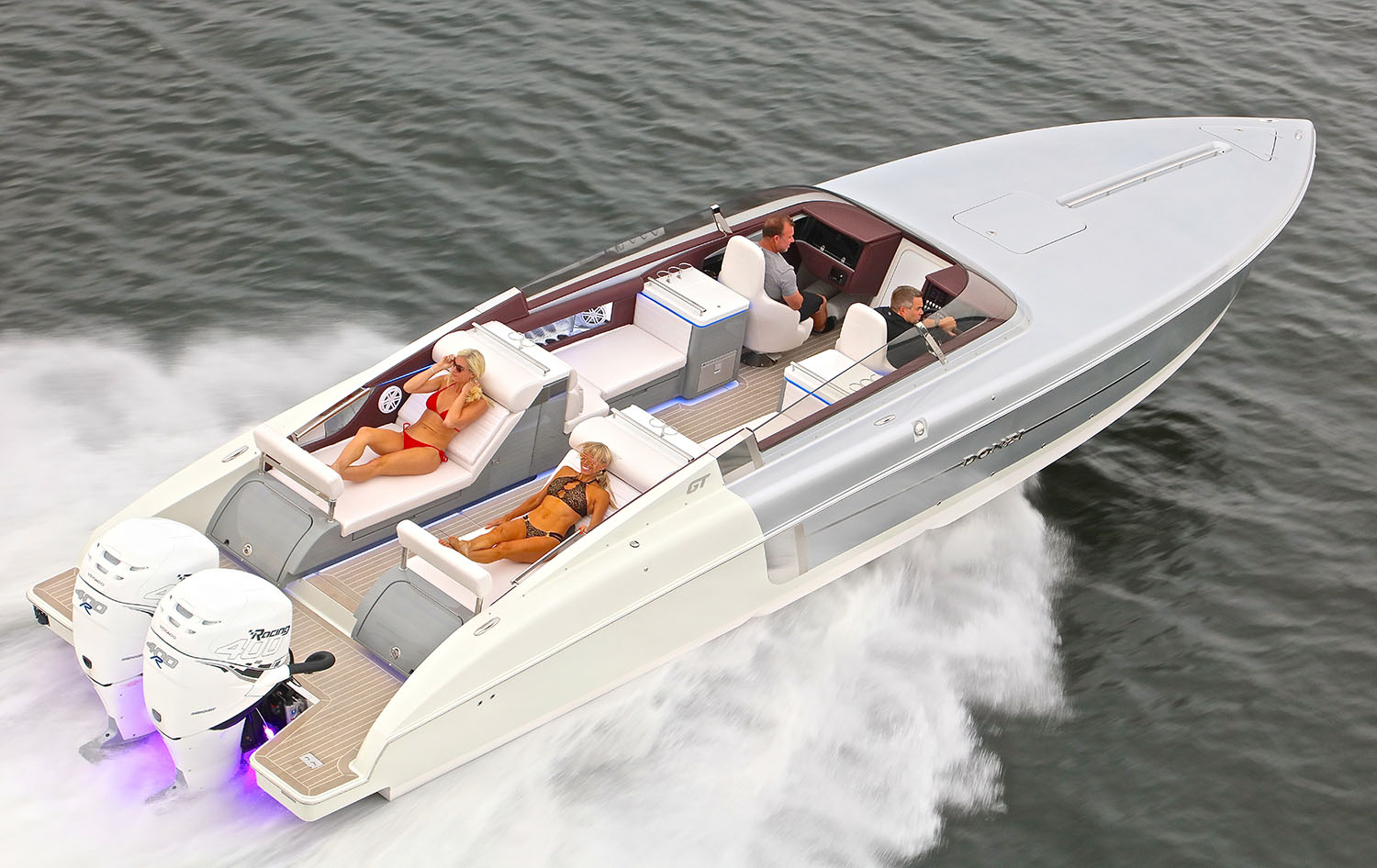 The new 41 GT is just the beginning of Iconic Marine Group’s revival of the vaunted Donzi brand. Photo by Pete Boden

Whether you love or hate the new Donzi 41 GT, the first new model introduced to the brand by Iconic Marine Group, really isn’t the point. Tastes vary and high-performance sportboat purists may bristle at the 41-footer’s open-cockpit-layout and outboard engine-power. The point is simply this: Iconic has begun reviving a spectacular and coveted powerboat brand. You might not dig the direction of the company’s first effort, but it’s one of several more releases to come. And if you love Donzi, you have to love that. 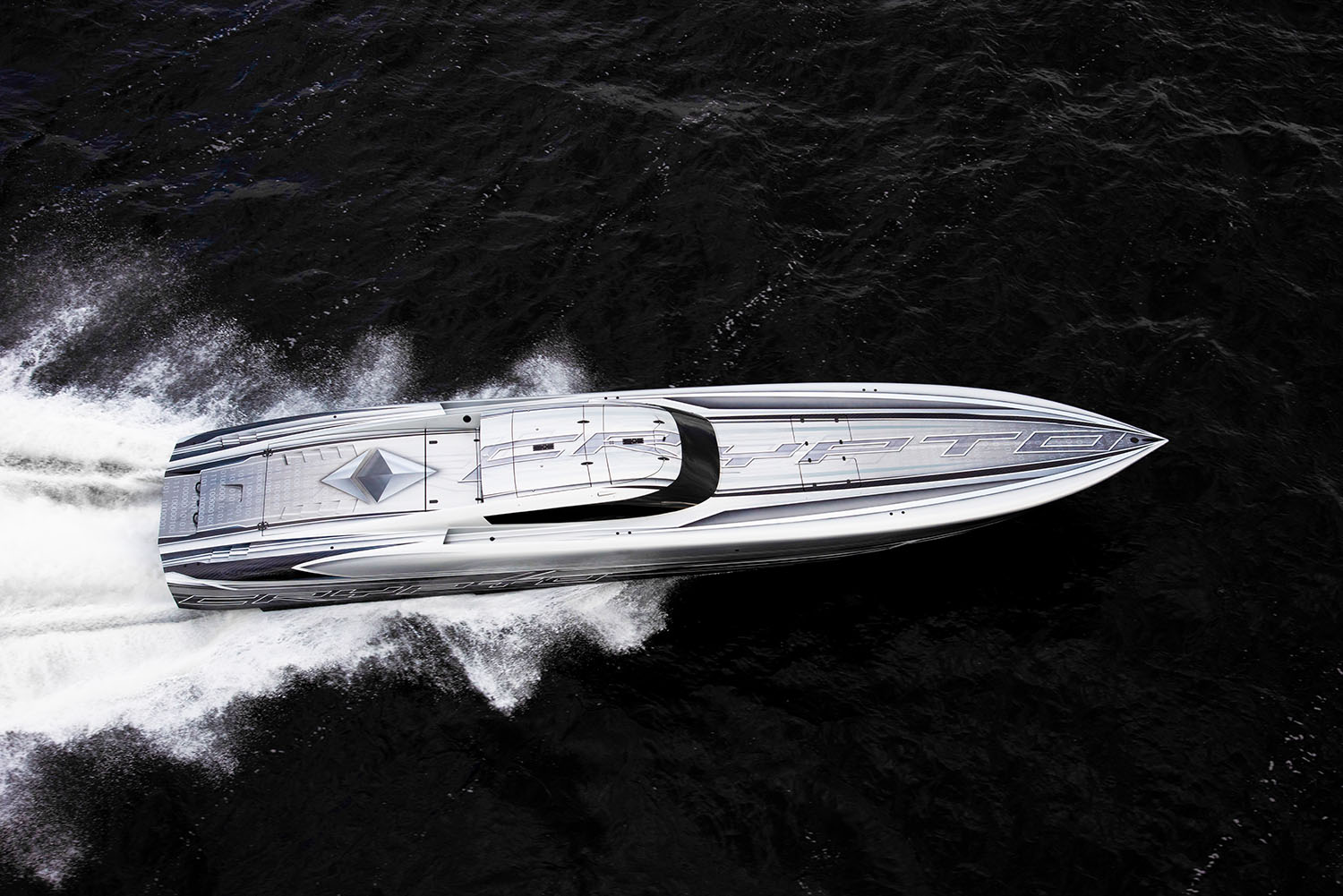 Crypto could be the most impressive canopied Outerlimits SV 43 sportboat ever built. Photo by Halsey Fulton

Arguably the canopied V-bottom build of the year, the Outerlimits SV 43 dubbed Crypto took the high-performance powerboat world’s collective breath away when it was revealed on speedonthewater.com. While at this writing the company is still finalizing its transfer of ownership to one its original investors, Crypto proves that even in the face of an uncertain the Bristol, R.I., company is capable of delivering some of the finest go-fast powerboat hardware in the world. 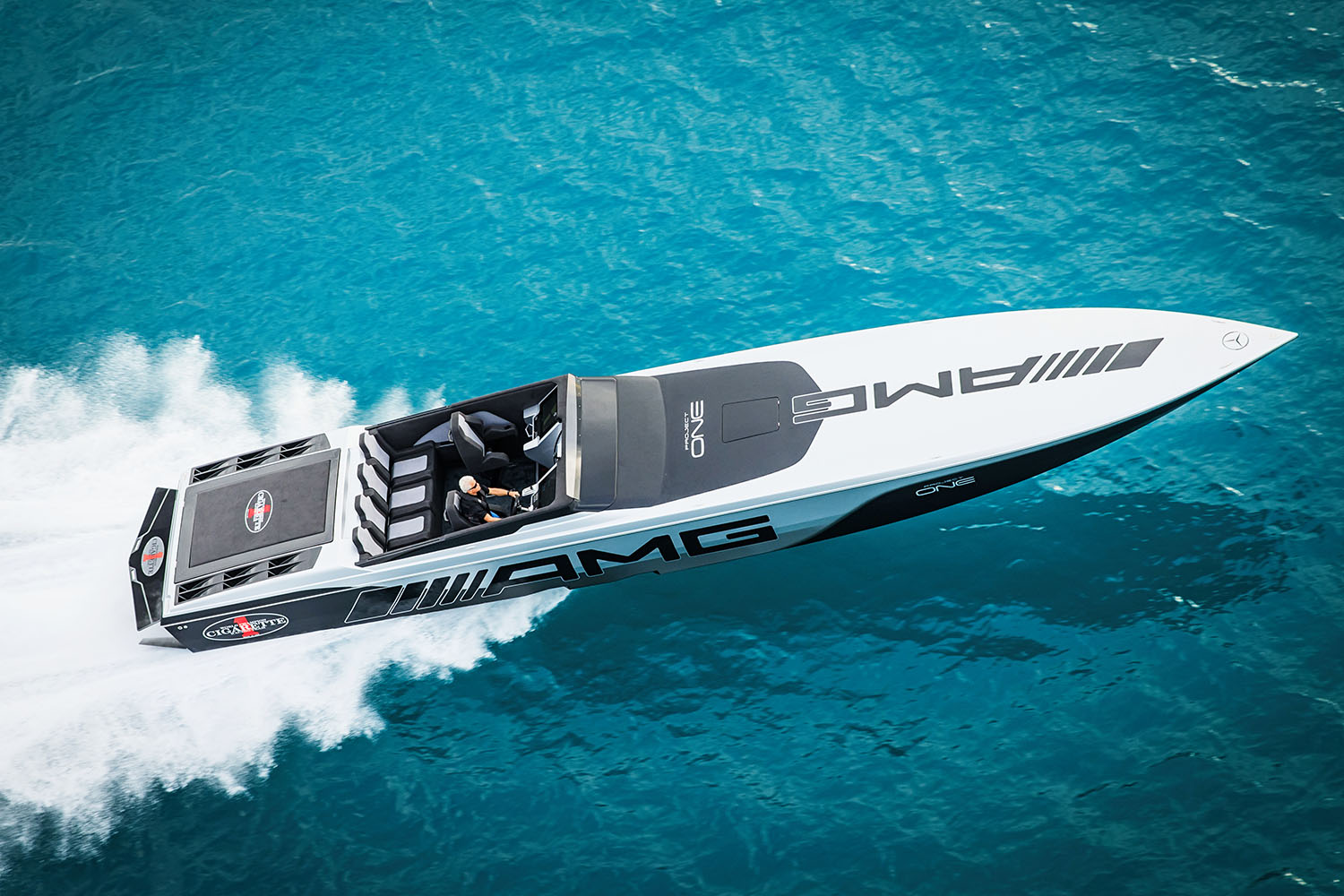 With the Cigarette-AMG Project ONE 515 sportboat, the Florida-based boat builder parlayed its relationship with the famed luxury-performance automobile company into a new model.

As a longtime fan of Cigarette Racing Team’s marketing partnership with Mercedes-AMG, I’ve never seen a more impressive product of that collaboration than the Cigarette-AMG Project ONE 515 sportboat unveiled at the 2018 Miami International Boat Show. Whereas the other stunners in the Cigarette-AMG series have been more about styling and branding, the Project ONE 515 creation spawned a new and larger model based on the 50 Marauder for the Opa-Locka, Fla., high-performance custom sportboat and center console builder.