Looking back at the high-performance powerboat world in 2012, you could make a strong case for calling it “The Year of the Center Console.” Custom go-fast boat builders Cigarette Racing Team, Nor-Tech and Deep Impact each added at least one new center-console offerings to their line-ups in 2012 and several others, most notably MTI and Sunsation, had center consoles in development and will unveil them in February at the 2013 Miami International Boat Show.

Yet when it came to big stories, 2012 offered a lot more than that well-covered topic for the go-fast powerboat market. Jason Johnson and I covered hundreds of stories in 2012. And it’s fair to say there was a lot of big news beyond center console fever.

What follows are my top six stories for 2012. Tomorrow, you’ll get Johnson’ s picks. One thing is certain: These lists will spark plenty of discussion and more than a little heated debate. That’s the nature of the beast with such lists, and what makes them so fun. So with no further adieu …

What happened: After more than 20 years at the helm of the high-performance engine giant, company president Fred Kiekhaefer announced he would exit stage left at the end of 2012. 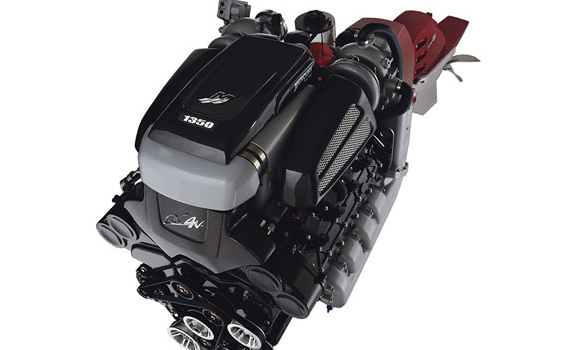 The quad overhead cam 1350 and 1100 turbocharged engines were introduced under Kiekhaefer’s tenure at Mercury Racing.

Why it matters: Kiekhaefer created an undeniable culture of innovation and new-product development at Mercury Racing. Whether that will change for better or worse under the new and decidedly well-qualified general manager Erik Christiansen is unknown, but one thing is certain: it will change.

What happened: During a practice session for the Sarasota Suncoast Grand Prix, the vibrant, turbine-powered 50-foot Mystic catamaran was totally destroyed in a fire, though driver Marc Granet and throttleman Scott Begovich came out unscathed. 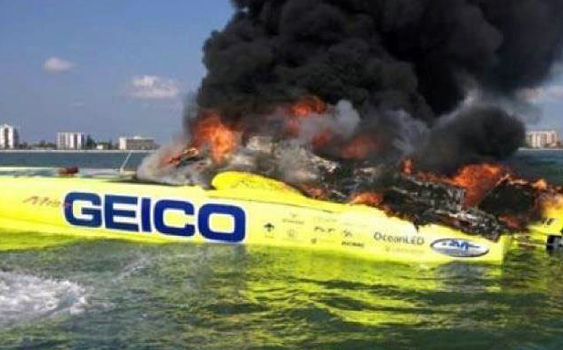 With the destruction of Miss GEICO, the offshore racing world lost its best-known boat.

Why it matters: Offshore powerboat racing lost its best-known and most recognizable race boat. Even with the coming Spirit of Qatar turbine-powered 50-foot Mystic cat, the destruction of Miss GEICO put a serious speed bump in the development of turbine-class offshore racing—though critics have long argued the class was dead in the water from the start.

What happened: In February, two of the strongest high-performance powerboat dealers in history became one in the form of Pier 57 now located in Gurnee, Ill. 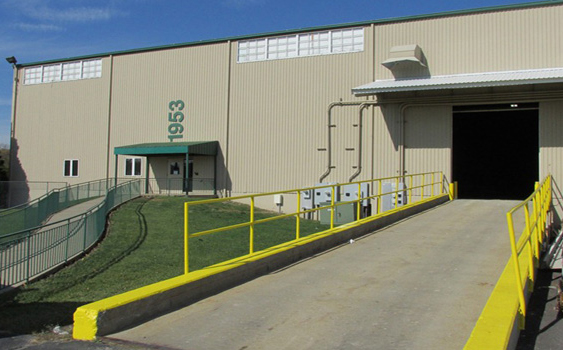 In its new digs, Pier 57 sets the standard for new and pre-owned high-performance powerboat sales and service.

Why it matters: This “super-merger” of two outstanding new and pre-owned go-fast boat dealers and service centers created a blueprint of what all dealers need to do—provide unparalleled services and maximize every moment of the customer experience—to survive in today’s economy. 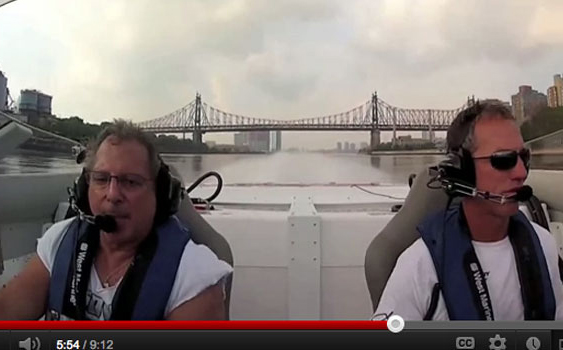 Hayim and Tomlinson smashed the 270-mile Around Long Island record in a 42-foot MTI catamaran.

Why it matters: In a year that saw dwindling offshore racing fleets, the loss of the sport’s best-known raceboat and diminishing fan interest, Hayim and Tomlinson sparked interest in the foundation of the sport—running hard offshore. They also reportedly raised $65,000 for cancer research.

What happened: With a 600-hp Mercury Racing engine under its hatch, the new-for-2012 29-footer became the fastest single-engine V-bottom in the history of the event and the fastest V-bottom—period—to compete in the 2012 Desert Storm top speed event. 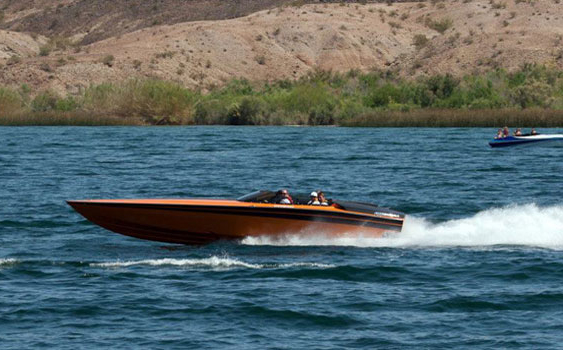 The SV29 from Outerlimits raises the bar on single-engine V-bottom performance.

Why it matters: Few new-model releases in the history of the high-performance boats have had such a roller-coaster ride, from rolling in May during a testing session to dominating its class in the Super Boat International Key West Offshore World Championships in November. The now-proven SV29 has become the showcase for Mercury Racing’s 565 engine, also released in 2012, and has raised the bar for single-engine V-bottom performance. 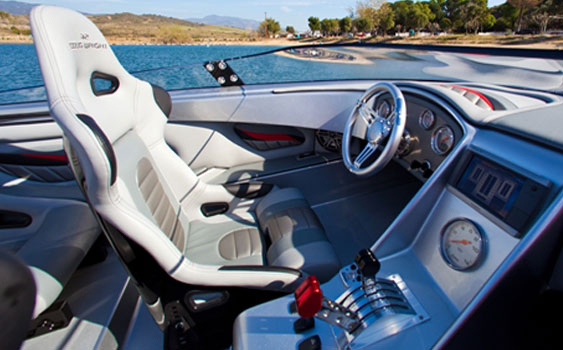 The Doug Wright 32 Poker Run Edition quickly became one of the most talked-about new sport catamarans in years.

Why it matters: High-quality, custom outboard-powered cats in this size range aren’t new—Douglas Marine/Skater, Eliminator and other builders have produced a slew of them. But it’s safe to say that this state-of-the-art 32-footer, with equally state-of-the-art outboard power from Mercury Racing, renewed interest in—and lots of heated discussion about—outboard-powered sport cats.