As Matt Trulio wrote yesterday in his “Top 12 Stories of 2012: Part I” column, top stories of the year lists like these spark plenty of conversation and that’s what makes them fun. Trulio also stated that 2012 could be considered the year of the center console, so let me jump right into Part II of the Top 12 Stories of 2012 starting with—you guessed it—two of the hottest center console stories of the year.

What happened: As usual Cigarette Racing had some huge things in store for the Miami International Boat Show, including the unveiling of its 42 Huntress. With a 42-foot hull and a 12-foot beam, the colossal center console model made its debut with five 350-hp Verado engines from Mercury Marine on the transom. 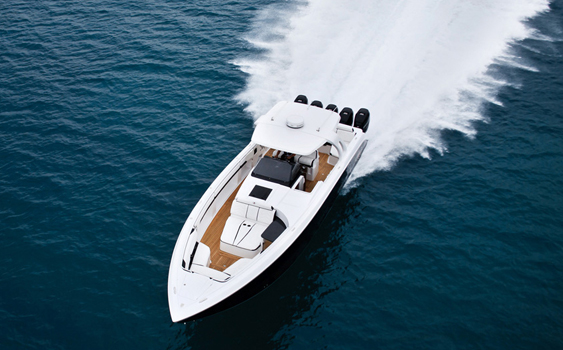 With five Mercury 350 Verados on the back, Cigarette Racing’s first 42 Huntress made quite a splash in 2012.

Why it matters: The largest center console in Cigarette’s lineup embodies the changes in the market as customers are calling for more space for more passengers as well as the desire for bigger, more powerful engines. The model has been a strong seller for the iconic company and a great complement to its high-performance sportboat offerings.

What happened: In a bit of a surprise, owner Randy Scism and the gang from Marine Technology Inc. showcased a prototype version of the SV42, the company’s highly anticipated center console, at the Lake of the Ozarks Shootout in Missouri at the end of August. Dubbed the Performance Validation: V-001 vessel, Scism provided demo rides for a few days surrounding the top-speed event. 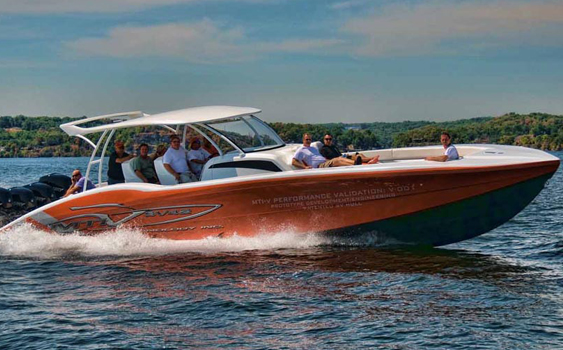 It’s not often a company offers its prototype for public consumption as MTI did with its new SV42 center console at Lake of the Ozarks and in Key West.

Why it matters: This new 42-foot model—the first V-bottom from MTI—is going to be a game-changer. With a patented hull design and MTI’s brilliant fit and finish, there’s no doubt the boat will bring a new level of performance to the center console market. Surely it will be one of the highlights of the 2013 Miami International Boat Show.

What happened: Without a turbine-powered boat in the mix at the 2012 Lake of the Ozarks Shootout, the event belonged to Greg Olson of Alliance, Nebraska. The owner of an Eliminator Boats 33 Daytona with twin 1,800-hp engines from GT Performance, Olson secured his place in Shootout history with a 192-mph run that wowed the crowd and everyone else in the performance-boat world. You can watch the run on YouTube.

Why it matters: With the power behind it and past runs at the Lake of the Ozarks Shootout and the Desert Storm Poker Run Shootout, it was obvious Olson’s 33-footer was a rocket. But for a “little” boat like his to compete with the MTIs, Skaters and Mystics of the world is a remarkable achievement.

10. My Way Crew Confirmed to be OK After Crash

What happened: During the 1000 Islands Poker Run in August, My Way, a 50-foot Mystic Powerboats catamaran with twin turbine engines, was involved in a high-speed accident on the St. Lawrence River in Kingston, Ontario, Canada. Fortunately no other boats were involved and owner Bill Tomlinson and his crew avoided serious injuries. 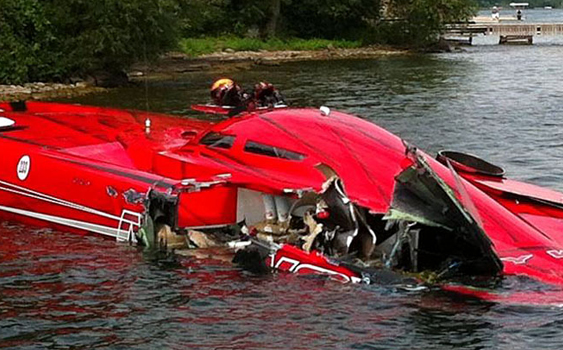 My Way suffered some serious damage during an accident at the 1000 Islands Poker Run in Canada in early August.

Why it matters: The accident—the second after the boat spun out earlier in the summer in Alexandria Bay, New York—was the topic of many discussions. It also opened the door for Olson to take home the Top Gun trophy at the Lake of the Ozarks Shootout as Tomlinson’s 50-footer was expected to defend its title and possibly even shatter the event record with speeds beyond 215 mph.

11. Baja Acquires Fountain and Donzi, Production Back in 2013

What happened: Baja Marine acquired the assets of Donzi Marine, Fountain Powerboats and Pro-Line Boats, and followed up the announcement by unveiling the Baja 30 Outlaw GT at the Fort Lauderdale International Boat Show in October. 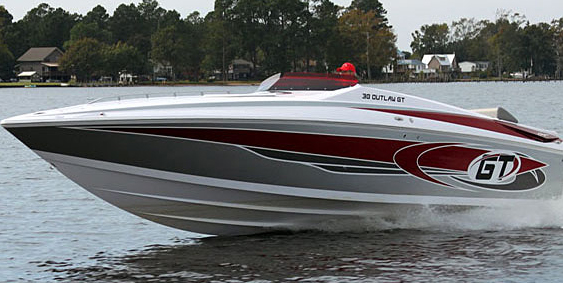 Why it matters: The debut of the 30 Outlaw GT coincided with Baja’s first display at the Fort Lauderdale show in many years, which included a 247 Islander, 26 Outlaw and 278 Performance. The company’s acquisition of Donzi, Fountain and Pro-Line reportedly means all four boat brands will resume production in 2013 from the Baja facility in Washington, North Carolina.

What happened: In the Qatar Team’s Spirit of Qatar, Sheikh Hassan bin Jabor Al-Thani and Steve Curtis outlasted Tor Staubo and John Tomlinson in the Gasse MTI to take home the coveted Key West World Championship in the Superboat Unlimited class. After Gasse won the first two races, Spirit of Qatar won the double-points race on Sunday, leaving the outcome to a tiebreaker, which went to Spirit of Qatar because the team covered more distance and averaged a faster overall speed. 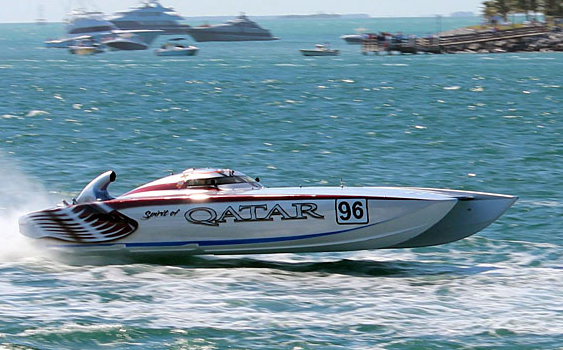 Why it matters: The Superboat Unlimited racing in Key West was entertaining and fun to watch, at least until Gasse broke in the third and final race. But the story is more important because the next time we’ll see Sheikh Hassan and Curtis race in the U.S., it will be in the team’s new turbine-powered 50-foot catamaran from Mystic.