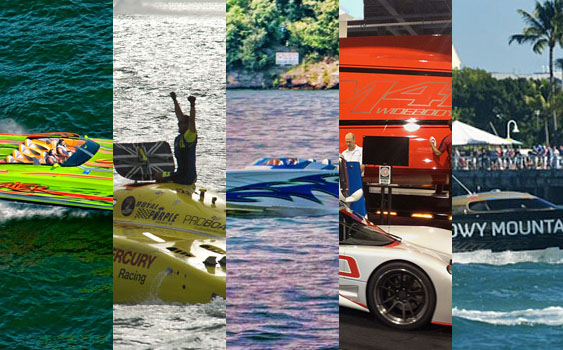 When Jason Johnson, my co-publisher at speedonthewater.com, and I were planning this story last week, it wasn’t hard to find and agree on the 10 most important high-performance powerboating stories of the year. When you cover it every day, certain stories stick in your head, and when memory fails you can always go back to your own website. It’s kind of handy that way.

As Johnson wrote yesterday in Top 10 Stories of 2013: Part I, 2013 was the best year the go-fast industry has seen in a long time—since at least 2007. New-boat sales and new model introductions were up from the previous year, and while there’s still plenty of room for improvement that’s a big step in the right direction.

And as my friend and colleague also wrote, some of the news, especially the story that tops this list, was tragic. Our community— the go-fast boat community—is small, which makes the pain of loss that much more acute. It is so small, in fact, that we mourned and grieved for two people most of us did not even know. In that way, our community is remarkable—and blessed. 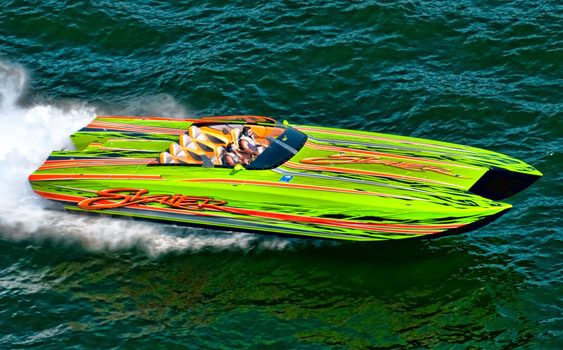 Jeffrey Asbell and white-hot engine-builder Brad Smith were not the first people in history to die during a high-performance powerboating event. But their deaths in a high-speed accident during the Lake Cumberland Poker Run in September sent an unprecedented shockwave of emotions, from sorrow to anger, through the go-fast pleasure boating world. Beyond the loss to their families and friends, their deaths raised hard questions about what we do on the water and how we do it. That discussion continues to this day, and the answers to the questions it raises are crucial to the future of high-performance boating.

During their turbine-class days, which ended almost two years ago when their boat burned during a practice session, Miss GEICO’s Marc Granet and Scott Begovich took a lot of heat for “never racing anyone.” To a degree, that heat was justifiable—consistent competition never did materialize for the Miss GEICO boys in the turbine class, and more often than not that them to running high-speed parade laps around the fleet. Big yawn. But at the Super Boat International Offshore World Championships in Key West this year, they went head to head with Randy Scism and Bob Bull—two of the best offshore racers in the game—in CMS and took the Unlimited class title. That left their detractors with little more to do than, frankly, shut the hell up. 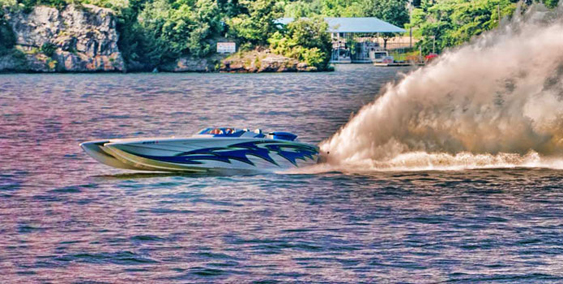 True story: When I started covering the turbocharged Sterling 1700 engine story more than three years ago, two different engine builders called me to complain about it. Both told me the engine would never happen. Both were, well, wrong, as were the “experts” who predicted the 36-foot Skater cat powered by the turbocharged monsters would top out in the 170-mph range during the 2013 Lake of the Ozarks Shootout. The boat reached 194 mph during the Shootout, which made it the fastest piston-engine boat during the 2013 event—only Dave’s Scott alcohol-fueled Nauti-Marine piston boat has ever run faster at the event—and a single-turbocharger version of the same engine platform is in development. 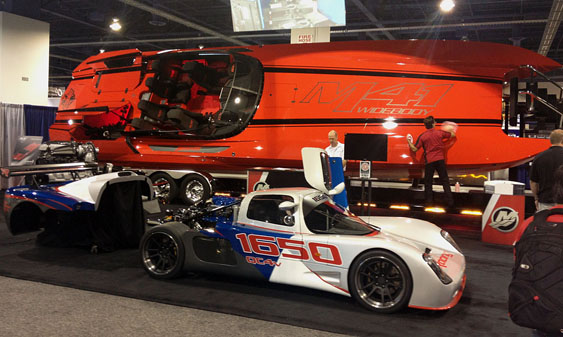 What did the top three boats in the Unlimited class catamaran fleet during the SBI Key West Worlds have in common with an open-cockpit 52-foot Outerlimits pleasure boat that ran 150 mph during the 2013 Lake of the Ozarks Shootout? All four were powered by Mercury Racing 1650 Race engines. To top it off, Mercury Racing unveiled an automobile-targeted crate version of the QCV4 platform at the Specialty Equipment Manufacturers Association Show this fall in Las Vegas, and the engine earned SEMA’s Global Media Award. And it all happened during what was—without question—one big week for the Fond Du Lac, Wis., engine builder. 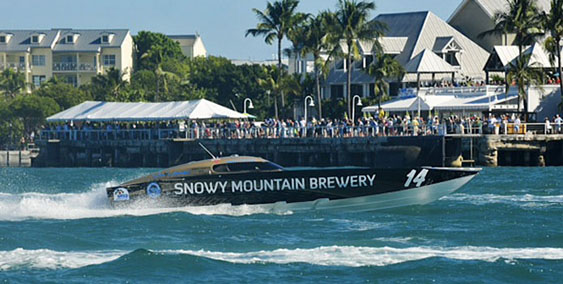 Sometimes, the journalism gods smile on you and drop a big story in your lap. Such was the case when I arrived in Clearwater, Fla., to cover the Super Boat International Championships in September and the first words out of the city’s public relations guy were, “You know the world championships are coming here, right?” OK, so last week we found out that he had gotten a teensy bit ahead of himself, but for a couple of months no one really knew if the SBI Worlds would stay in Key West or head north. The suitors in Clearwater were serious, no doubt, but in the end SBI’s John Carbonell and the decision makers in Key West reached an agreement to keep the SBI Worlds in their longtime home.