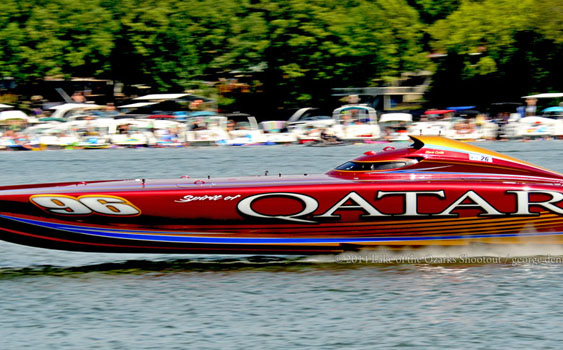 A record-breaking 244-mph run in its 50-foot Mystic earned the Qatar Team the 2014 Lake of the Ozarks Shootout Top Gun award. (Photo by George Denny.)

Matt Trulio summed up 2014 perfectly in the introduction of his Top 10 Stories of 2014: Part 1 column yesterday, so I don’t have much else to add other than the remaining five stories below. What I can say is that this is the third time we’ve done these lists—links to previous years are provided at the end of this story—and I’ve enjoyed compiling all of them. The time spent offers great reflection and also gets me amped up about what’s to come for the New Year. Why? Because, as these lists show every year, we never know what stories will emerge over the next 365 days.

I admit I was one of the naysayers, which is why this story leads off my column. I thought the 224-mph Top Gun record set in 2013 by Bill Tomlinson’s 50-foot Mystic Powerboats catamaran My Way was safe—even when I received confirmation that the Qatar Team was bringing its spanking-new Mystic (also turbine-powered) to the 2014 Lake of the Ozarks Shootout. Boy, was I wrong. Sheikh Hassan bin Jabor Al-Thani, president of the Qatar Marine Sports Federation, and Steve Curtis, arguably the greatest throttleman in the world, traveled to Central Missouri and obliterated the year’s previous top speed by 20 mph with a 244-mph speed along the one-mile course. Although a return to the Shootout may or may not happen, one thing’s for sure—the Qatar Team will attempt to break other top-speed records in Al Adaa’am 96 in 2015 and beyond. 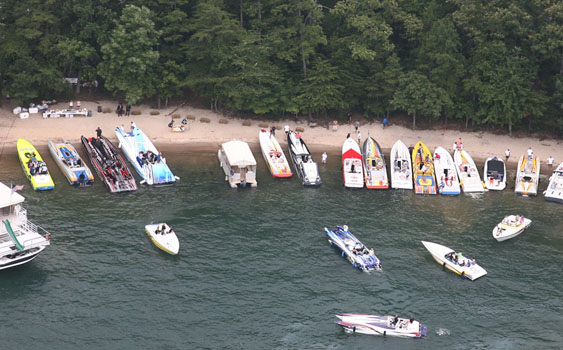 Dozens of boats enjoyed the cheeseburger in paradise raft-up the day before the Pirates of Lanier Poker Run. (Photo by Jeff Gerardi.)

It’s hard to imagine a poker run attracting 300 boats, let alone one raising more than $400,000 for charity. Yet that’s exactly what the Pirates of Lanier Poker Run did in July. The Lanier Partners of North Georgia board members delivered another off-the-charts event with a few new wrinkles for the sixth annual poker run, which was held at the Lake Lanier Islands Resort in Buford, Ga. And, despite some unfriendly weather for boating, the fleet ranging from high-performance MTIs and Skaters to party cruisers and wakeboard boats enjoyed Friday’s cheeseburger in paradise raft-up, a new poker run lunch stop and an over-the-top fireworks display during Saturday’s party. 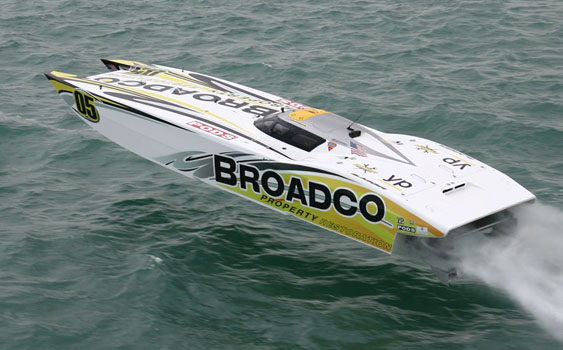 The Broadco team proved it had what it took to win the Superboat class world championships in its 40-foot MTI catamaran. (Photo by Rodrick Cox.)

Headed into the Super Boat International Key West World Championships in November, the most talked about class in offshore racing was the Superboat class. And while other teams—Miss GEICO, Hooters/Instigator, SOS Venezuela, Black Pearl, In Tone Crazy Chicken and Snowy Mountain Brewery—prevailed in tightly contested classes, the Superboat class lived up to the hype. Deck-to-deck action in race one, blistering course speeds in race two and high-flying near catastrophes in the final race, all made for remarkable videos, photos and memories. In the end, Chuck Broaddus and Grant Bruggemann took home the world championship in Broadco, a 40-foot MTI with twin 750-hp Ilmor Marine engines. Respectively, they finished ahead of a competitive list of teams—Team AMSOIL, Racing for Cancer, WHM Motorsports, Stihl, Cleveland Construction and Warpaint. 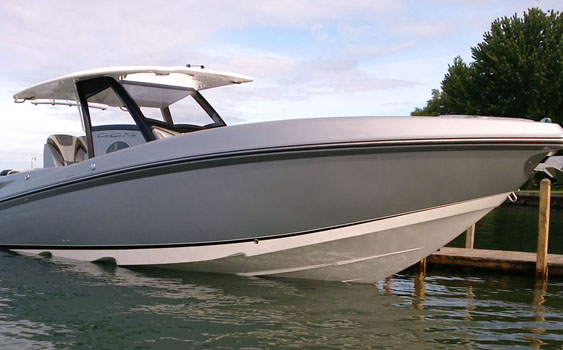 Sunsation started with its 34 CCX (pictured), added a 29 CCX and will have its new 32 CCX finished in 2015. (Photo courtesy of Sunsation Boats.)

Because of the fact that Sunsation is building its third model in a center console line it introduced in 2013 and that Mystic is set to unveil a new luxury performance center console and that Cigarette Racing rolled out its 41’ Stern Drive 1040 in November and that the 12th MTI-V 42 is currently in production—I could go on and on—it seems strange that just a few years ago, only a couple of boat builders offered a performance center console. What’s more is that the selection continues to expand when it comes to size, engine offerings, design, amenities and more. I have a feeling we’ll be writing about center consoles again next year, or maybe not because it won’t be so impressively newsworthy any longer. 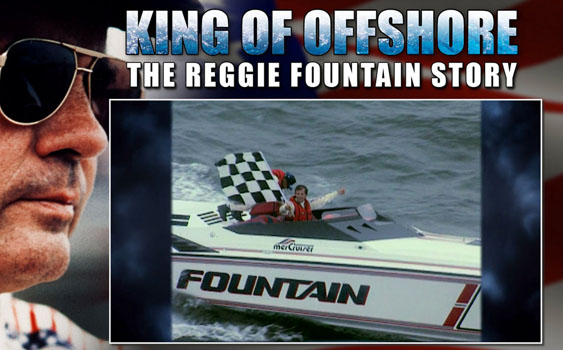 The documentary on legendary racer and boat builder Reggie Fountain was well done.

I’d written a couple of stories related to a new documentary in production based on the life of the iconic Reggie Fountain, so when news was released that it would air on NBC Sports two days before Christmas, I—like many others—set my DVR immediately. Of course “King of Offshore: The Reggie Fountain Story” is great for Reggie Fountain and his legacy, but it was great for the industry, too. First of all it gave us offshore geeks something to watch (and debate), plus it provided a thorough, fun, fair and educational look at a large part of this sport’s history. Whether you believe he’s the King or not, no one can argue Fountain’s lasting imprint on the boat business, especially after watching the documentary. There’s good news if you missed the American Performance Media-produced documentary. The broadcast version can be viewed online or you can purchase the director’s cut DVD here.