Look out Lake Hartwell, Lake Cumberland and Lake Kentucky—there’s a massive MTI headed your way with one of the most fun-loving, down-to-earth couples in the world ready to take full advantage of the “new ride.” Mark and Britney Godsey of Chattanooga, Tenn., recently traded in Project Mayhem, their twin Mercury Racing 1100-powered 38-foot cat from Marine Technology Inc., for a canopied 52-foot MTI cat with a gorgeous paint job and completely rebuilt Mercury Racing dual-calibration 1550/1350 engines and M8 drives. 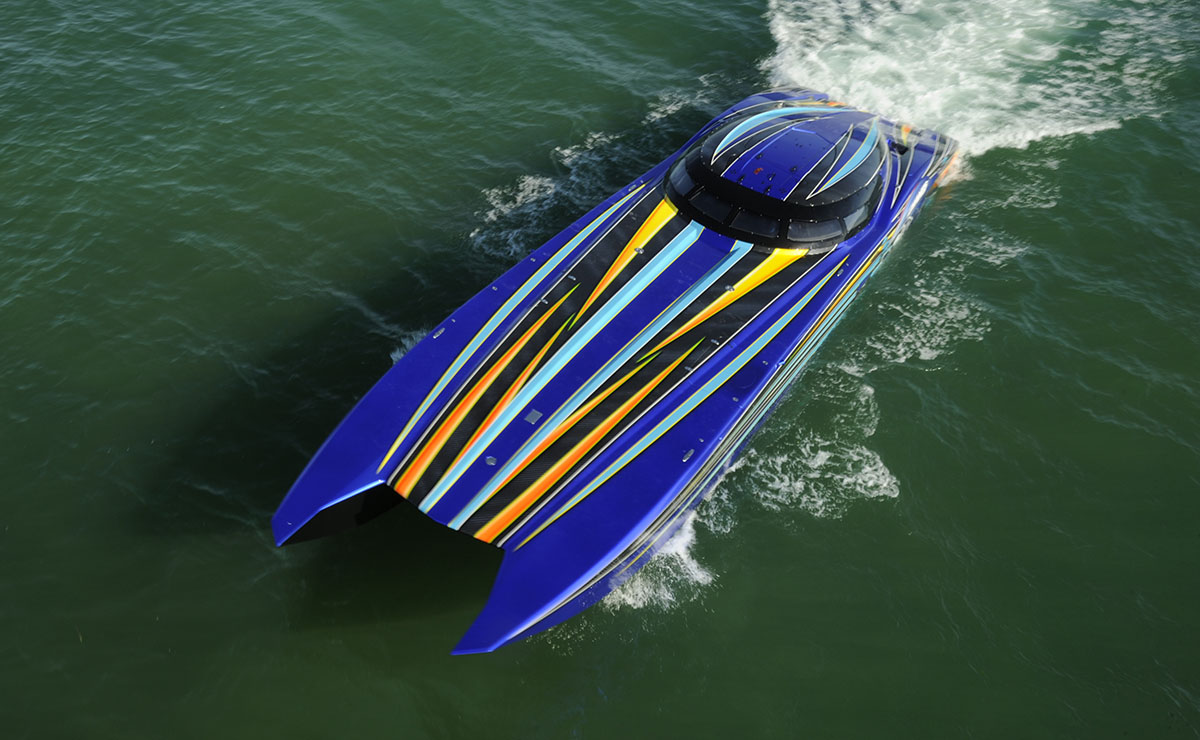 Starting next week, the Godseys are headed to three events in row—the Hartwell Lake Poker Run (June 6-8 in South Carolina), followed by the Lake Cumberland Thunder Run (June 14-15 in Kentucky) and the Kuttawa Cannonball Run (June 21-22 on Kentucky’s Barkley and Kentucky lakes).

You may recognize the Godseys’ new Project Mayhem as the former Pass Blocker—the MTI originally built for retired NFL lineman Brad Benson of New York Giants fame and then sold to well-known performance boater Ron Szolack, who had the engines and drives rebuilt, had a few things updated in the six-seat cockpit and had it partially repainted to remove the Giants logos and some other graphics from the sides of the boat. 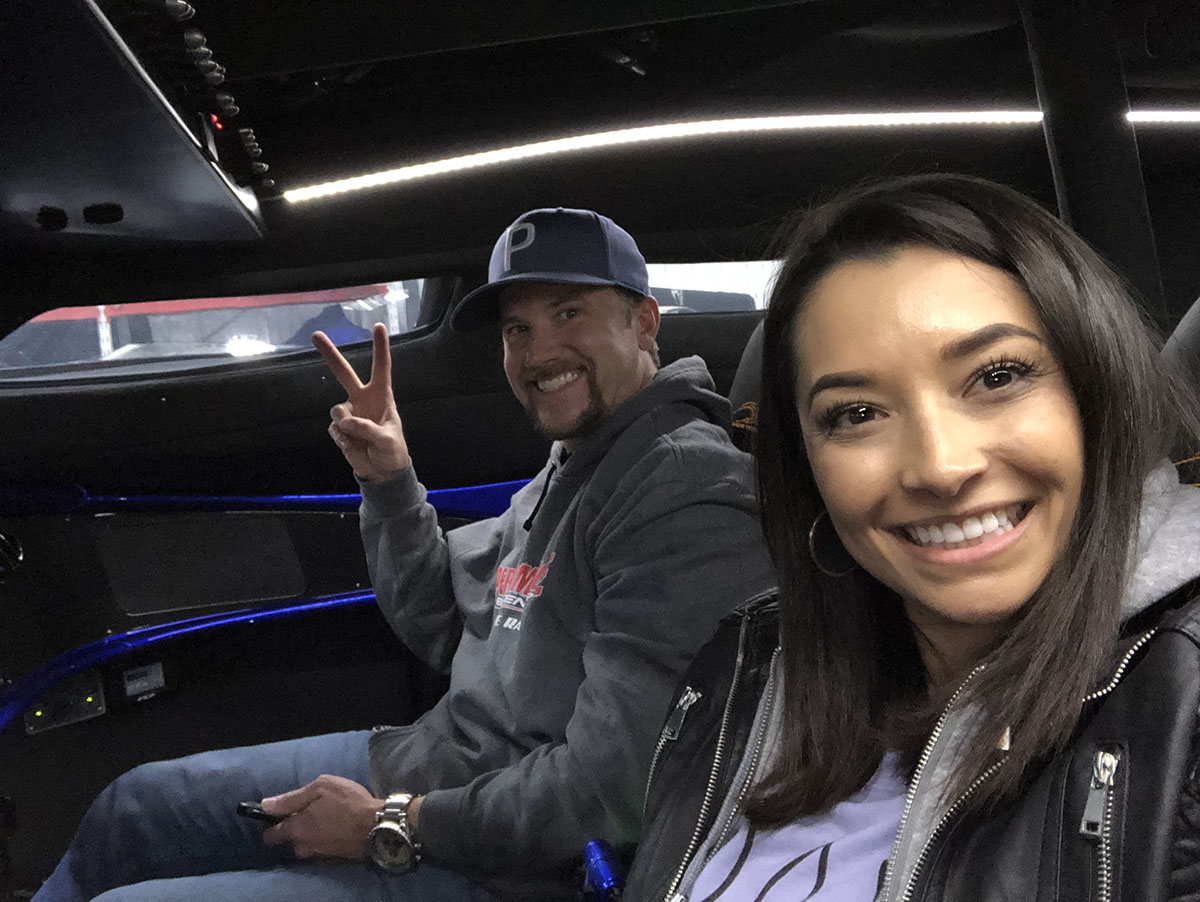 Mark and Britney Godsey can’t wait to take their friends out in their canopied 52-foot MTI at poker runs across the country. Photo courtesy Mark Godsey.

“The next few weeks are going to be busy but fun,” Mark Godsey said. “The thing is a beast—I’ve owned some big boats, but this one is something else. I’m excited to be in a closed canopy boat. Of course being inside is a big change, but the main difference with this thing is that you need a couple of extra people with you to help, especially when you’re tying it up to a dock. I wasn’t sure what Britney would think about the canopy, but she got in it and loved it. She likes how roomy it is and the fact that is has air conditioning and heating.

“The boat has great power and it eats up the water,” he added. “I love way the way it handles; it’s a big boat but it still feels manageable. It accelerates surprisingly well. It’s pure MTI—it’s what I expected and then some.” 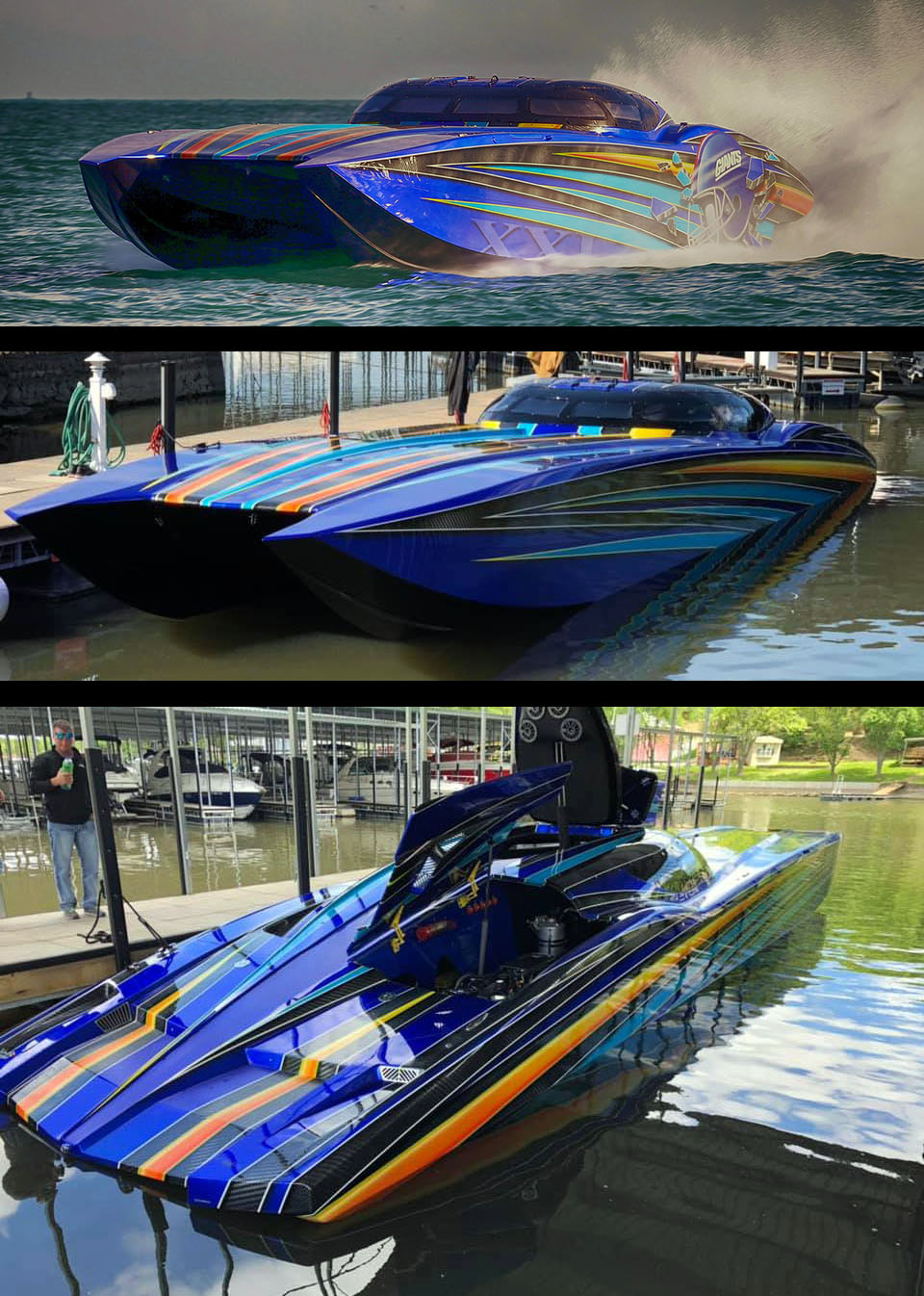 The former Pass Blocker MTI (top) was updated with some graphic modifications along with a pair of Mercury Racing 1550/1350 engines, rebuilt drives and a full stereo upgrade.

Godsey, who owns Gold Bond Inc., said the boat has topped 170 mph with the engines in 1350 mode, which is plenty fast for him so he doesn’t think he’ll ever dial up 1550 mode.

Before he picked up the boat, Godsey had the team at Waves and Wheels update the stereo system with new Bluave Marine Audio equipment, including M7.0CX and M9.0CX speakers, an MSE-loaded M10S4 subwoofer, a custom-fabricated rear hatch housing M9.0CX speakers with the Bluave SGLED kit, an Arc Audio 1200.6 amplifier and Fusion head unit integrated with the Garmin system at the helm.

“The new stereo is killer—Justin and his guys knocked it out of the park,” said Godsey, who has owned several boats, including a Fountain Powerboats 42 Poker Run Edition, a 38-foot Awesome cat and a Formula Boats 312 FAS3Tech. “I have nothing but good things to say about Ron Szolack, too. He was unbelievable to work with. He made the boat perfect. If there was anything wrong with it, he improved it. I couldn’t be happier with the entire transaction.” 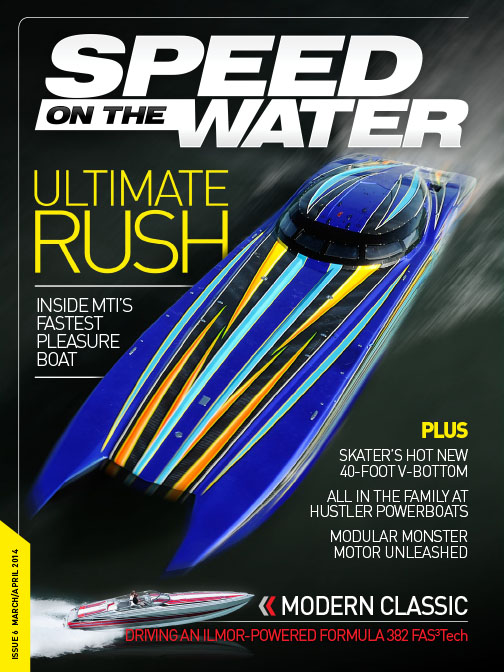 The 52-foot MTI graced the cover of the Speed On The Water March/April 2014 digital magazine, which you can download here.

After the events in June, Godsey said they are for sure going to take the boat to the Old Hickory Fun, Bar Crawl and Raft Up in Nashville in July as well as the Lake of the Ozarks Shootout in Missouri at the end of August. He also plans to run the MTI in the Florida Powerboat Club’s Key West Poker Run in November.