You are at:Home»Community»Steve Kildahl To Go 35 For 35 In Sarasota

Throughout the endless changes in offshore racing during the past 34 years, the Sarasota Powerboat Grand Prix in Southwest Florida has remained one of offshore racing’s most treasured events. And despite that the 2019 event is third stop on the upwardly mobile six-race American Power Boat Association Offshore Championship Series being produced by the Offshore Powerboat Association and the Powerboat P1 organization, the success of the July 4 holiday week race has nothing to do with the sanctioning body, racing circuit or—at least in terms of its meaning to the Sarasota community—what happens on the racecourse.

The Sarasota Powerboat Grand Prix and the week of activities leading up to it—the entire event is called the Sarasota Grand Prix Festival—is all about raising money for Suncoast Charities For Children, the event’s longstanding charity. And when the event sees its 35th annual running next month, it will still be all about fundraising for Suncoast Charities For Children. 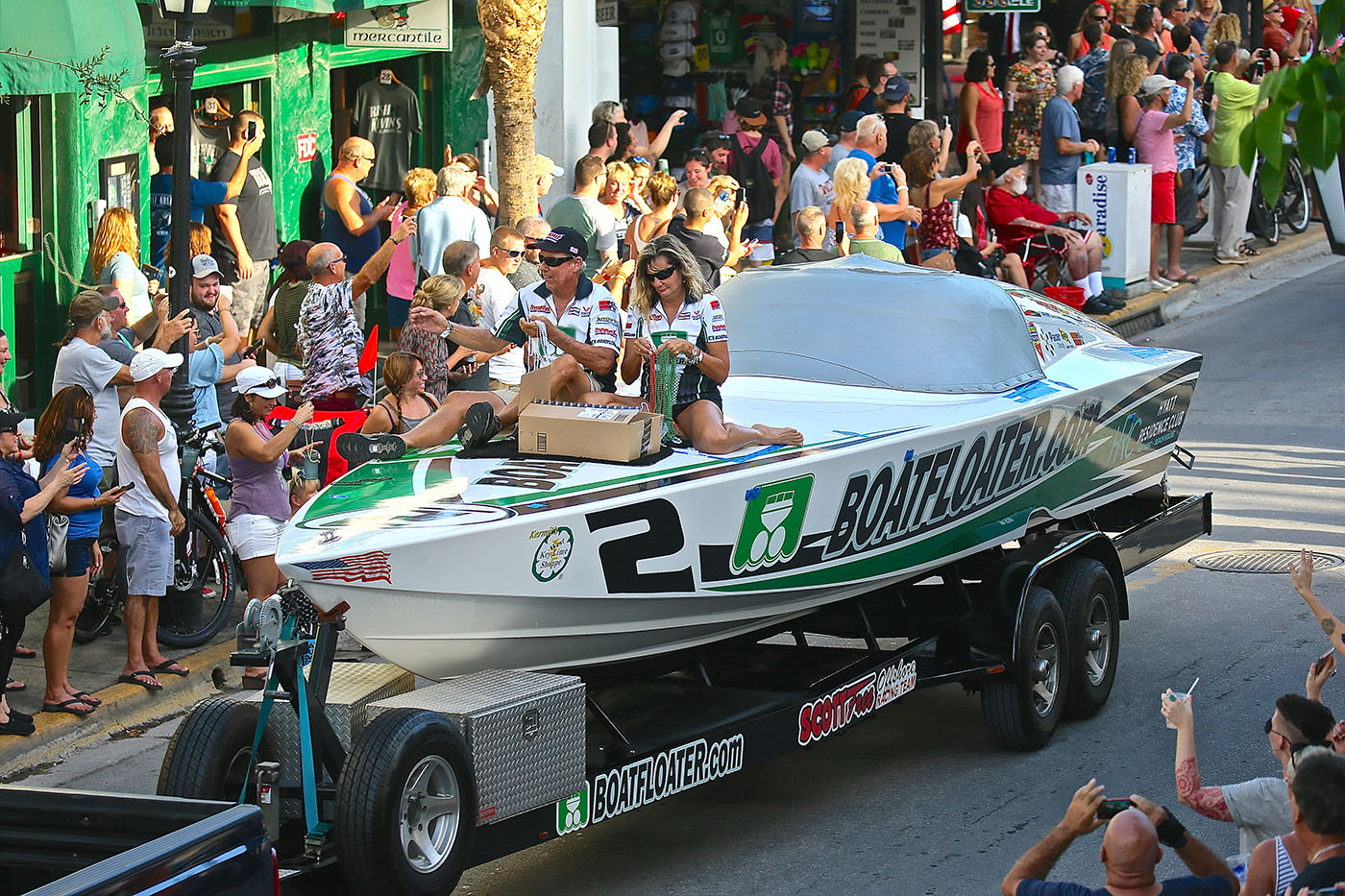 For Steve, Kildahl, his wife, Kim, and their son Stephen, offshore racing is a family affair—and a Sarasota tradition. Photo by Pete Boden/Shoot 2 Thrill Pix.

There is one other constant to the Sarasota Powerboat Grand Prix—local offshore racer Steve Kildahl. The 62-year-old veteran throttleman and owner of Central Marine Service of Sarasota has competed in every race of the event’s 34-year history. And 12 years ago, he began sharing the cockpit of Boatfloater.com/Scott Free Racing, a 30-foot canopied Extreme V-bottom that is competing this season in the APBA series’ Super Vee Extreme class, with his son, Stephen.

The senior Kildahl can’t remember how many times he’s claimed a checkered flag in Sarasota in whatever class he happened to be running, but he said he’s won “a bunch of times.” But Stephen Kildahl, his 28-year-old son and driver for the past 12 years, however, remembers one Sarasota victory in particular.

“I started racing with my dad 12 years ago—this will be my 13th season—and I got my first victory in 2007 in Sarasota,” he said. “That was our third race together. Sarasota is our hometown so it’s a very special race for our family, team, friends and sponsors. 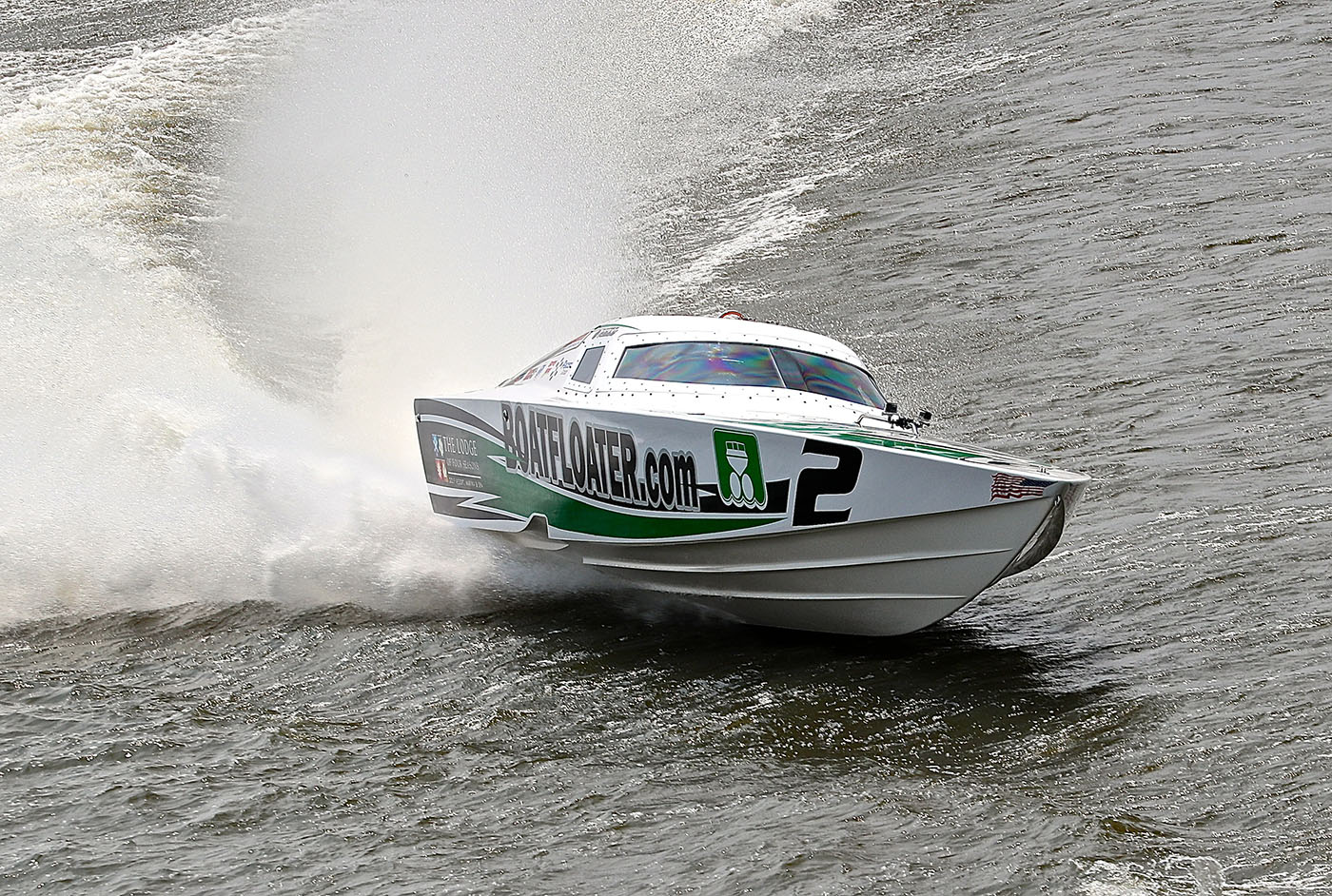 In the first two Super Vee Extreme-class races of the APBA Offshore Championship Series, the Boatfloater.com team has notched first- and second-place finishes.

“When I turned 16 years old and was able to race with my dad, it was like dream come true,” he continued. “It was surreal. It was something I had grown up around and wanted to do my entire life. Everything I know about the sport, I have learned from my dad. He is my mentor. I can’t imagine being inside the cockpit with anyone else.”

Lucy Nicandri, the executive director of Suncoast Charities For Children and the key organizer behind the Sarasota Powerboat Grand Prix Festival, has known Steve Kildahl since she began working with the event in 1987. Without his steady presence and contributions during the past 34 years, she said, the event wouldn’t be what it is today.

“We have gone through a few sanctioning bodies during three years, and Steve’s constant dedication to our charity and the race speaks volumes about his commitment, as are his love and dedication to the sport,” she said. “For example, he has always donated whatever prize money he earned back to the charity. He’s also always helped keep me on track on the technical side of offshore racing.

“Steve has been instrumental in making the sport more cohesive,” she continued. “When we were talking to Azam (Rangoonwala) of Powerboat P1 and Smitty (Ed Smith) of the Offshore Powerboat Association about becoming part of the APBA series, Steve was always there as a booster to make sure everyone stayed positive.”

Humble and quiet by nature, Kildahl, loves offshore racing and is proud of his soon-to-be 35-year streak of Sarasota Powerboat Grand Prix competition. But as passionate as he is about the event, he’s even more so about the charity it serves.

“Last year, I was the race commissioner,” he continued. “This year, I’m on the race committee. But my wife, Kim, and I are still very much involved.”

In its heydays, the Sarasota event attracted 60 to 70 boats, according to Kildahl. During the past few years, the event has seen 30- to 40-boat fields. This year, the organizers are expecting approximately 60 teams to compete on the newly extended Sarasota Bay course. And Kildahl said he couldn’t be happier about that.

“We should have an excellent turnout,” he said. “A lot of the OPA teams that wouldn’t normally travel to Sarasota are coming, I hear. We are glad to have them.”

“They aren’t going to like our humidity,” he said, then laughed again. “But they are going to get a good dose of what Sarasota is like in July.”