In terms of traffic, the biggest article of the past year on speedonthewater.com was also one of the saddest stories I had to write in 2019. In fact, the loss of one of the nicest, most fun performance boat owners I’ve ever interviewed—Louisiana’s Michael Pierce, who died in a car accident in early December—was read close to 50,000 times, a number that was slightly higher than the story on the debut of Mercury Racing’s 450R engine, which was the first story mentioned in my fellow speedonthewater.com publisher and OffshoreOnly.com columnist Matt Trulio’s first part of our annual Top 10 Stories of the Year columns.

As Trulio said yesterday, narrowing down hundreds of stories we wrote for this website and speedonthewater.com is never easy. We each reported on some great ones, such as our good friend Shaun Torrente, who is part of the speedonthewater.com test team, winning back-to-back titles in the prestigious F1 H2O World Championship. There was also the news about the Lake of the Ozarks Shootout in Central Missouri raising a record $357,000 for local charities, the positive progression of brand-specific events from Cigarette, DCB, MTI, Outerlimits and more, Formula Boats discontinuing is venerable FAS3Tech sportboat line and Ashton Rinker defending his NGK F1 national championship by going undefeated in 2019.

Of course we reported on several incredible projects, a variety of new raceboats, some seriously cool and intriguing boats from center consoles and catamarans to sportboats and even pontoons, as well as a lot of “happy customer” deliveries from DCB Performance Boats, Nor-Tech, Sunsation and more.

I’d be remiss if I didn’t mention the untimely deaths of Iconic Marine Group’s Joe Curran and well-respected Canadian racer Mathieu Daoust—the driver involved in the first Hydroplane Racing League tragedy in 28 years—as well as the fact that a longtime friend—Mercury Racing marketing representative Rick Mackie—retired from the Fond du Lac, Wis., company. All newsworthy for sure, but here are five of the most notable stories of 2019 to go with Trulio’s five from yesterday. 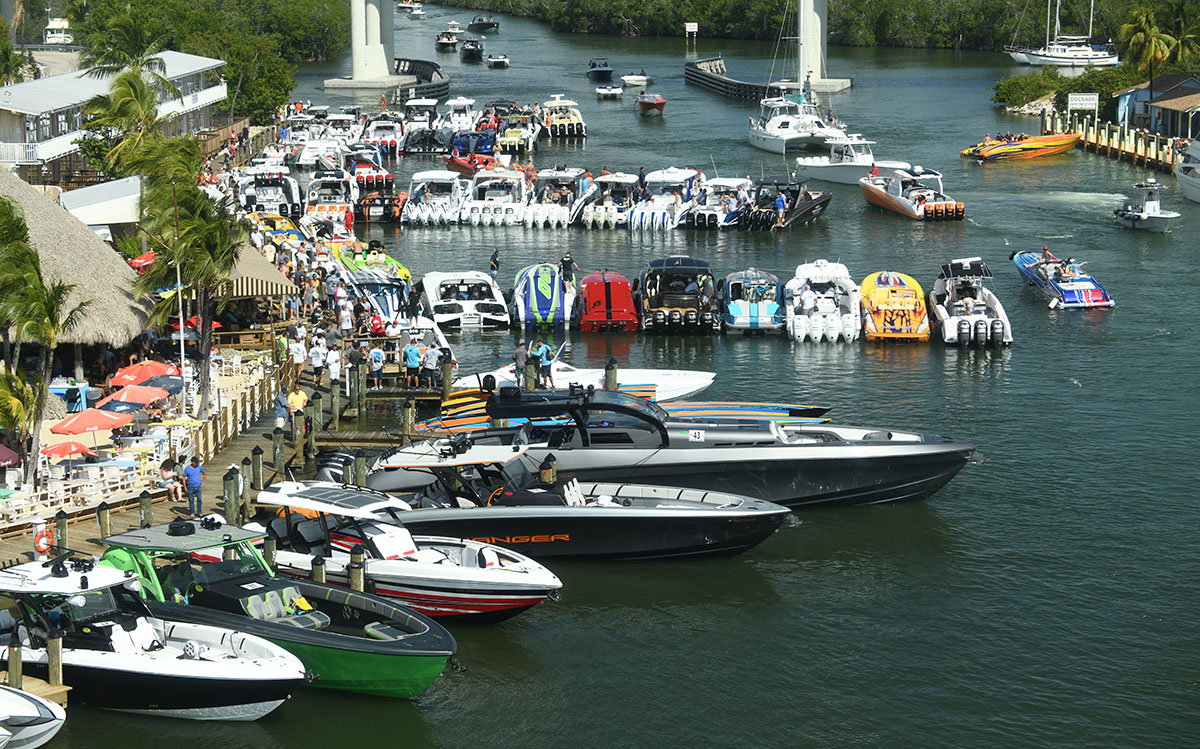 Not only did Stu Jones and company put together several awesome events in their regular destinations and come together to establish a remarkable one in Orange Beach, Ala., in early June, the Florida Powerboat Club hit a new high when more than 260 performance boats registered for the club’s finale—the Key West Poker Run from Miami to Key West in November. Jones said he learned a lot from the event, which went off safely and smoothly considering it was the most boats the club had ever hosted anywhere, and is already making plans for the 2020 season-ending poker run.

Fountain Back In The V-Bottom Game 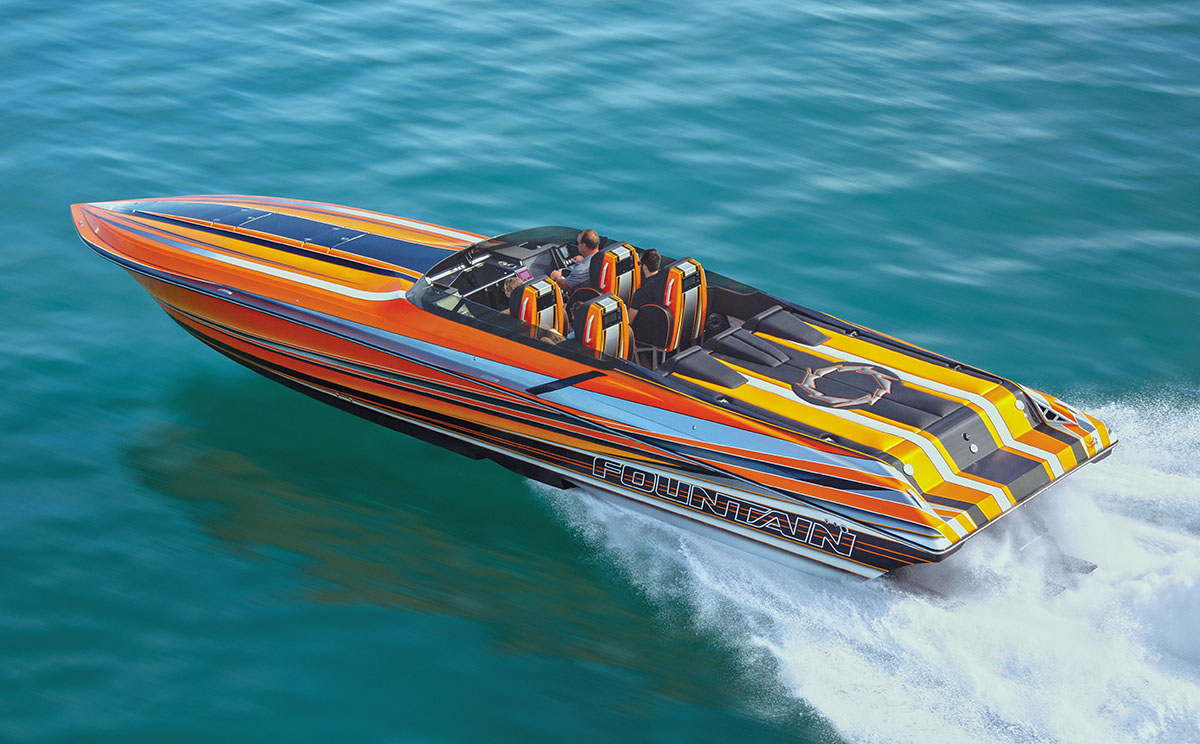 For the last couple of years, Fountain Powerboats has been on a path to reestablish itself as a premium sportboat brand. The journey hasn’t been easy to say the least, but with the release of its new-for-2020 47 Lightning powered by twin dual-calibration Mercury Racing 1550/1350 engines toward the end of the year, it’s clear that the Washington, N.C., company is making the right moves. The fresh 47-footer, which was sold by the team at Big Thunder Marine in Lake Ozark, Mo., featured a stunning paintjob from Visual Imagination and a fully loaded cockpit with seating for seven. 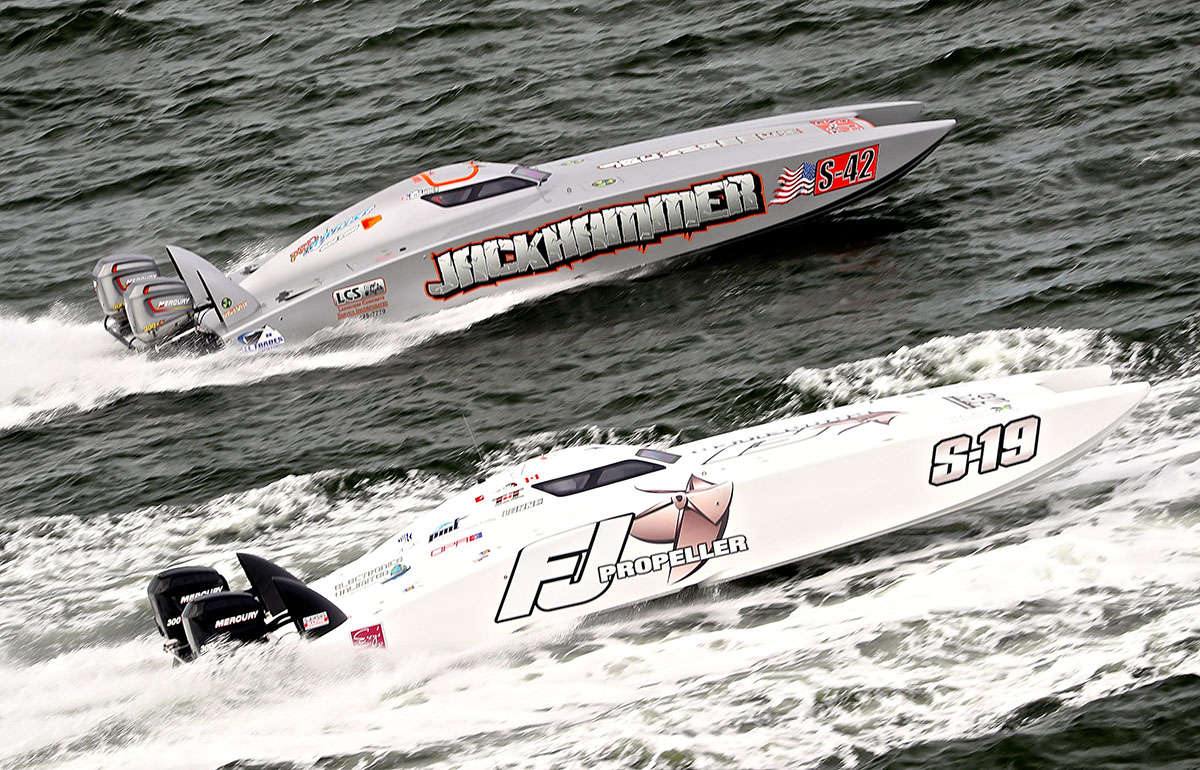 Along with making a serious commitment by racing in Class One of the inaugural APBA Offshore Championship Series this year, the Dubai-based Victory Team delivered its first two 32-foot Super Stock-class boats to veteran racers in the United States—Gary Ballough and Reese Langheim. But the new boats didn’t stop there, as the company brought its new pleasure catamaran line stateside with the debut of both its 34 VTX and 27 VTX sport cats powered by twin outboard engines. 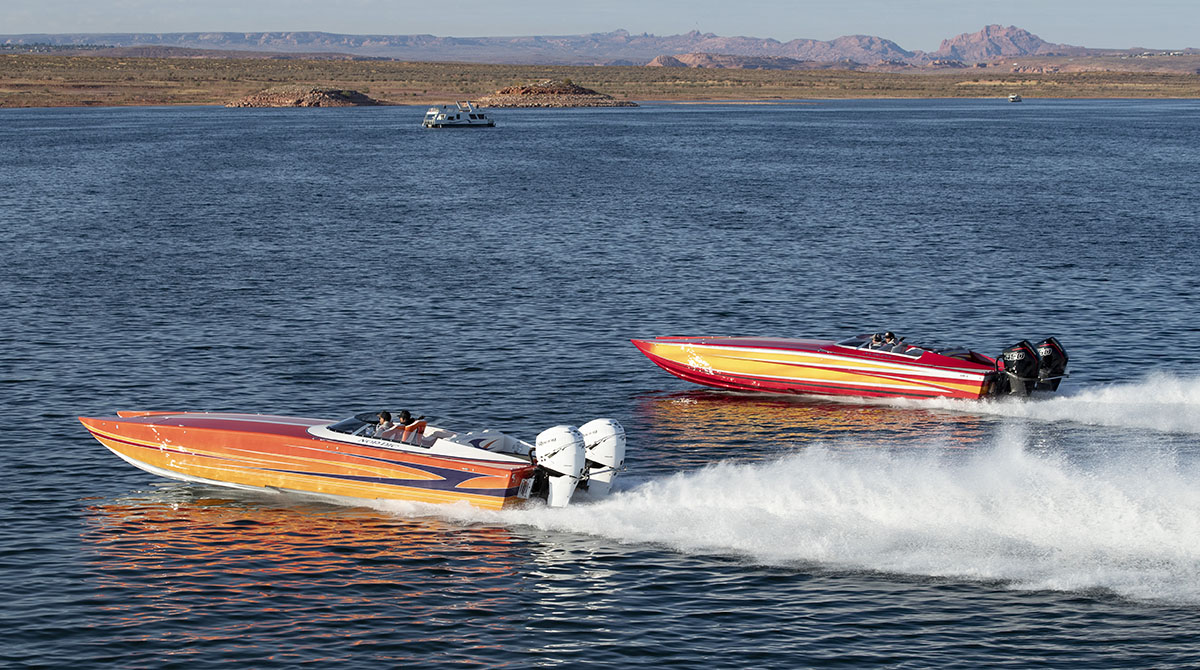 Yes, Eliminator Boats celebrated its 50th anniversary this year, but it did so with new ownership leading the way, breathing new life into the business and rolling out its all-new outboard-powered 25 Speedster model along with several new builds with both sterndrive and outboard power. And while other companies out West such as DCB and Nordic have continued to build and sell a variety of boats, each of them released new models recently. Nordic’s first true tunnel catamaran—the 35 Flat Deck—was finished this year and the Lake Havasu City, Ariz., company built three of them, including one with the company’s first set of Mercury Racing 450R engines. DCB also announced its first true tunnel catamaran—a new 37-footer coming in 2020—and Adrenaline Custom Boats made an impact early in the year when its first 26 Savage with twin Mercury Racing 300R engines hit the water. 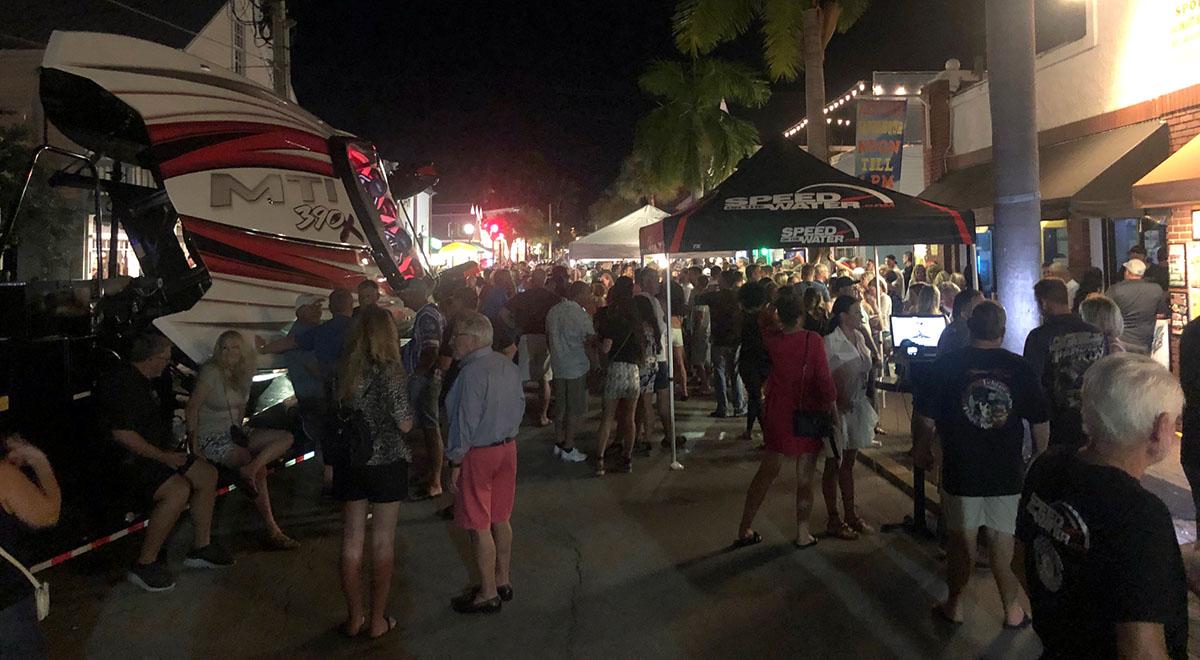 Not only did the SOTW/OSO Key West Bash spill out onto Greene Street for the first time this year, the event raised a record $42,500 for charity this year. Photo by Jason Johnson

Last but certainly not least is a story all of us at OffshoreOnly.com and Speedonthewater.com are very proud of—the news that our annual Key West Bash held in November during the offshore racing championships and Florida Powerboat Club poker run raised $42,500 for Samuel’s House, a local charity dedicated to assisting women and children in need. The story has everything to do with how wonderfully caring and generous this tight-knit performance boat community, and for that we thank all of you who attended the party and contributed to the cause.