As factory field trips go, a guided tour of Mercury Marine in Fond du Lac, Wis., is about as good as it gets. The highlight of the tour is the marine engine and accessories company’s propeller foundry—it’s hard to beat a 3,000-degree light show of molten stainless steel being poured into propeller castings—but there’s a lot more to see than that. Mercury Marine main plant houses a bit of the old in the form of an in-house product museum and a whole lot of the new, most notably the company’s state-of-the-art new V-8 outboard engine production line complete with automatic guided carts moving engines from station to station every five minutes. 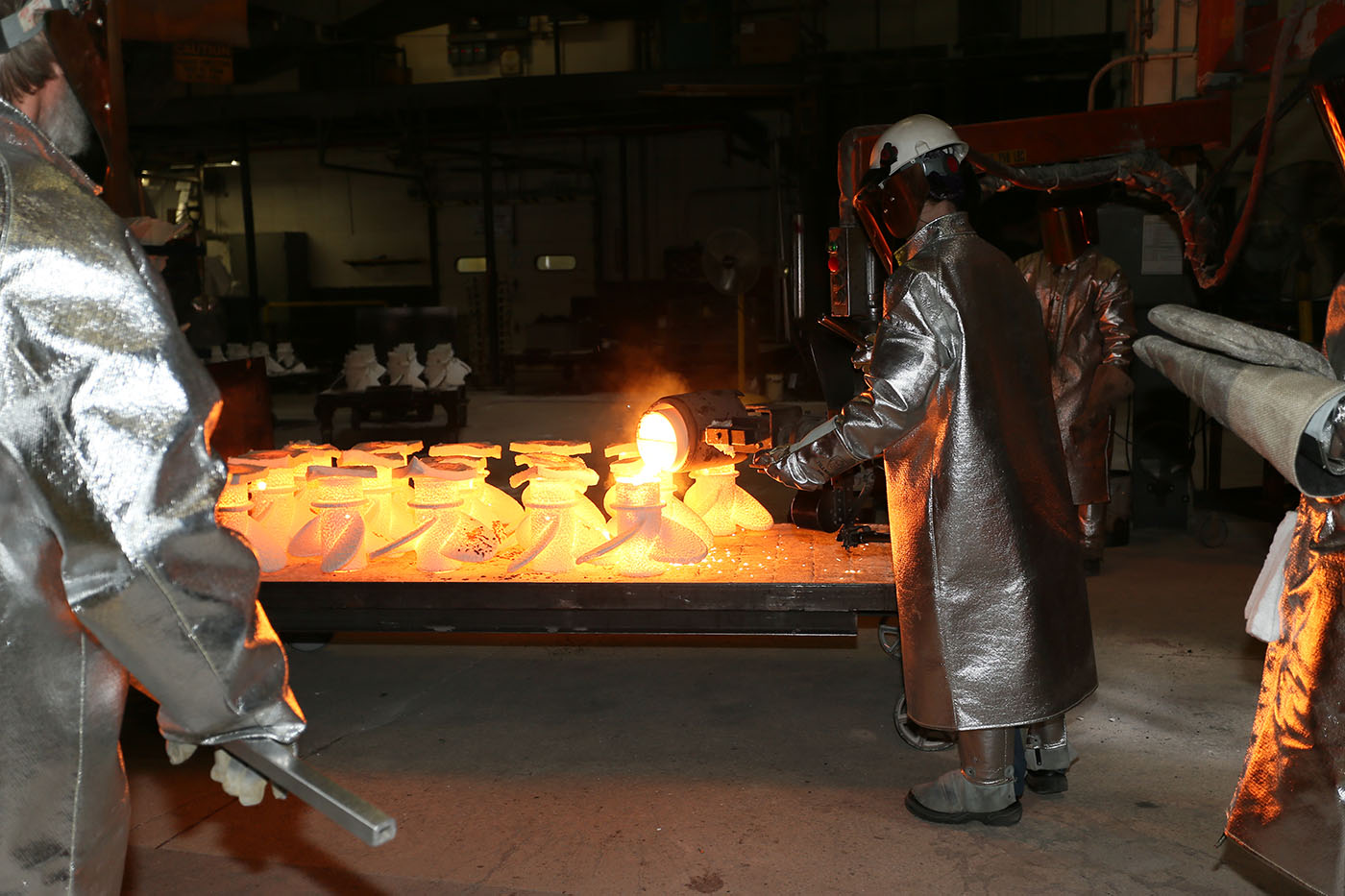 While Mercury Marine’s propeller foundry is among the highlights of a company tour, there’s much more to discover. Photos by Pete Boden/Shoot 2 Thrill Pix.

In June 2018, I got to see it all firsthand as I was in nearby Oshkosh to cover the Four Horsemen Poker Run. I’d been to nearby Mercury Racing before, but I’d never stepped foot in Mercury Marine. Tucked in the rolling hills of Wisconsin “cow country,” Mercury Racing has a top-secret “skunk works” atmosphere. Save for the omnipresent, distant whine of propeller technicians grinding away at their black art, it’s a quiet place. Mercury Marine, on the other hand, feels exactly like what it is.

So if you’re headed to Fond du Lac in 2019, you have to set up a visit at both facilities. And this could be a particularly good time for tours as Mercury Marine is celebrating its 80th anniversary throughout the year, something I was reminded of by a press release I received yesterday from the company.

The company actually celebrates its official 80th birthday this month. According to the release, on January 22, 1939, E. Carl Kiekhaefer purchased a bankrupt engine manufacturing plant then located in Cedarburg, Wis. 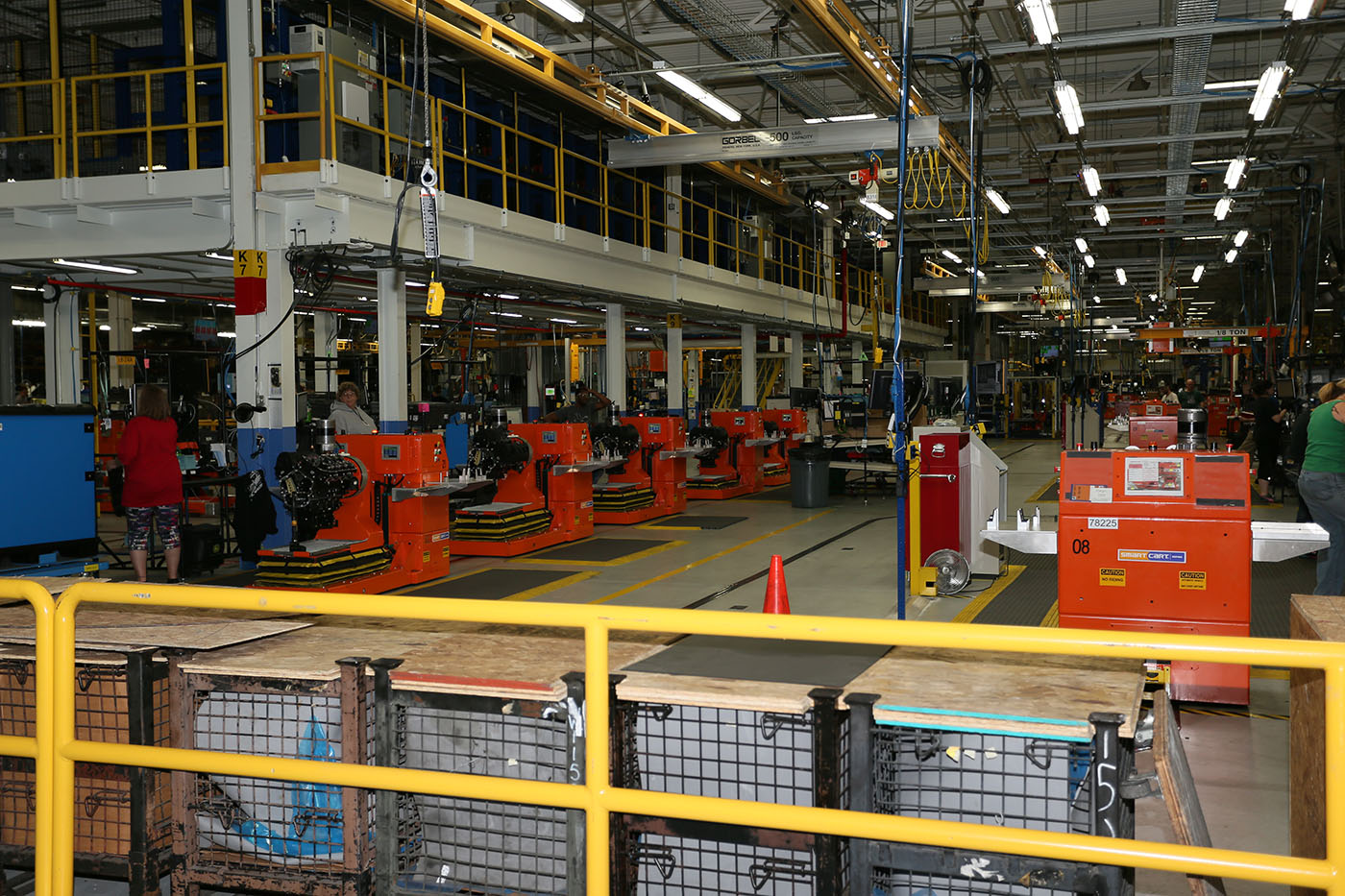 What a difference 80 years make. Lightyears away from bankruptcy, the company now has 7,000 global employees and is “the world’s leading manufacturer of marine propulsion systems, as well as marine parts and accessories.” A division of publicly traded Brunswick Corporation, Mercury Marine has invested more than $1 billion globally since 2008 into the expansion of research, development and manufacturing capabilities.

“Eighty years ago, Carl Kiekhaefer had a vision for Mercury and that was based around product innovation and technology—and it’s that vision that built the foundation for us to continue to innovate today, said John Pfeifer, the president of Mercury Marine, in the release.  “Mercury has come a long way over the past eight decades because of the hard work and dedication of everyone who has been a part of our journey. While the past 80 years have been fantastic, we are looking forward to continued growth over the next 80 years and celebrating throughout 2019 with everyone that has made our success possible.”

According to the release, Mercury “will celebrate its 80th anniversary throughout the year and showcase some of its strong heritage during the 2019 boat show season.” I’m not sure exactly what that means and Mercury Marine has not yet supplied details, but I’m looking forward to whatever celebration—and new product releases—the company has in store this year. 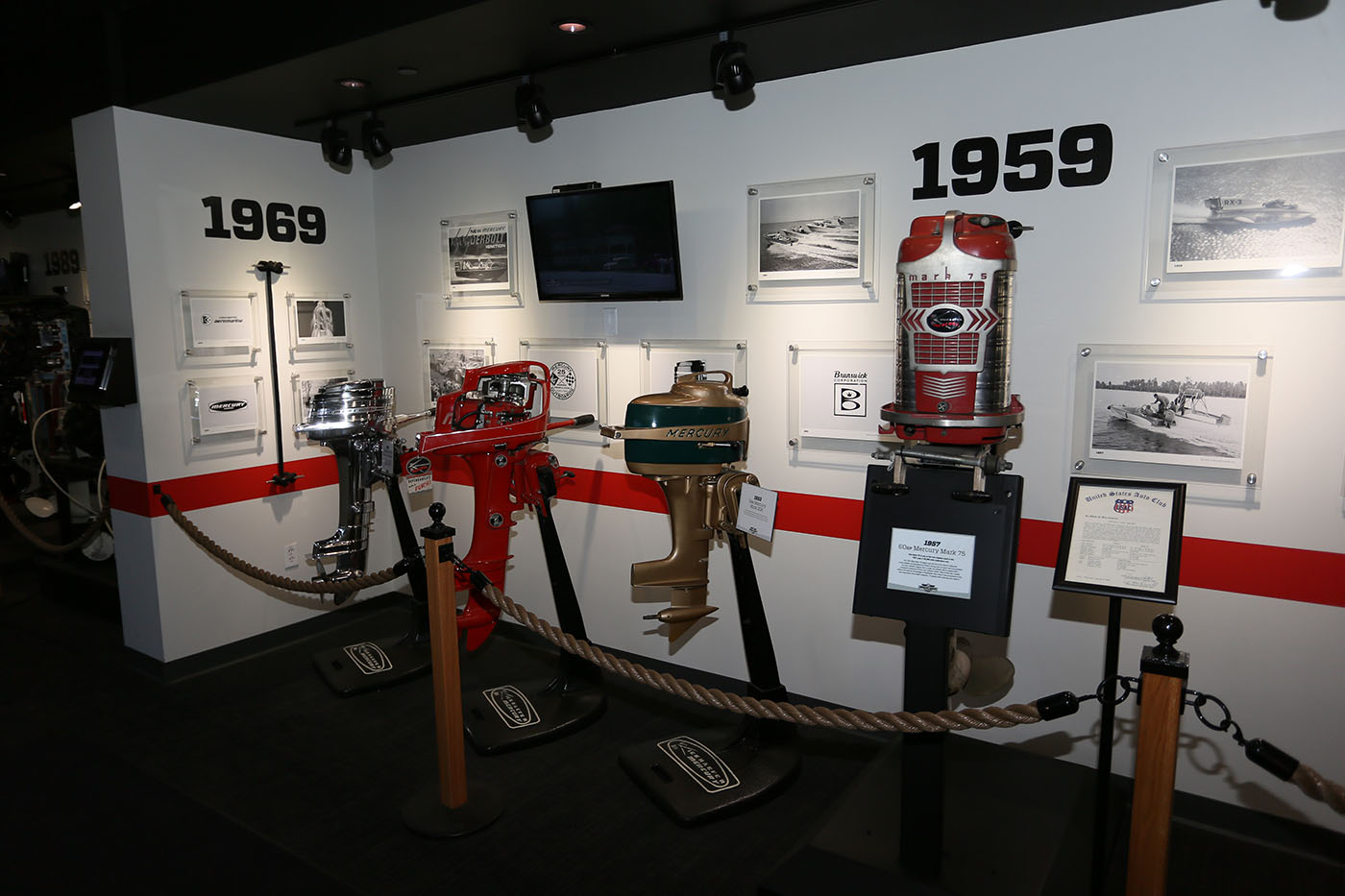 For a trip down marine power and propulsion memory lane, a stop by Mercury Marine’s in-house product museum is a must.

“We have a lot to be thankful for and a lot to celebrate,” said Pfeifer. “I’m looking forward to sharing those celebrations around the world.  2019 will be yet another exciting year with more innovations to introduce.”

Sounds good to me. Still, if you have a chance you need to see Mercury Marine firsthand. This could be the perfect year for visit, because while you’re there you can wish everyone involved a happy birthday.