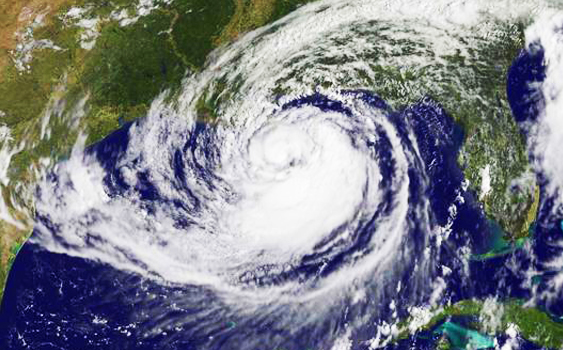 “Squalls out on the gulf stream, Big storm’s comin’ soon.” Jimmy Buffett really has a way with words, especially his lyrical description of hurricane season which spans from June 1 to November 30.

This past week, the South Florida and Gulf Coast regions were paid a visit by Tropical Storm-turned-Hurricane Isaac whose track twisted into an ironic course mirroring a pair of devastating storms that previously struck these areas: Isaac hit the Florida Keys a day after the 20th Anniversary of Hurricane Andrew and made landfall in Louisiana a day before Hurricane Katrina struck seven years ago. 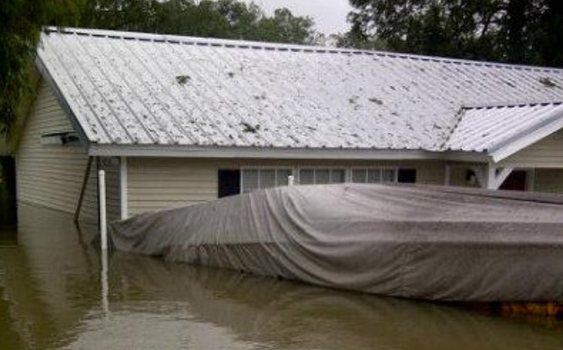 Forum member caseyh shared photos from Tickfaw, La. “Bloodriver Marina is 100% flooded,” he said. “The camps, houses, everything is under!”

Lessons learned from Hurricane Andrew (a Category 5 storm that leveled parts of South Florida in 1992) has provided boaters with storage facilities constructed with automated, covered racks that meet hurricane standards.

“Since most of the people in our club have their boats on trailers in warehouses or on storage racks in large modern marinas, it seems that there is less and less concern over storm threats,” Florida Powerboat Club President Stu Jones said. “I have had very few people indicate their concerns or stress over storms in recent years…for these reasons.”

As Tropical Storm Isaac headed on its northwesterly course towards Florida and took aim at the Florida Keys last weekend, area boaters who know the drill shifted into gear. Andy Newman of Newman PR (the agency that’s handled the media for the Florida Keys for over thirty years) ssaid, “People in the Keys are very attuned to the tropical weather.” 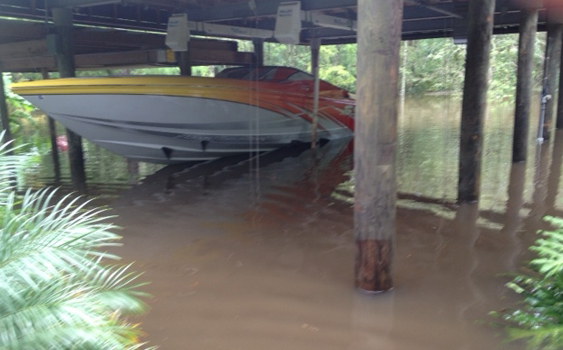 Forum member LAriverrat posted photos from Springfield, La. “The boat on the lift should be over 8′ from the water,” he said. “Another 12″ and it’ll float off.”

Although he lives in Miami, Newman keeps his Yamaha powered 26’ Sailfish at Bud & Mary’s Marina in Islamorada and implemented his hurricane plan early due to professional responsibilities. “This storm was a 50-50 call. Since I assist with the Monroe County Emergency Management team, my main challenge is I can’t wait around very long to decide what I’m going to do with the boat. When I’m called in, I’ve got to have everything in place. My boat came out of the water and went on a rack at the marina. My big decision is: do I put the boat on a trailer and get it back up to Miami or do I leave it in storage down here. And when I’m making my decisions five or six days out, there is such a large cone of error…there could be just as much damage on a trailer up in Miami or storage in Islamorada. It’s a toss of the dice.”

Further up the coast, Stu Jones had only minor adjustments for his 40’ cruiser docked behind his home in Broward County. “Fortunately, I added two more dock lines, made sure all the snaps on the cockpit cover were securely fastened, and the generator was working.”

Precautionary measures were stepped up for the boating community along the Gulf Coast as Isaac strengthened into a Category 1 hurricane on its approach to Louisiana, finally making landfall on Tuesday. Wednesday afternoon, I reached out to a couple of boating enthusiasts who said that in some ways the slow moving Isaac and its driving rains could impact the region as much as Katrina’s knock-out punch did in 2005. 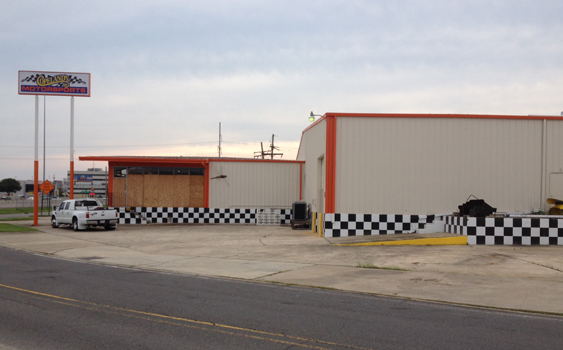 Scott Barnhart of the New Orleans-based Copeland Race Team told me that he secured the legendary Popeye’s Racing shop which boasts four turbine boats, two pleasure boats, thirteen motorcycles, and two monster trucks earlier this week. “It was just so unpredictable,” Barnhart said. “We didn’t want to take any chances. Flooding is a big issue now. I can’t even see the docks at our marina [Mariner’s Village]. And there will be so much debris in Lake Pontchartrain, there won’t be much boating for a while.”

Akaboatman of Baton Rouge took to the OSO forums and advised fellow boaters of impending conditions throughout the week until power went out late Wednesday afternoon. In spite of the flooding and windy conditions that had already blasted his area, Akaboatman managed to keep his Cajun sense of humor. “I’ve got my 232 Hurricane Sun Sport in a parking lot, away from all the trees. I sprayed soap on it because I knew it’s going to get pressure washed. I just did it for kicks.”

Early this morning, I placed two calls and left messages for Akaboatman. As of press time, I haven’t heard from him. Let’s keep our Gulf Coast boaters in our thoughts and prayers as we enjoy our time out on the water this Labor Day Weekend.

UPDATE: I just got a call from AKABOATMAN. He is OK. However, his street and yard are underwater. Although his house is eight feet up on a slab, he is busy moving out to his mother’s house where there is power.