Unlike most of you, I am not mechanically inclined. The last thing I tried to build—make that tried to assemble—with my own hands was a propane-fueled barbecue in 1999. Through it lasted on its wobbly legs for many years, it was not a thing of beauty.

Since then, I have owned many such barbecues—all ordered and delivered assembled. The extra money that costs has been a fair trade-off for not killing myself, my family and friends or my neighbors in a propane explosion. As Clint Eastwood said in Magnum Force, one of his many Dirty Harry series movies, “A man has got to know his limitations.”

On the handyman/assembler side of life, I certainly know mine. I suck. 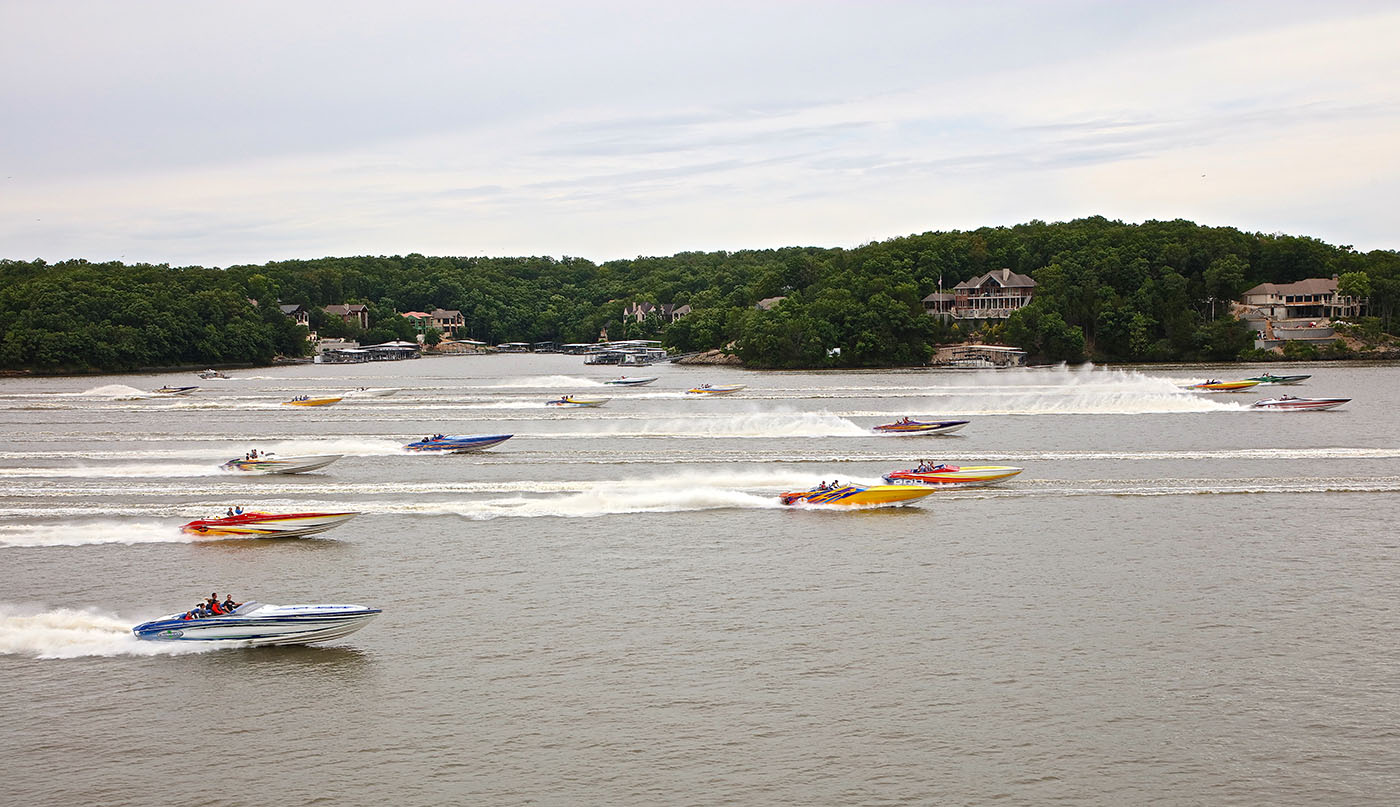 With the early part of the 2020 boating season on pause, now is the perfect time for a do-it-yourself project. Photo from the 2019 Cigarette Owners Rendezvous sponsored by Performance Boat Center by Pete Boden/Shoot 2 Thrill Pix.

But you’re not me. You can actually build, fix and generally improve mechanical things. And in the time of the COVID-19 pandemic when social distancing is imperative, now might be the perfect time for the go-fast boat do-it-yourself project you’ve been thinking about.

Cherilyn Teague of Teague Custom Marine in Valencia, Calif., agreed, though the company temporarily has closed its showroom.

“People who are trying to stay home or can’t be at work will still want to work on their boats or their cars, so I definitely think there could be an increase in DIY projects,” she said earlier this week. “Do-it-yourselfers are a big segment of the customers we cater to. We sell  all types of aftermarket parts and fittings, as well as some other items that also are appropriate for automotive applications, and not just boats.

“I also think that a lot of places like TCM are still working on repairing and servicing boats right now,” she continued. ”We can still help people over the phone, do mail order and we can arrange for will-call pick-up and drop-off, as well as leave things outside without having to have additional physical contact.”

Teague Custom Marine is far from alone in its forward-thinking, customer-service-oriented strategy during the novel coronavirus crisis. As reported earlier this week, FB Marine Group has created its own “virtual dealership” programs that include mobile service and parts delivery options.

Looking for some inspiration? Check out Powerboat1.com. As reported previously, the site, which was launched in late 2019 and is backed by a host of marine aftermarket/replacement parts companies, features videos dedicated to powerboat modifications, restorations and upgrades. Though the relatively young site does not yet have a broad cross-section of videos, it will eventually will. And you can submit your own DIY projects for future inclusion.

“The most exciting part of today is information-sharing in this industry,” said Rick Bournes of Powerboat1.com. “The projects use to be smaller, but we’ve got an entire new boating population emerging that’s taking on more extensive projects than ever before. This is a new generation of boat owner and the amount of information existing in the marketplace to them from places like YouTube.com and Powerboat1.com  is showing potential hobbyists that they can take on almost anything, as boats were built by people with two hands primarily for the last few decades.”

Based on cancelations of two major season-opening events next month—the Desert Storm and Tickfaw 200 poker runs—it’s safe to say the 2020 go-fast boating season is already off to a rocky start thanks to COVID-19. The upside? You’ll have more time to tackle the DIY project you’ve been thinking about but putting off because you don’t want to miss a moment on the water.

Just don’t ask for my advice, much less my help. Trust me. You don’t want it.