You are at:Home»Awesome»Ten Years In: The Incomparable Lake Powell Challenge

In less than a decade, the unassuming Lake Powell Challenge, which takes place next week in Page, Ariz., has grown into one of the highlights of performance boat season and the top fundraising event of the year.

In one week, I’ll be packing my bags for what I’m expecting to be the trip of the year. That’s saying a lot considering I attended the Miami International Boat Show in mid-February, the Desert Storm Poker Run in Arizona at the end of April, the Boyne Thunder Poker Run in Michigan in July and the recent 30th anniversary of the Lake of the Ozarks Shootout in Central Missouri. I also hit the trails with a bunch of performance boaters at the International Snowmobile Rally hosted by Michael “Doc” Janssen at his Wyoming property, Saratoga Hot Springs Resort, in January.

Considering I’ve never attended next week’s event, it’s an even bolder statement. Here’s the thing though, the hype around the Lake Powell Challenge hosted by Antelope Point Marina in Page, Ariz., has been growing steadily for the past few years, and it appears that the extremely charitable event, which celebrates its 10th anniversary next week (Sept. 12-16), is showing no signs of slowing down. So, yeah, I’m expecting big things. 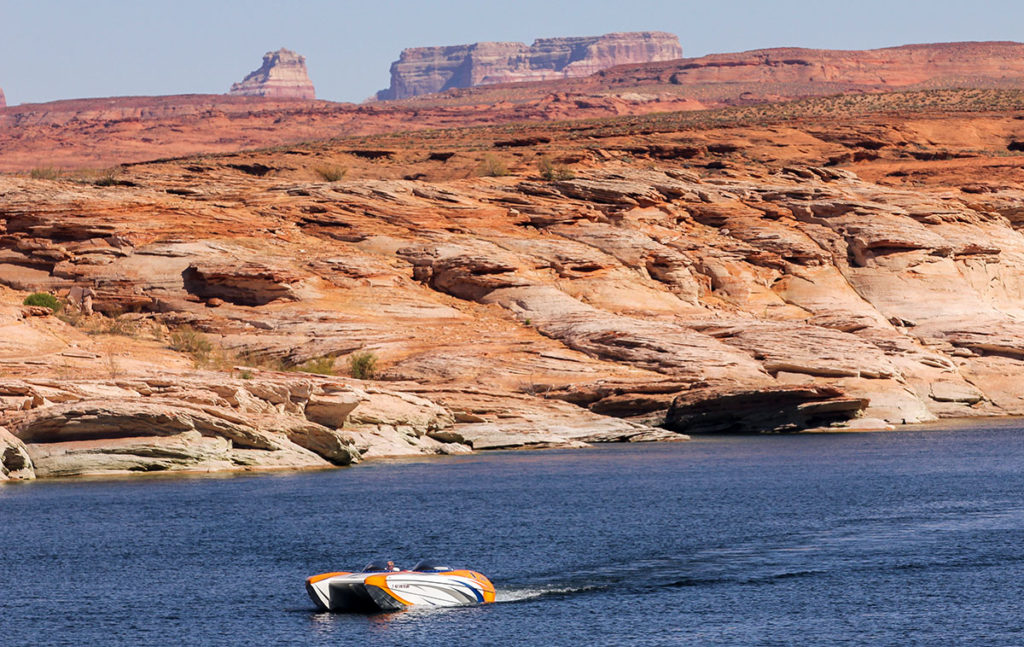 The Lake Powell Challenge hosted by Antelope Point Marina in Arizona offers scenery unlike anything else in the country. Photo by Jimmy Biro

Big things in terms of boats from the likes of DCB, Eliminator, MTI, Nordic, Skater and many other brands, not to mention the size of the houseboats, rock formations, smiles, sheer generosity, participation and, who knows, maybe even more money raised for the Mountain Valley Chapter of JDRF. The latter won’t be easy considering the run donated a half-million dollars to the charity. Yep, $500,000. To my knowledge, that is the largest amount of money raised at any performance boat event.

According to Burl Griswold of Antelope Point Marina, topping last year’s mark is possible but only because he believes the Lake Powell Challenge has the “most awesome and most generous group of participants any event could ever ask for.” 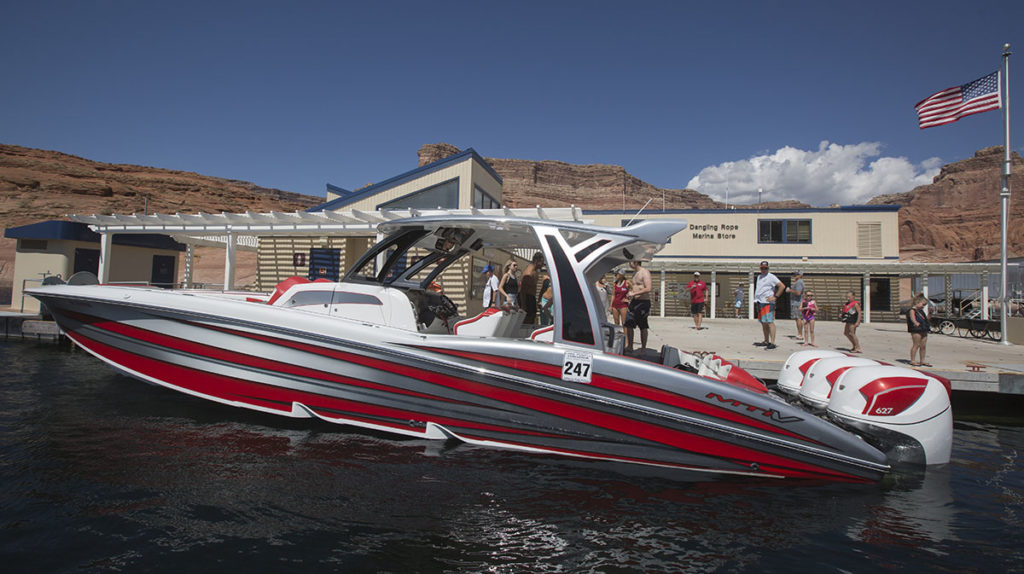 Everything from luxury performance center consoles like this MTI-V 42 to sport catamarans and offshore V-bottoms are going to be on hand for the 10th annual Lake Powell Challenge. Photo by Tom Leigh/Tommy Gun Images

“Considering we started out raising $3,000 in a land-based poker run, I never would have thought we’d touch $500,000 in one year,” Griswold said. “But now we have that goal again and just from the sponsors we have on board this year, I think we’re going to be close. It helps that Jerry (Moyes, owner of Antelope Point Marina) allows all of us at the marina to work on this and that Sysco donates all of the food for the event. We eliminate a lot of the costs that way.

“We are a charity first and a poker run second, and every decision we make is with that in mind,” he continued. “We also get some incredible auction items—one-of-a-kind things you can’t get elsewhere—that go for a ridiculous amount of money. The support we get from the performance boaters is amazing. They raise the money, in fact we have 15 participants so far who have donated at least $10,000 and the event hasn’t even started. They’re also our biggest PR people. It seems like when we get people here, they continue to come back and they tell all their friends about it. We have more coming from the Midwest than ever before. It’s going to be exciting.” 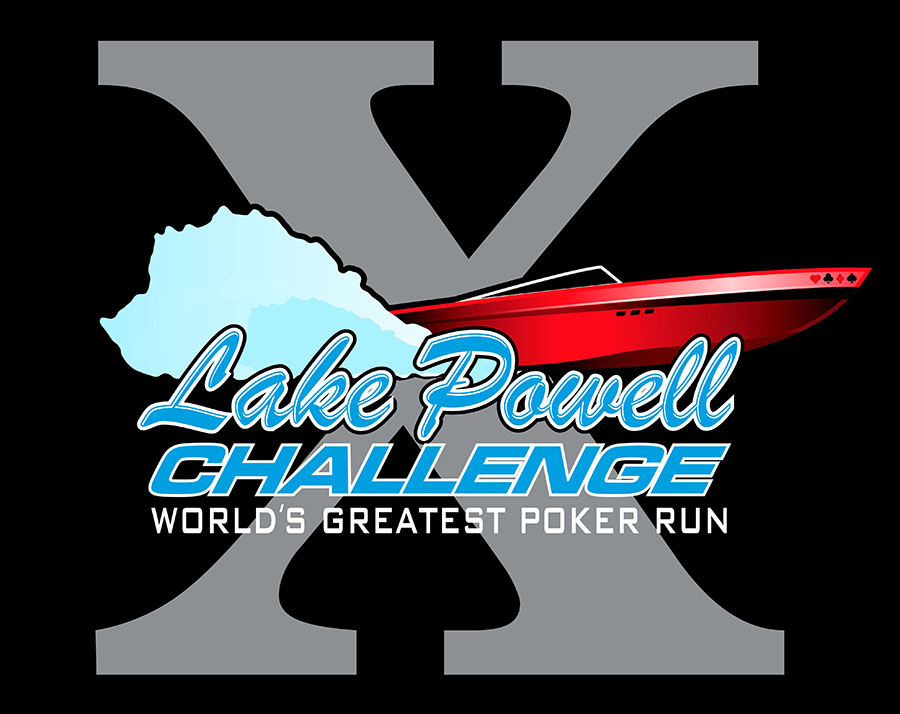 The self-proclaimed world’s great poker run is turning 10 next week.

When I spoke with Griswold recently he specifically asked that I point out that none of this would be possible without the Antelope Point Marina team and the corps of volunteers who donate their time to help things run smoothly.

Griswold also wanted to point out that the run is being extended this year for any participants who want to run to the Escalante River Arm on the north side of the lake. I know one participant who is up for taking in as many of the sights on the lake as possible—me.

And now you know why I’m so excited for next week.