You are at:Home»Awesome»The Sync Sense 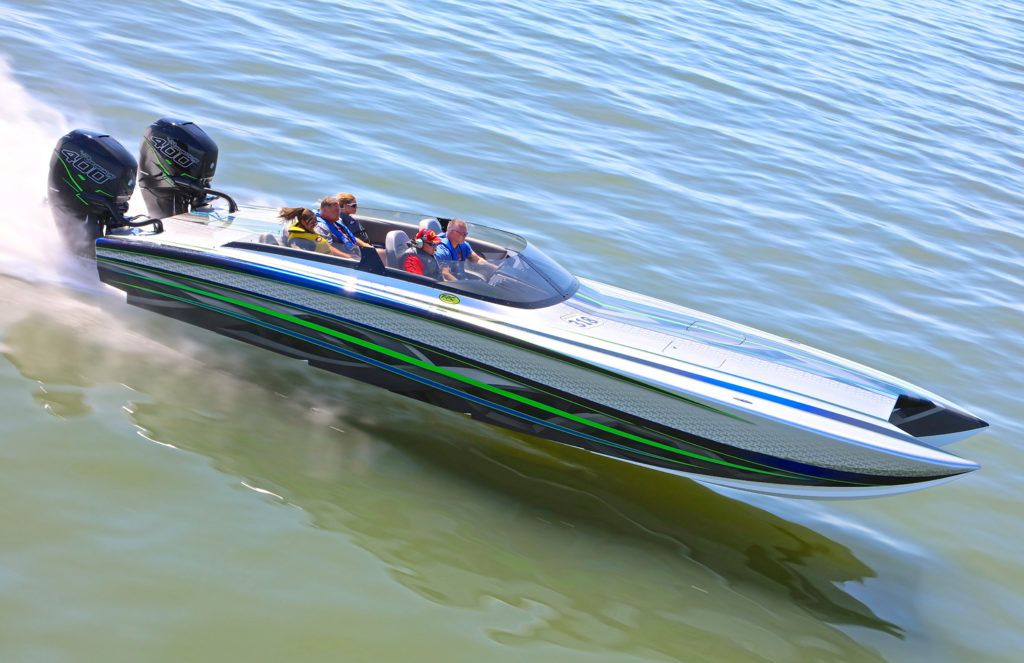 With very few exceptions, uneven trim angles for twin outdrives and outboard engines are less than desirable. And yet regardless of whether you’re looking at LED or mechanical trim indicators, dead-solid perfect trim angle alignment is tricky to determine and attain. Those facts drove Mike Clesceri, the founder of the Illinois-based Marine Design Corporation, which has made a solid name for itself with its race-tested DriveGuardian product, to develop his DriveSync system for stern drives power packages and recently release a version of it for twin- and triple-outboard applications.

To streamline and clarify nomenclature, Clesceri has now renamed both products TrimSync. A perfectionist by nature and a longtime performance-boat owner, Clesceri recognized the shortcomings of LED and mechanical trim indicators and they inspired him to develop his system.

“Most LED indicators have less then 17 lights, and even systems like SmartCraft or Garmin have only 100 steps in their displays to indicate the position of the drives/engines,” he said. “The problem is that the range of motion for the propeller shaft on a stern drive or outboard from full down to full up can be more than 23 inches.

So, even with an indicator that has 100 steps you can still have the engines uneven by 0.460″—23″/100 steps on the display—while the indicator is incorrectly showing them as perfectly even,” he continued “An LED indicator would be even worse with plus or minus 1.350″ difference between the two engines while the display indicates they are even. Some brands of LED indicators allow you to compensate by calibrating a smaller range but even if you cut the range in half, which means the indicator would not show any movement above or below that range, you would still be plus or minus 0.735″ between the engines. Even if you calibrated the LED to only work with 8.5″ of the total travel you would still be plus or minus 0.500.”

“Mechanical indicators are actually capable of much higher resolution than the current electronic offerings but extreme cable lengths, and the harsh marine environment make them unreliable and difficult to keep calibrated,” he said.

TrimSync is activated each time both engines/drives are moved at the same time—in the same direction. The “both button” was pushed, Clesceri explained. The processor-based controller converts the signals from the trim senders into a range of more then 600 counts between “full down” and “full up.”

“This extremely high resolution allows the system to accurately determine the position of the propeller shafts and does not rely on the indicators,” he said. “In less than one second after releasing the both button the system determines if a correction is required, and if so activates the trim pump for the slowest moving side. TrimSync will typically be able to place the propeller shafts to be within 0.0625″—less than 0.1 degree—of each other.

“And the operator doesn’t have to do anything other than press the trim button and drive,” he added. “It’s the safest way to trim a boat.”

Compatible with all aftermarket indicators as well as Mercury Marine’s SmartCraft and DTS (Digital Throttle and Shift) systems, TrimSync and has an optional NMEA output capability. And of course, it also works with trim tabs.