You are at:Home»Thoughts»Thanks For Giving

In a record-setting effort, the Lake Powell Challenge raised $500,000 for the JDRF. Photo by Tom Leigh/Tommy Gun Images

Without the people involved, the high-performance powerboating world is mostly just fiberglass, resin and a whole of metal. Yeah, the boats are cool. But the people are cooler.

I couldn’t be more grateful for the privilege of covering your world. And I’m feeling particularly thankful—go figure—today.

Here’s why: Year after year, you give back. Generosity is part of who you are and what the performance-boating community means.

Think about it for a moment. Earlier this month during Offshoreonly.com/Speedonthewater.com Key West Bash, you stepped up to help us raise more than $10,000—close to doubling last year’s amount—for Samuel’s House, a local nonprofit organization that serves homeless women and children. That might not seem like a lot of money, but for small outfits such as Samuel’s House it makes a big difference, much as New Jersey-based Shore Dreams For Kids—a day of powerboat rides, food and carnival fun makes a big difference in the lives of mentally and physically challenged children and adults. 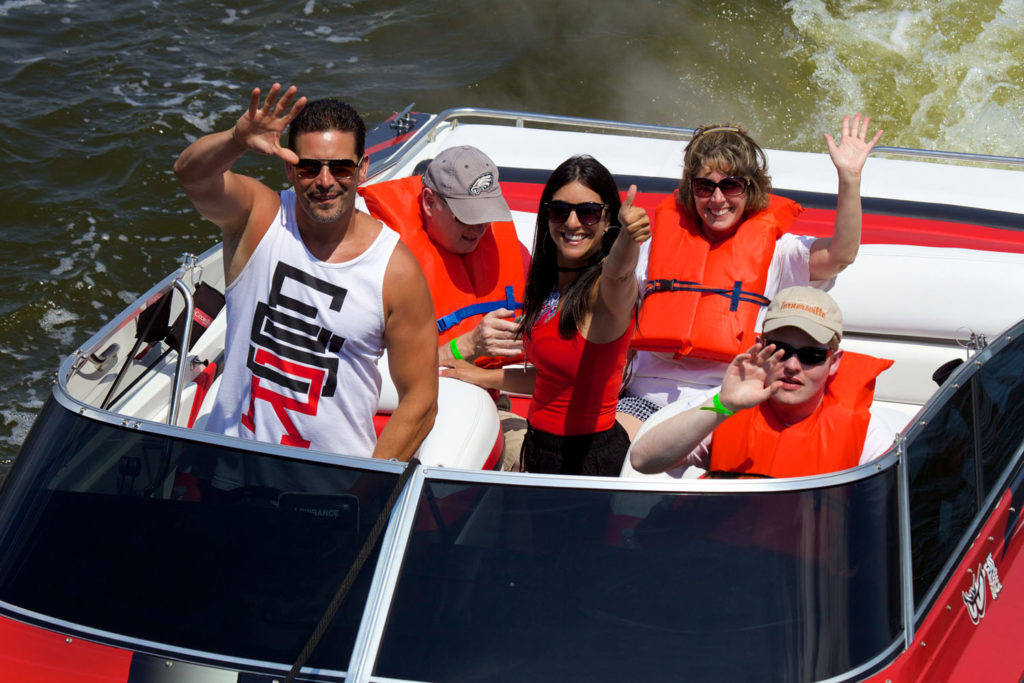 Shore Dreams For Kids brought joy to mentally and physically challenged adults and children, and their families. Photo by Tim Sharkey/Sharkey Images.

Of course you’ve heard of Shore Dreams For Kids—the event celebrated its 15th anniversary this year. For the nonprofit outfit’s board of directors, the owners who bring their powerboats and give rides and the army of volunteers who make it all happen, it’s a labor of love and compassion. This year’s event brought much-needed joy to those who too often find it in short supply—just as it will in 2018.

Sometimes, the sheer scale of your efforts is mind-blowing. During this year’s Lake Powell Challenge based out of Page, Ariz., you raised $500,000 for the Juvenile Diabetes Research Foundation. All that fun you had during the Lake of the Ozarks Shootout a few months back in Central Missouri? It helped produce $200,000 for local charities.

In California, this summer’s Big Cat Poker Run brought in almost $100,000 for the Discovery Bay Lion’s Club. And while you may not be thrilled with its reduced focused on performance boats, Georgia’s Pirates Of Lanier Family Poker Run still captured more than $150,000 for local causes.

From granting wishes for children battling terminal illnesses to supporting local hospitals, every event this season—as in all seasons past—on the Performance Boat Club of Canada’s roster had a vital charitable component. Two days from now, the Florida-based Fort Myers Offshore organization, which provides college scholarships to students in need, will host its annual Thanksgiving Fun Run, the first designated fundraising event of the nonprofit outfit’s 2017/2018 season.

You get the picture—because you are the picture. But when I look back at all you’ve done for others this year, all you’ve done in years past and all you will do in the years going forward, it takes my breath away. As I said, covering your world is a privilege.

So thank you for everything you do for others. May today find you at peace among those who love you.