You are at:Home»Uncategorized»Reaching The Summit

When the deal was official that Eddie Marine parts were being offered at Summit Racing Equipment last fall, the optimism was apparent. Of course an existing multi-year relationship between Summit and Eddie Motorsports—the sister company to Eddie Marine, which was founded by Ed Borges in 1993—fueled much of that enthusiasm. Now, just a few months into the partnership and boating season for most of the country on the horizon, that optimism is even more substantial. 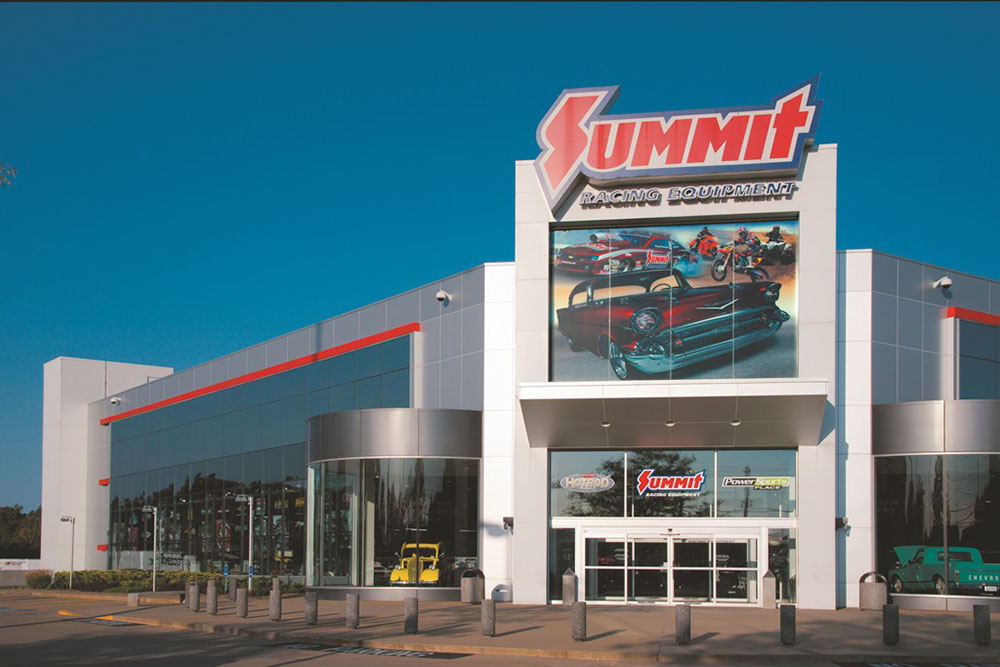 “We are very proud to be partnered with Summit Racing Equipment,” said Joe Rode, chief operating officer of the Rancho Cucamonga, Calif., company. “Ed and I have been in this business for many years and Summit is by far the best company we’ve ever dealt with. And not just because the business volume is crazy, it’s that the team at Summit treats its vendors so well.

“The company has many resources and a huge online presence; we can’t say enough good things about Summit,” he continued. “It took some time to get the marine stuff rolling—Summit has been offering Eddie Motorsports parts since 2014—but we’re seeing it grow every month thanks to Summit’s national distribution and its four retail outlets.”

Rode said Summit had a clear interest in expanding its marine line, which is why the company chose Eddie Marine as the first true performance marine brand for its Marine category. He also said Eddie Marine parts will be available through Summit’s wholesale division, Atech Motorsports. 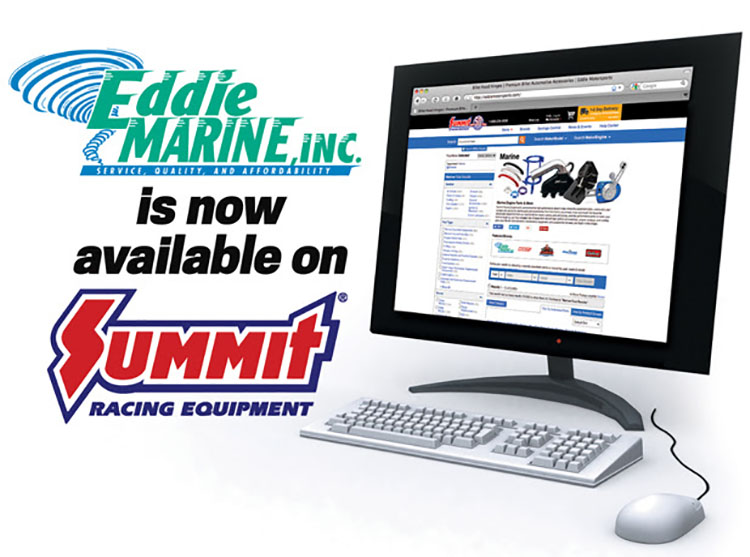 A full array of Eddie Marine parts are now available online at summitracing.com.

“Almost as long as Summit Racing has been around, we’ve sold marine-oriented parts, but it’s primarily been engine parts,” said Alan Rebescher of Summit Racing in Tallmadge, Ohio. “Traditionally we are known in the automotive realm for supplying millions of parts—the breadth and depth of what we carry is pretty astonishing. As we’ve expanded into powersports with ATV, UTV, dirt bikes and more, the logical extension was marine, which we believe can be a huge market for us since it’s relatively untapped. With 4,000 products from dress-up pieces to performance parts, Eddie Marine’s catalog is impressive and the company’s reputation is excellent.”

Rebescher said one of the primary criteria for adding products to Summit’s extensive line of offerings is that they provide resolutions for their customers. Often times, he said, the products Summit sells provide a solution for a problem people didn’t even know they had.

“We want our customers to be able to find as many items as they need or want in one location,” Rebescher said. “Eddie Marine’s products expand our offerings while providing shoppers with quality options to help upgrade their boats.”