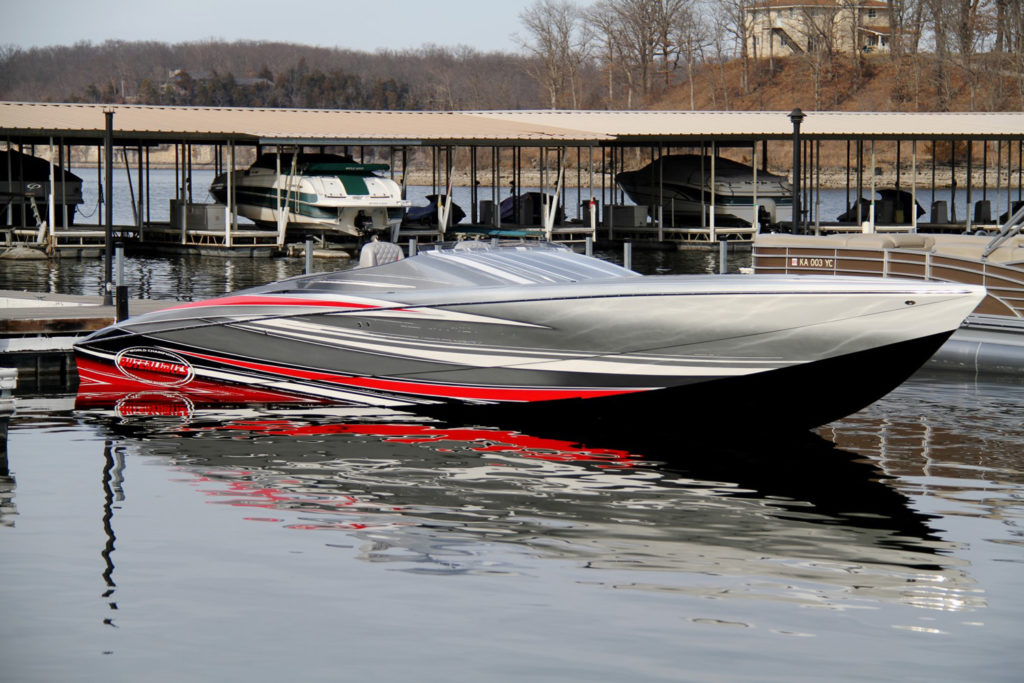 Do you remember the Outerlimits Offshore Powerboats SL 36 V-bottom? With just two models built—one with Mercury Racing 520 engines and another with Mercury Racing 565s—there’s a good chance you probably don’t. Mike Fiore, the founder of the Bristol, R.I., company had hoped the 36-footer he introduced in 2013 would be a price-point boat, in essence, a more-affordable Outerlimits. In the end, he wasn’t able to get the price down to an attractive enough level for would-be buyers, who for not a whole lot more could have a bigger and badder Outerlimits.

But as the saying goes, that was then, this is now—and now performance boat builders have the Mercury Racing Verado 400R outboard to work with. So while there’s plenty of chatter out there regarding a possible Outerlimits center console and company representative Dan Kleitz has confirmed that there could be one released “in the foreseeable future,” the next project on the table is a twin Verado 400R outboard-powered version of the SL 36.

“The 36 with stern-drive power was fairly expensive for a smaller boat,” said Kleitz. “But an outboard version would be a lot more affordable—that definitely would get the price down. Of course, we’d make some changes with a new deck mold that lengthened, without the need for a spacious engine compartment, and widened the cockpit to maximize interior space.”

While Kleitz wasn’t ready to release a price for the 36-foot closed-deck, full-cabin model, he did say pricing would be “competitive” with that of a 34- to 36-foot twin outboard-powered performance center console.

Though Kleitz described the outboard SL36 sportboat as the company’s next project, he did not offer a timetable for its release. The company has several builds in process, including the second triple Verado 400R-powered SL 41—the first one is currently for sale as Dave Burgess, its Michigan-based owner, is stepping up to a sit-down boat—a few big V-bottoms and one large catamaran, plus an SV 29 being built for Kleitz and his father, Ken.

“My dad and I even considered doing an outboard-powered 36 instead of our 29,” Kleitz said, then laughed. “But we’re already committed.”