You are at:Home»Awesome»Ski Racing On The Mind 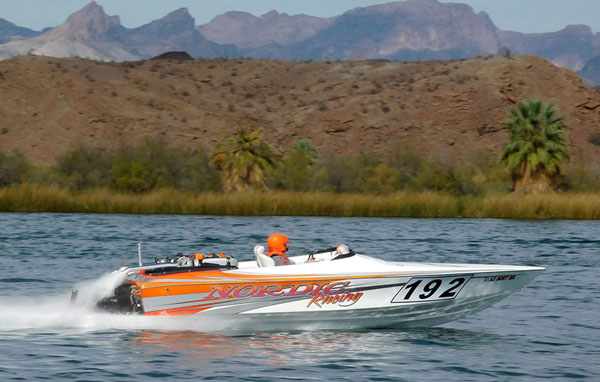 I’m the first to admit that my knowledge of water ski racing is pretty limited. Thankfully my friends at Nordic Boats—the Lake Havasu, City, Ariz., boat builder behind the formidable Nordic Racing ski team—keep me up to speed. In fact, just today, before leaving for the airport for his flight to Seattle, I caught up with Randy Davis, the owner Nordic and driver of several of the United States Water Ski Racing Team’s competitors in the upcoming world championships.

Davis will be in Tacoma, Wash. this evening to participate in the 20th World Water Ski Racing Championships that kick off with inspections today and wrap up after four races between Saturday, July 29 and Sunday, August 6. Held in conjunction with the National Water Ski Racing Association, International Water Ski Federation and USA Waterski, the bi-annual event is returning to the U.S. for the first time since 2003 and making its first appearance ever in the Seattle area.

“Being that we’ve never raced in Seattle, I was hoping that it would be rough, but after practicing up there in some pretty smooth water last Friday and Saturday and looking ahead at the 10-day forecast, I don’t think that’s going to be the case,” Davis said. “Don’t get me wrong, it still gets tricky out there with the swells and wakes from the boat traffic, but we prefer it when it’s rough.

“Obviously I feel like Team USA has a great group of skiers and that I’ve got a chance to win with all three racers I’m pulling, but I’m just hoping that the U.S. can win the overall gold medal,” he continued. “That’s the most important thing to me. We expect the racing to be very competitive and I think the race venue should be great for spectators.” 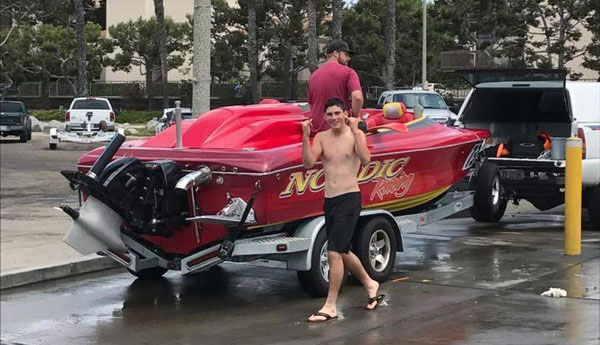 Davis is set to pull Katelin Wendt in the F1 Women class, Rex Helm in the Junior Boys division and Todd Haig in the F1 Men class. Following the world championships, Davis and Haig will compete in the 69th running of the legendary Catalina Ski Race on Saturday, August 12. The teammates—along with observer Dennis Hall—have won the 52-mile race from Long Beach, Calif., to Catalina Island and back many times and are among the favorites to win the event overall again.

Davis’ son, Steve, also is going to pull three racers at the world championships—Mary Maher in the F2 Women class, Martie Wells in the F2 Men class and Julia Williams in Junior Girls.

The captain of the U.S. team, Bob Nixon of Boulder City, Nev., is excited to get the racing started. The owner of a beautiful Outerlimits Offshore Powerboats SV 43, Nixon was the team captain in 2001 and 2003.

“My friend, Randy Davis, talked me into coming back this year so it’s his fault,” Nixon said with a laugh after stepping away to answer his phone during the team’s tech inspection today. “Seriously, we’re having a lot of fun up here and there is a lot of talent on this team. I’m looking forward to an exciting week of racing.”

Ski racing athletes from nearly a dozen countries are expected to compete in six divisions—F1 Men, F1 Women, F2 Men, F2 Women, Junior Boys and Junior Girls—for world titles at the biennial event, which consists of four rounds of racing. The final overall placements are going to be determined from the athletes’ three best race placements out of the four races on Lake Washington in Seattle and the Puget Sound at Point Ruston in Tacoma.