You are at:Home»Commentary»Rick Mackie Has (Almost) Left The Building

When Rick Mackie called to tell me he was leaving Mercury Racing, I tried—and failed—to hold back tears. The brightest ambassadorial light in the Fond du Lac, Wis., high-performance marine engine and accessories company, Mackie was one of the first industry people I met when I joined Powerboat magazine in late 1993. Back then, he worked for Fred Kiekhaefer, the legendary president of Mercury Racing, alongside fellow marketing and media relations  man Tony Esposito, a no-nonsense, wisecracking Midwesterner.

They were quite a trio. Kiekhaefer was brilliant and sometimes a little scary. Esposito was (as noted above) a smart-ass with a knack for product promotion and, as a former reporter, adept at dealing with media types. Mackie helped Esposito get those media types exactly what they needed when they needed it, which usually meant yesterday.  And no matter how rushed, he was unfailingly cooperative, kind and gentle—and joyful.

Mackie dreamed about working for Mercury while he was growing up in Sault St. Marie, Mich. He “fooled around” with Mercury outboard-powered boats throughout his adolescent and teenage years. When then Mercury Hi-Performance hired him what would have been 31 years ago next month, he thought he had arrived in heaven. 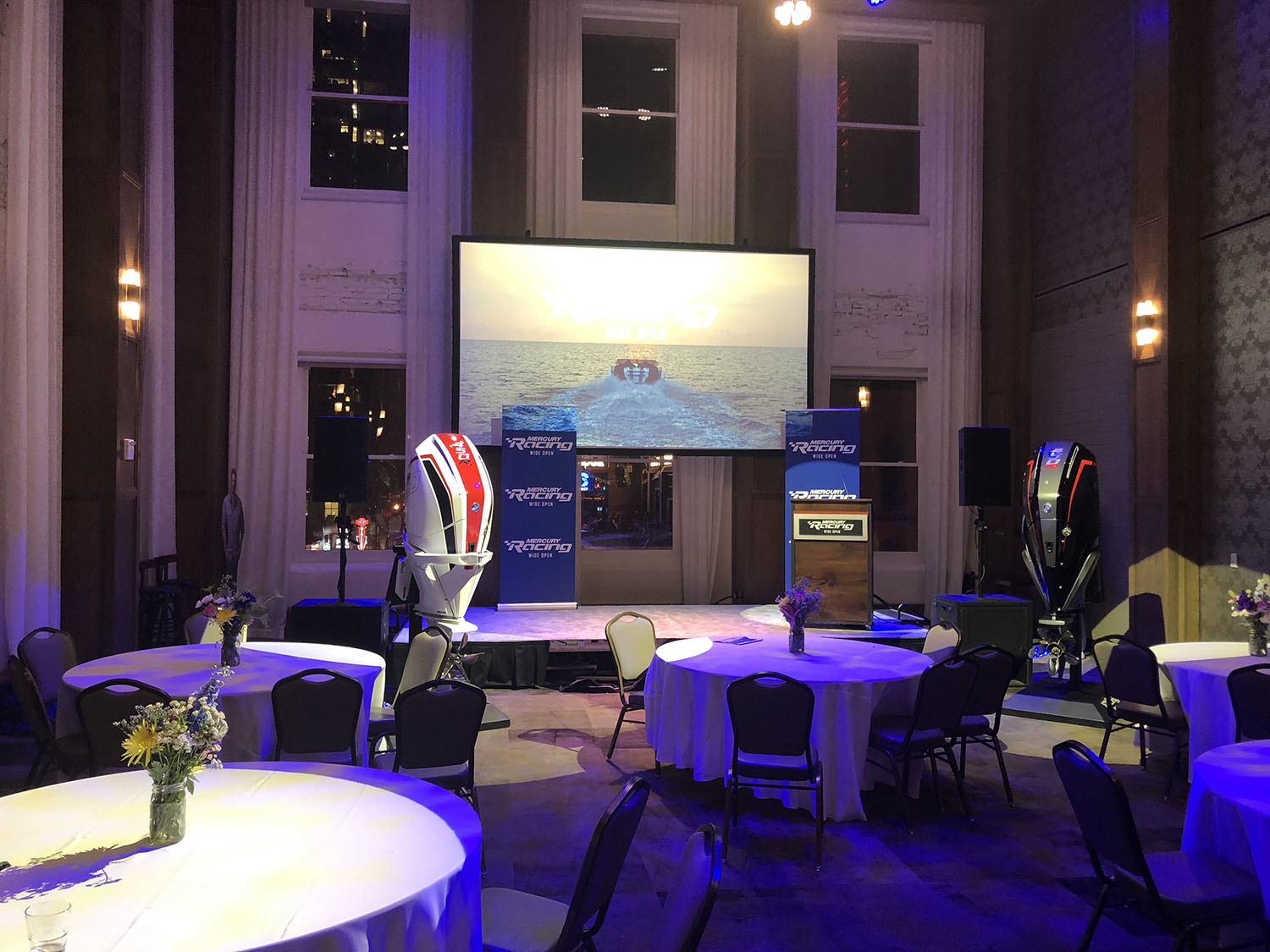 Rick Mackie’s final media and industry event was the introduction of the Mercury Racing 450R outboard engine in Nashville in June.

Mercury Racing, you see, was exactly where he wanted to be. And everyone who worked with him, from his fellow dedicated employees to his many friends in the media, was better for it.

“I always tried to treat people the way I wanted to be treated,” he told me during that phone call.

The Golden Rule. On and off the clock, Rick Mackie, now 57 years old and retiring from his 30-plus-year dream job as a senior marketing specialist for Mercury Racing, lived it every day. He still does.

Rick Mackie: “I always tried to treat people the way I wanted to be treated.”

I choked up when he said that. I didn’t know how to respond, much less how to thank him for all he’d done for me for so many years, what a good friend he had become, how much I respected and admired him for his courage, integrity and professionalism. So I kept it simple.

Rick Mackie’s final day at Mercury Racing is Friday, August 16. He has almost left the building, the odd little bubble-window plant in rural Wisconsin that creates some of the most incredible high-performance products the marine world has ever seen, that was his second home for almost 31 years. That building will remain full of life and productivity long after Mackie departs, but the space he will leave behind will never be filled.

And he will never be forgotten.