You are at:Home»Engines»Making More From Stock Power 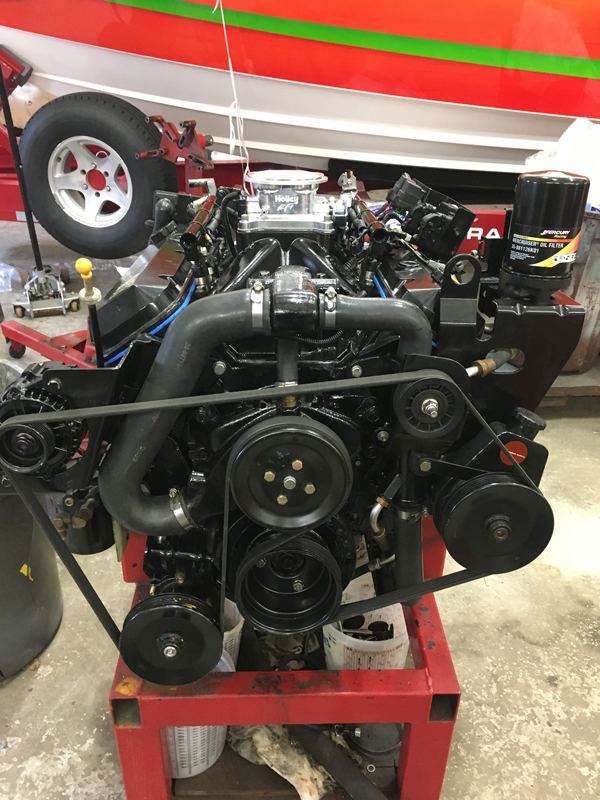 Saris/Performance is offering naturally aspirated power upgrade packages for the 502 and 454 Magnum engines.

From the mid-1990s to the early 2000s, the 454 and 502 Magnum engines were most powerful engine offerings in Mercury Marine’s MerCruiser stern-drive engine line. For buyers lacking the financial wherewithal to step up — and the step was mighty tall — to a Mercury Racing engine product, those stalwart, torque-rich powerplants found their way into more than a few sportboat engine compartments, where they still are to this day with warranties long gone.

Jason Saris of Saris Racing Engines — the custom engine-building branch of Performance Marine — and the rest of the crew at the established powerboat service, rigging restoration company in Lake George, N.Y., view this as an opportunity for power upgrades. Especially during the past three or four years, they’ve “seen an influx,” according to Johnny Saris, of 454 and 502 Magnum engines coming into the shop for everything from valve jobs to complete rebuilds.

“We couldn’t help but ask ourselves, ‘Why waste them?’” said Johnny Saris, who shares the cockpit of the Saris Racing Engines raceboat with his father, Jason, the co-founder of Performance Marine. “There are a ton of upgrade kits available for newer engines and we do a lot of Whipple upgrades for people, but that is an expensive proposition.

“So we thought something more affordable for 454 and 502 engines would be better for the everyday performance boater,” he added.

“A Stage 3-upgraded 454 Magnum we completed this week made 512 hp on its final dynamometer pull,” said Saris. “The stock engine made 385 hp. I think the 22-foot Donzi sportboat it lives in will pick up 10 to 12 mph without compromising the engine’s original reliability.” 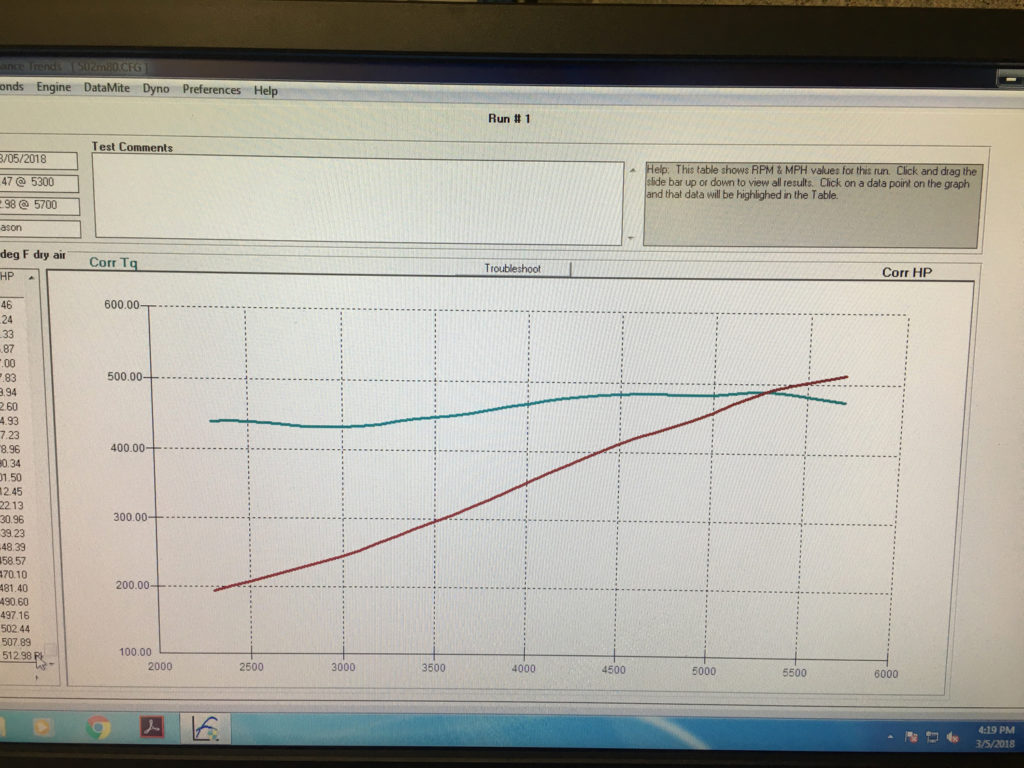 Dynamometer is included in the 454 and 502 Magnum engine upgrade program.

Saris said the key to all of the kits combining high-quality aftermarket parts with precision tuning. At every upgrade stage, every part has been carefully chosen.

“These aren’t just bolt on accessories for the backyard mechanic or weekend gearhead,” he said. “Included in the price for all Stages is a custom fuel map that I create on the dyno then perfect in the boat, plus precision prop testing with our BBLADES propellers.

“We like being the final piece to the puzzle,” he continued. “All the power in the world in a boat that doesn’t hook up is useless. Being able to combine our dyno with lake access really makes for a complete package upon delivery.”

“While those prices may seem a bit steep, a lot of work is involved with squeezing an extra 115 hp out of a stock engine,” said Saris. “People have to remember that even at Stage 1 almost half of the price is labor alone. Not only does it include a new cam, hydraulic roller valve train and new exhaust, it includes the time it takes to complete a three-angle valve job and set up valve-train geometry, plus engine removal and installation, dyno tuning and water testing.”

Nothing less is acceptable to him or his father, Saris said.

“We aren’t a company that will ever cut corners to save money,” he said. “And I’m absolutely fine with that.”