You are at:Home»Inspiration»When A Year Takes Months

If you prick Jason Johnson’s arm, I’m pretty sure ink will come out of it. Same goes for me. Though much of what we do as the publishers of speedonthewater.com is digital, we were raised on print magazines. Sports Illustrated, Rolling Stone and National Geographic and more taught me to read and inspired me to write. Same goes for Johnson, my longtime friend, fellow offshoreonly.com columnist and speedonthewater.com colleague.

Things change, and it would be a whopper to claim that print magazine circulation is trending upward. We were both sad to see Powerboat magazine, where we worked for years, go down the tubes with much of the print magazine world. But sadness and self-pity don’t pay the light bill. So 10 years ago we headed into the online realm of daily reporting, a weekly newsletter and a feature-based bi-monthly digital magazine. 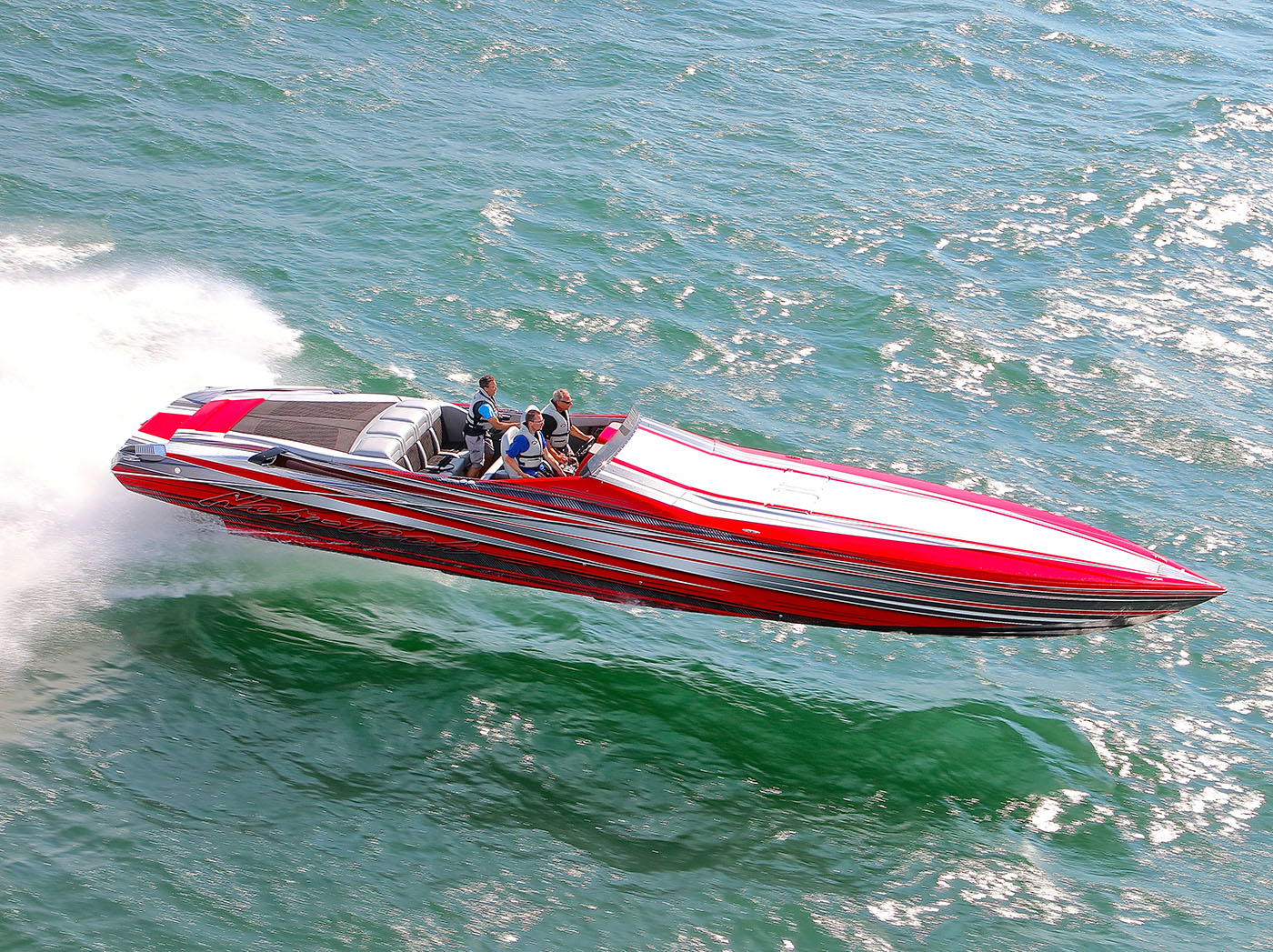 Ron Meyering’s Nor-Tech 477 is one many outrageous sportboats that will be showcased in the 2019 Speed On The Water Year In Review print Issue. Photos by Pete Boden/Shoot 2 Thrill Pix.

Still, we missed print. When it comes to creative satisfaction, looking at your work on a screen doesn’t compare to holding it in your hands. And that’s why five years ago, we launched our first Speed On The Water Year In Review collectible print edition. As I’ve written before, the key to any year-in-review type of project is—go figure—knowing what happened that year. Our daily reporting on speedonthewater.com makes that chore far easier than it would be minus the extensive database, currently sitting at 6,625 articles, we have created.

But that doesn’t mean it’s easy. We started writing summaries for the 2019 Year In Review “Events” section more than nine months ago. Same goes for the Boats section, at least as it applies to those models released during the 2019 Miami International Boat Show. (That’s why we go to sometimes painful lengths to have photographer Pete Boden shoot boats for us on Friday morning before the show opens for its second day.)

Summer travel slows us down a bit but we keep trickling photos and text to Ricky Damien, the ridiculously talented art director we worked with at Powerboat magazine. From September through December and into early January the workload ramps straight up. Johnson learned desktop publishing and his formidable computer layout skills in college. That technology didn’t even exist when I was in college and dinosaurs roamed the earth, so Johnson works closely with Damien on the nuts-and-bolts aspects of publishing the magazine. I just keep writing my butt off for the website, the digital magazine and, of course, the Year In Review publication. 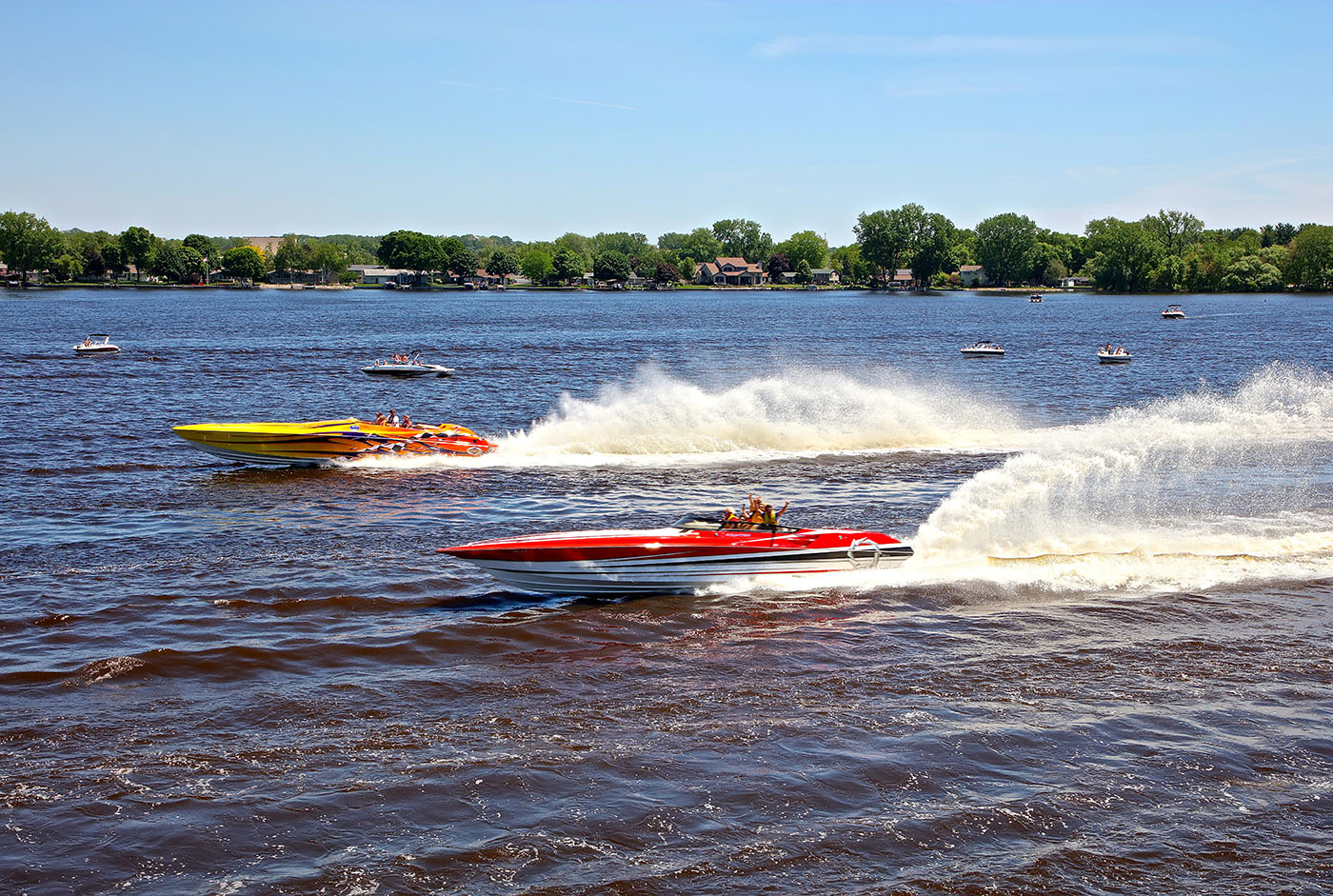 You can relive the biggest boating events of 2019, such as Four Horsemen Poker Run in Wisconsin, through the upcoming Speed On The Water Year In Review magazine.

It’s a great match of complimentary skill sets. Plus, when it all gets to be too much and we need a break, we blow out of our home offices, go mountain biking together and then grab a sandwich at the nearest Jersey Mike’s. Being your own boss has its advantages.

The cover of the 2019 Speed On Water Year In Review issue went to the printer in Minneapolis last week. As he will with the entire magazine, Johnson transferred the four-page “cover form” digitally. (During the entire process, we do not see a single sheet of paper.) By Friday, we will be completely hands-off with the magazine. It will be printed early next week and in your hands—at least if you’ve ordered it—in late January to early February, just in time for 2020 Miami International Boat Show.

And the day after the show opens—with Boden in the air shooting—we’ll begin working on the 2020 edition. It is indeed a lot work, albeit a revenue-producing one.

But it’s really a labor of love.