You are at:Home»Racing»Venue Production Values

As it should, all glory in offshore racing goes to the winning teams. Next up in the recognition category are the overall series producers such as the Offshore Powerboat and Powerboat P1, which combined this year to produce the six-race inaugural American Power Boat Association Offshore Championship circuit.

But each venue has its own producer/promoter. And without each of them working within their local communities to build consensus and create economic benefit for local businesses and charities, as is only appropriate when a community opens its doors to a race weekend, offshore races would be a whole lot fewer and farther between. Make that nonexistent. 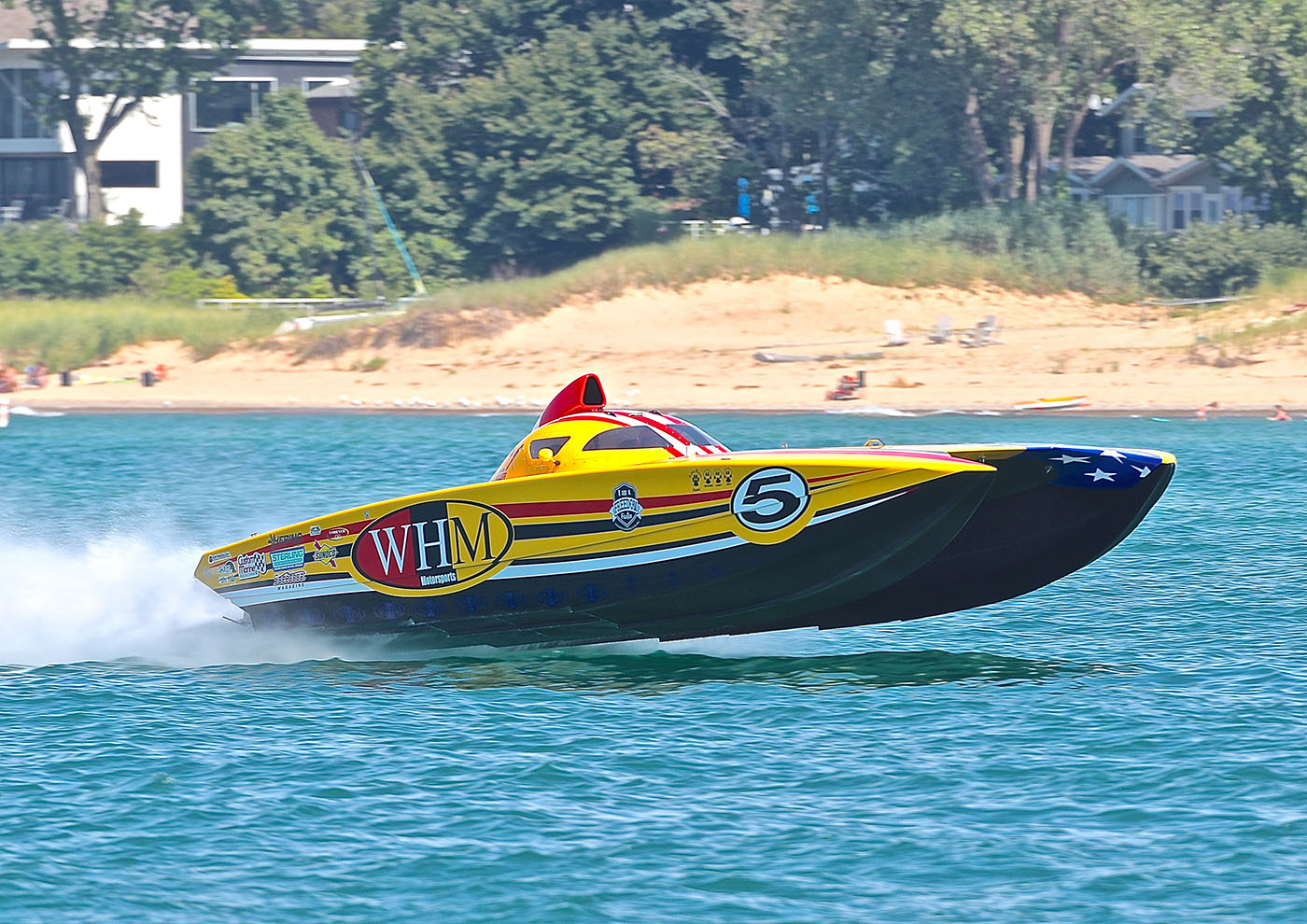 To that end, the APBA series had outstanding lead producers at each site: Kerry Bartlett in Cocoa Beach, Fla., Mike Shepherd  at the Lake Race at the Lake of Ozarks in Central Missouri, Lucy Nicandri in Sarasota, Fla., Bob Currier in St. Clair, Mich., Rick Wright in Michigan City, Ind., and Tim and Cyndee and Shepherd in Fort Myers Beach, Fla.

Of course, they all have teams of selfless volunteers on their assorted organizing committees and in the field before, during and after race weekends. Talk to venue organizers and you’ll learn that bringing an event to their hometowns is a year-long commitment. As soon as one race weekend is done, they start planning for the next one the following year.

In early January, most of the chief organizers from each venue will meet in Sarasota to debrief this year’s APBA Offshore Championship Series and discuss improvements for 2020 circuit. (A couple of organizers will join the meeting via video conferencing.) The goal of the already close-knit group is to be even more closely aligned and “on brand”—the brand being the APBA series itself—next year. 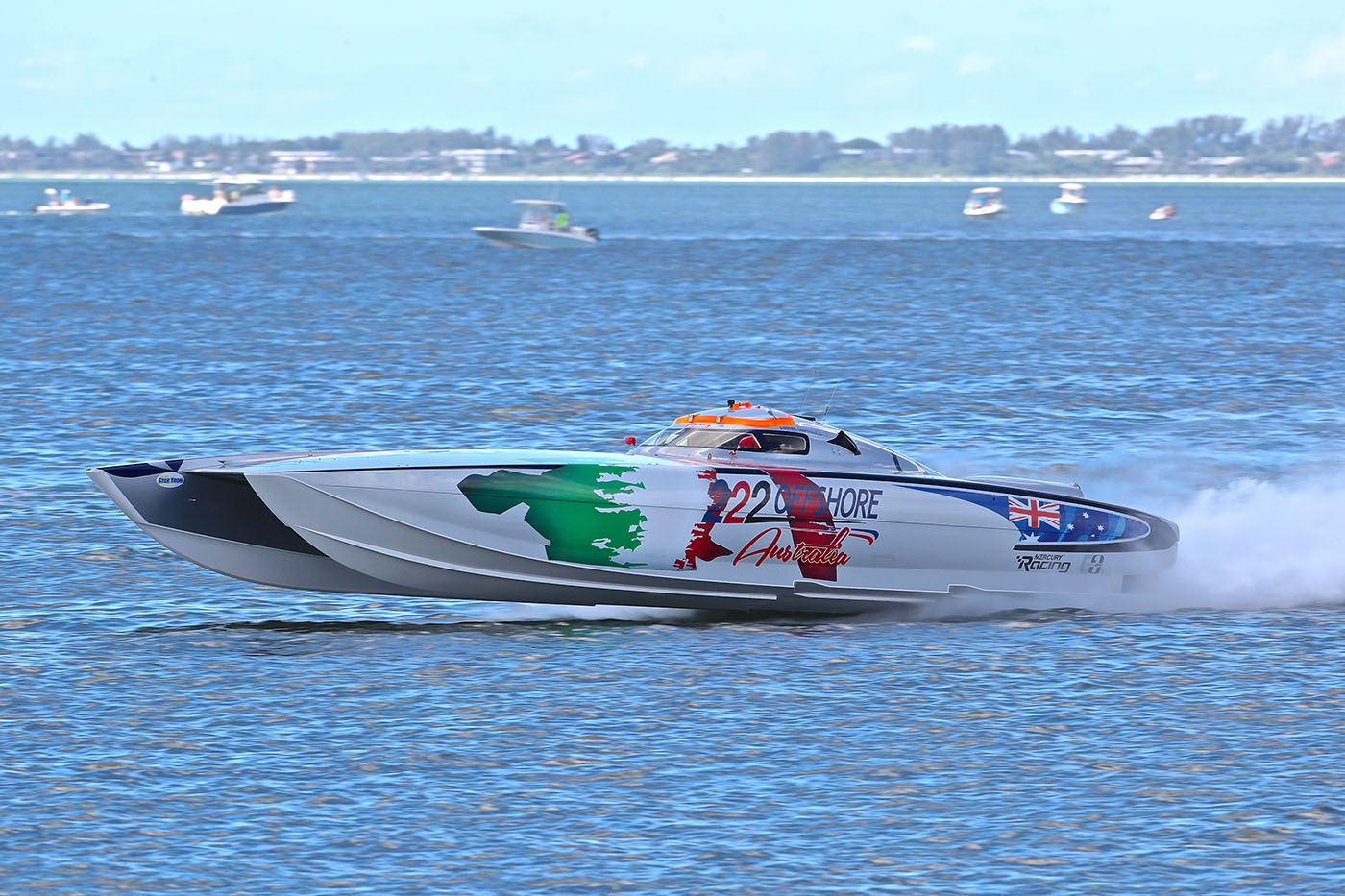 Having courses set up on practice days in one of the goals for the APBA series in 2020. Photo from Roar Offshore 2019 in Fort Myers Beach, Fla.

“We’ve spoken to all the organizers individually throughout the season, but in Sarasota we’ll have the all ‘in the same room’ at the same time,” said Azam Rangoonwala, chief executive officer of Powerboat P1. “Our goal is to greater align all of the events in terms of promotion and continuity.

“For example, as much as possible we’d like to have all races venues in the series follow the same race-day schedule,” he continued. “Last year, we did that as much as possible but we can improve. We’d also like to have the Livestream broadcast consistent across all six venues. That would make it easier for teams to let their fans and sponsors know when they’re actually scheduled to be racing.”

Throughout the season, Rangoonwala and Ed “Smitty” Smith, a veteran offshore racer who heads the OPA, have gathered feedback from race teams. That, too, will be discussed at length during next month’s meeting in Sarasota.

“One example of that is that teams love having the racecourse in place on practice day,” said Rangoonwala. “That’s not always possible for various reasons at every venue—they have to work their own local agencies—but we’d like to have that as consistent as possible. The teams also want all schedule information as early as possible so they can plan better. That’s also one of our primary goals.

“Now that we have worked with OPA and the race venue promoters, we know a lot more about how everything works,” he added. “We definitely learned a lot in our first year, and now we know the venues inside and out. We’re definitely coming out of this year with a lot of momentum, and that has to do with each venue promoter.”