You are at:Home»Congrats!»An Unexpected Proposal

Traveling to performance boat events I’ve never been to always leads to new experiences, but something happened at the Lake Cumberland Thunder Run hosted at State Dock Marina in Jamestown, Ky., by the Lake Cumberland Powerboat Club on Saturday night that I’ve never experienced. And I’m pretty certain I won’t witness anything like it again. Let me set the scene. 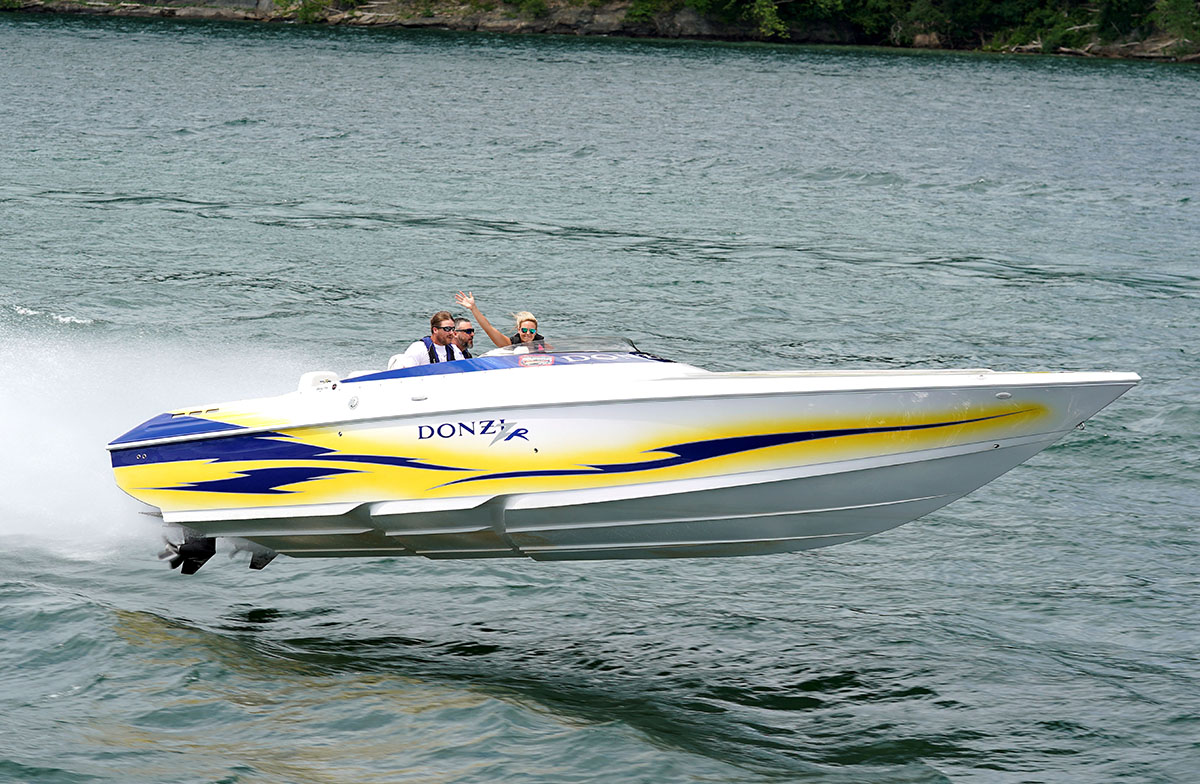 Kansas performance boater Jarus Henning, who owns a Donzi 35ZR, made sure he and his fiancé would never forget this year’s Lake Cumberland Thunder Run in Kentucky. Photo by Kevin Johns/Instant Memories Photography

Through a mutual friend, Steve Grier of Oklahoma, I met two boat owners Steve Beranek of Wichita, Kan., and Jarus Henning also of Kansas. Beranek was joined by Grier in his 32-foot DCB Performance Boats catamaran with twin Mercury Racing 525EFI engines. Henning had his girlfriend, Courtney Holmes, and his buddy, Rhys Page, with him for the poker run in his 35-foot Donzi Marine V-bottom named Knot Complain’n.

On both Friday and Saturday night, Grier, who is good friends with fellow Oklahoman Kevin Johns of Instant Memories Photography, brought Beranek, Henning, Holmes and Page over to hang out with Johns and everyone else staying with Johns in a houseboat at State Dock.

I was one of the people on the houseboat with Johns—the event’s official photographer who also set up a photo booth next to the party barge so participants could take home a souvenir photo. Along with Johns’ two teenage sons, Arizona’s Misty Rich and Jennifer Schmid, and Ohio’s Branden Helton, it was definitely a fun crew, many of which joined their friend, Devin Wozencraft—the Southern California-based owner of Wozencraft Insurance—in his 30-foot Skater Powerboats catamaran for Friday’s fun run and Saturday’s poker run. 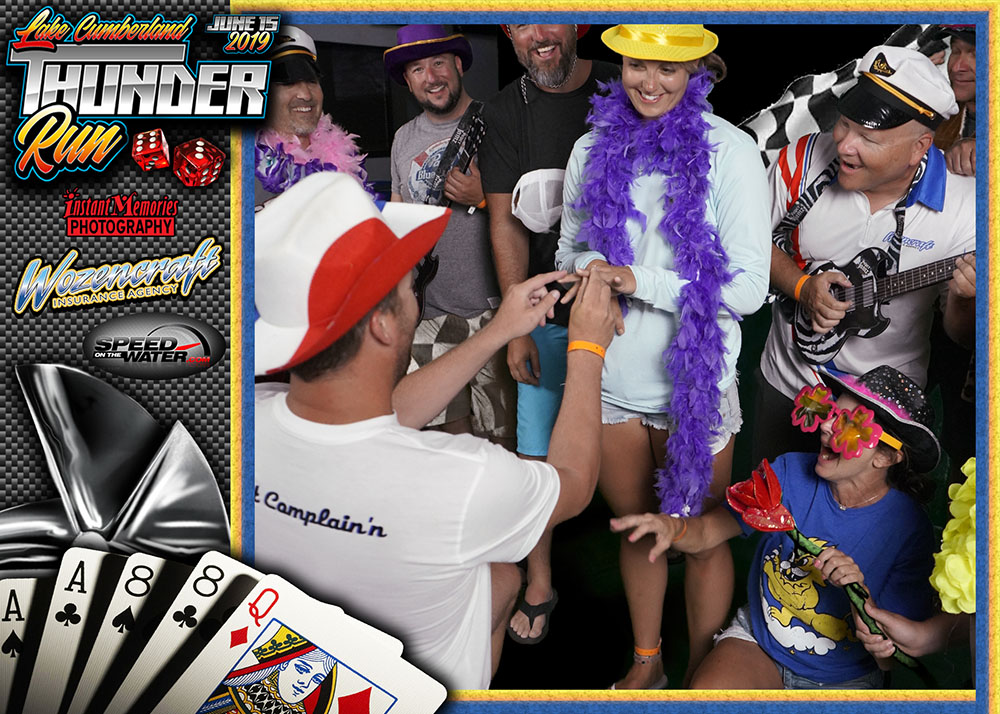 Courtney Holmes said yes when her longtime boyfriend, Jarus Henning, asked her to marry him during the Kentucky event. Needless to say, most everyone in the picture was surprised.

So, after a fun couple of days on the water, everyone gathered back at the houseboat, which was positioned right next to Johns’ photo booth and the stage for the bands, to swap stories about Seventy Six Falls, Harmon Creek and more while enjoying adult beverages. Then, at some point Saturday night—heck it may have even technically been Sunday morning—Page gathered all of us together for a photo booth shot. We’d been watching people pose with fun props and such for the past two nights, yet none of us had taken a picture yet.

Page turned to me and said, “You’re going to want to be a part of this—I think the picture is something you’ll want in your Year In Review magazine.” I didn’t know what he meant by that, but it didn’t take long to figure out as we all threw on outrageous hats, feather boas, silly sunglasses and more, posed for a few pictures, and proceeded to watch Henning stop the photo shoot and get down on one knee.

Wait, what? That was the reaction from most people in the picture that is probably going to hang on a wall in the Henning-Holmes household for many years to come. Even though the couple had been discussing getting married for some time, that picture—and the ones to follow with Henning holding out the engagement ring and Holmes nodding “yes” for an answer—helped officially document the life-changing event. 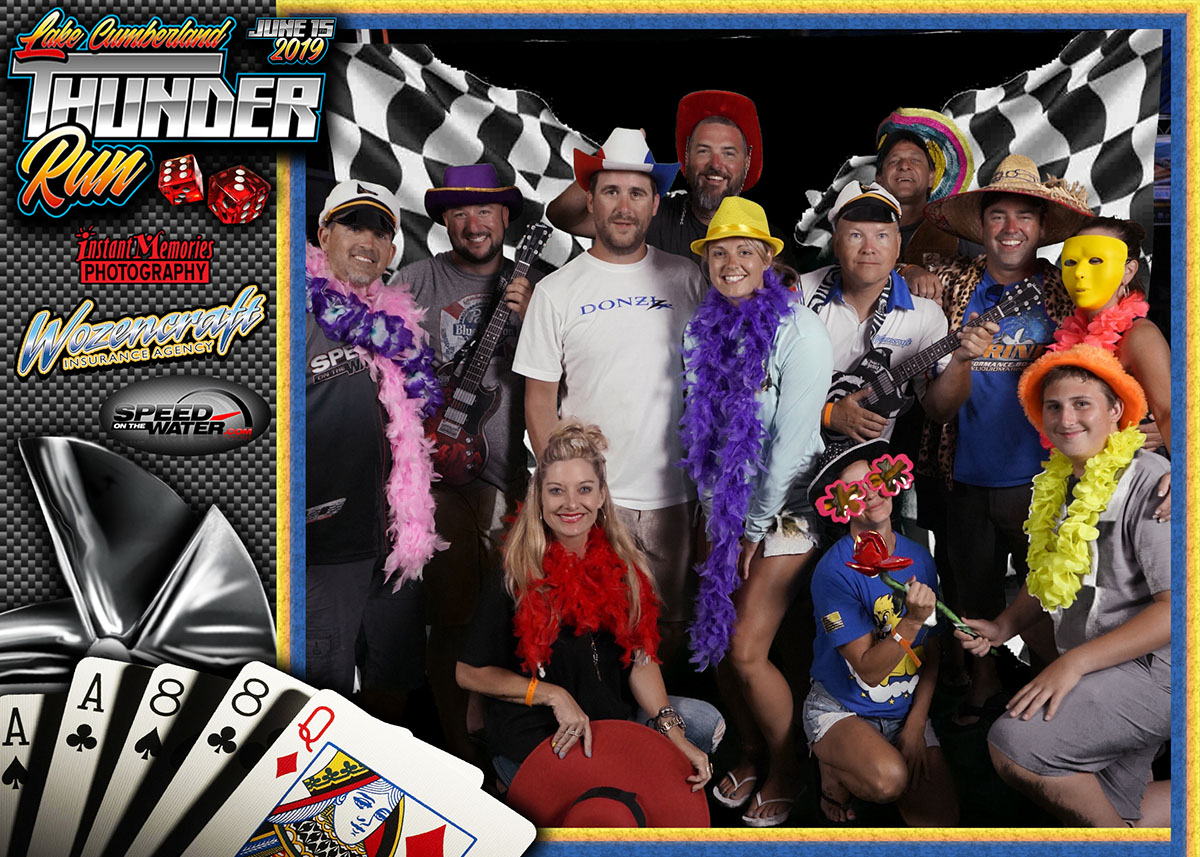 It’s safe to say this new group of friends is never going to forget the 2019 Lake Cumberland Thunder Run.

What makes it extra cool, in my opinion, is that Henning chose to share the occasion not just with his longtime friends but with friends he had just met over the weekend during the Thunder Run. It’s just another example of how this performance boat community leads to friendships that last a lifetime.

Of course Henning and Holmes are never going to forget that night at State Dock—but neither are the rest of us who got to be part of the moving photo-booth proposal. Best of luck to the future bride and groom—I hope to see you both soon.