You are at:Home»Racing»There Goes My Hero

That Shaun Torrente recently led the Abu Dhabi Formula 1 H2O tunnel boat team to victory at the 24 hours of Rouen in France—a grueling endurance event on the River Seine about 90 miles west of Paris—didn’t surprise me. In fact, I’d have been surprised if the 40-year-old Floridian didn’t win. Claiming the Rouen title with his Abu Dhabi teammates was a natural follow-up to earning his first F1 H2O world championship in December 2018, where his fellow Abu Dhabi racers Erik Stark and Thani Al-Qemzi ended the season in second and third place overall.

And all of that was a follow-up to Torrente’s 2018 XCAT World Championship, which he earned alongside Abu Dhabi teammate Faleh Al-Mansoori a month earlier. 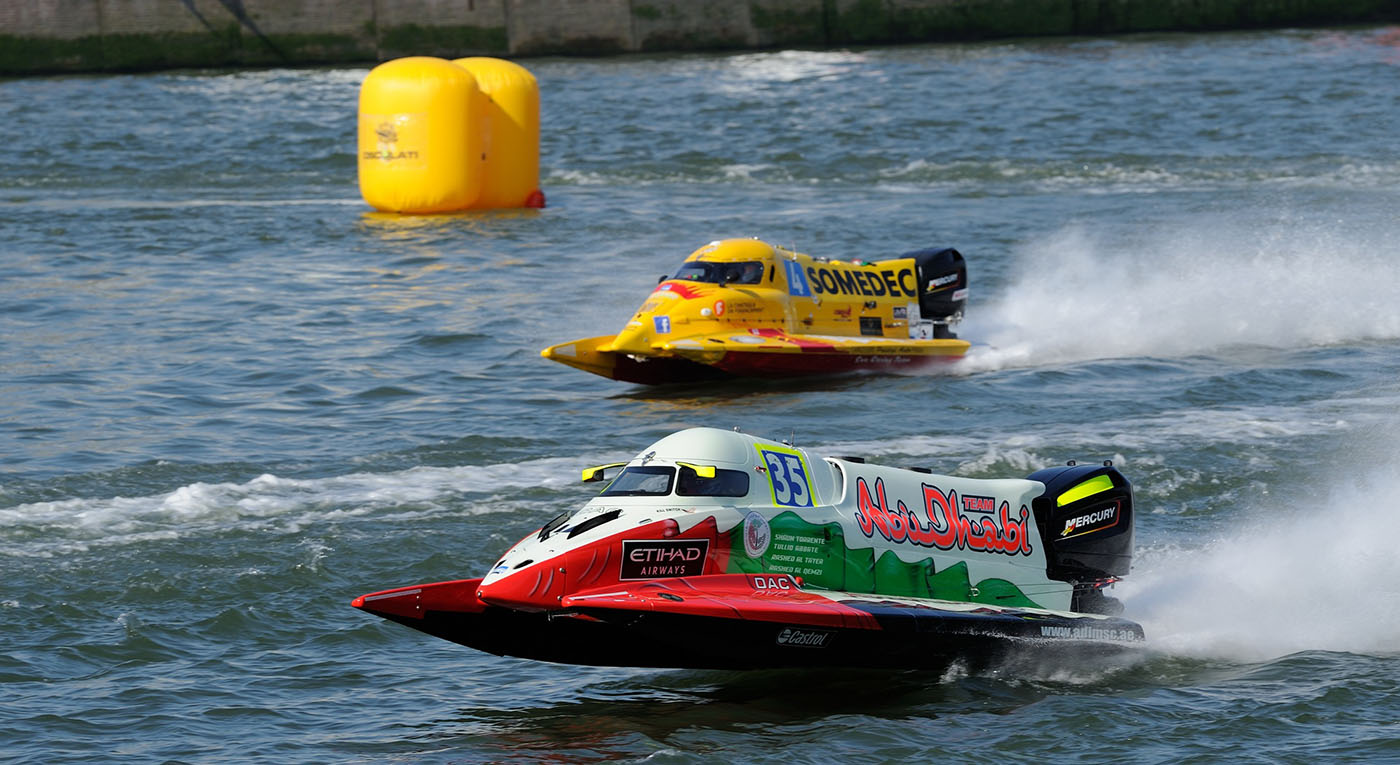 Torrente was an integral part of the two-boat Abu Dhabi team that recently claimed the 24 Hours of Rouen title.

“I just want to thank my fellow drivers and the entire team and management for doing an amazing job,” he said after his Rouen triumph. “Both boats did really well and it’s another championship for Abu Dhabi.”

Typical Torrente. Credit others. Share praise. Build up your teammates—all for the good of the team.

Did I mention that guy has movie-star looks, a stunning and intelligent wife/best friend, Flavia, and a beautiful 14-year-old daughter named Isabella? Or that his parts fabrication company—Shaun Torrente Racing—makes the STR X-Act brackets, the hottest outboard engine mounting system on the market with clients including MTI, DCB Performance Boat and more? Or that he’s a licensed pilot with his own airplane?

You could almost hate the guy—that’s how perfect he is—if he weren’t so damn nice, humble and respectful. Don’t get me wrong, Torrente is confident in his skills and abilities, all of which are the combination of his monk-like work ethic. You don’t get far in tunnel-boat racing without confidence.

But he doesn’t boast. As gracious as he on the podium as he is off it, Torrente is a throwback athlete, the kind who lets his performance on the racecourse speak for him. 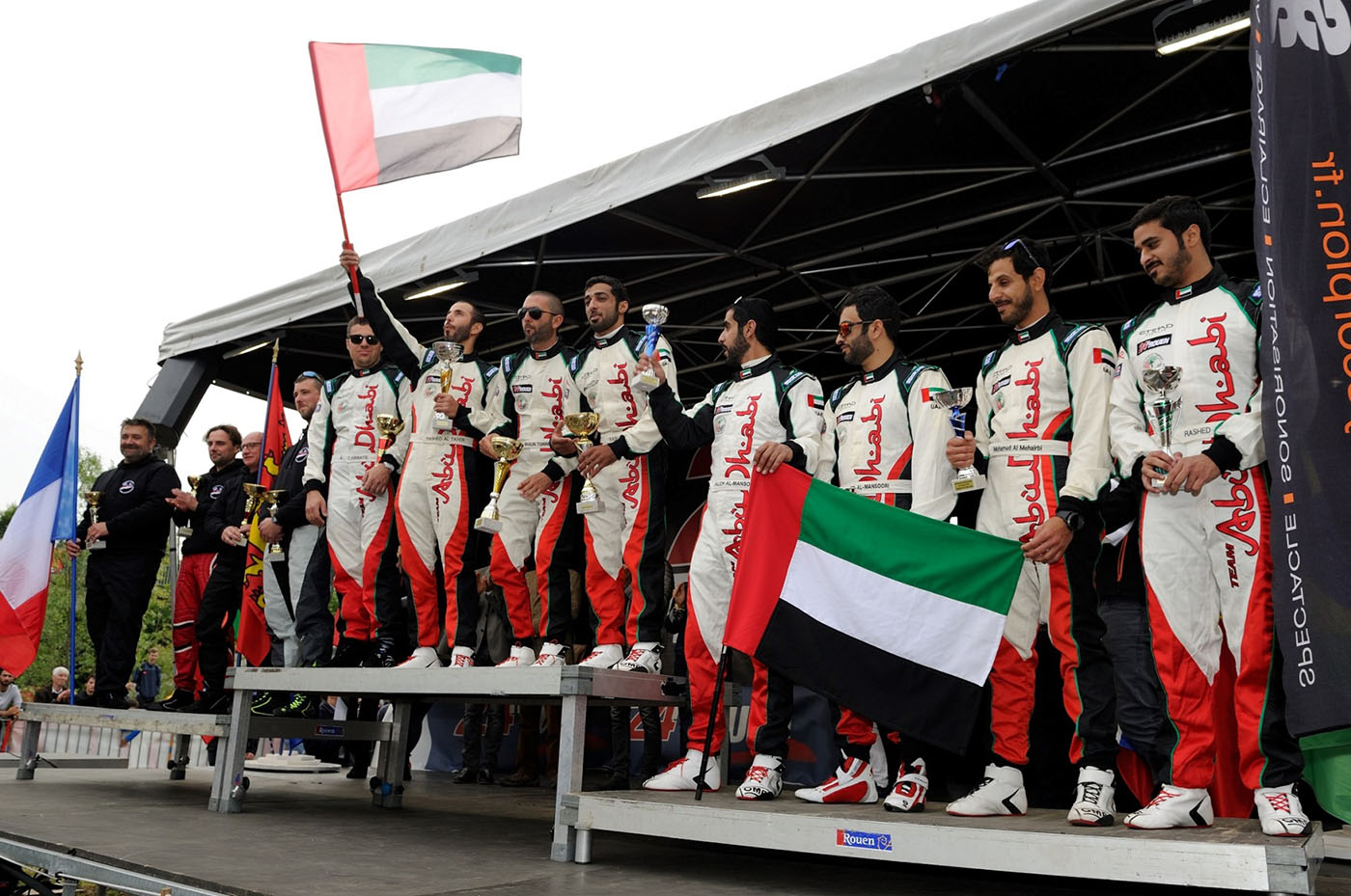 Said Torrente, shown here with his Abu Dhabi teammates after the Rouen event, “I just want to thank my fellow drivers and the entire team and management for doing an amazing job.”

“Now I’m looking to the Formula One in Portugal in two weeks’ time,” he said after the Rouen win. “We’ll be pushing hard as always and aiming to start the season with a win.”

No time to sit back and savor the victory, time to get back to work. In that way, Torrente is a lot like multi-time offshore powerboat racing champion and fellow speedonthewater.com team member John Tomlinson, who though 10-plus years older than Torrente is still at the top of his game. Neither ever stops working.

Like John Tomlinson, Shaun Torrente is one of my heroes. Watch him as he goes this season in the Formula 1 H2O ranks, because he very well could go all the way to the top again.