To say that Del Flores’ smart phone has been “ringing off the hook” for the past few day would be a wildly inaccurate use of a tired cliché. First, smart phones don’t have hooks unless—heaven help you—you’re still clipping yours to your hip. Second, more often than not, they don’t ring. They buzz or vibrate or even play a few musical notes, maybe even part of a song you love, when a voice call is coming in or a text message or email already has.

So for the sake of accuracy, let’s just say that the 46-year-old, New Jersey-based mechanical engineer and performance-boat owner’s smart phone has been active—make that hyperactive—since Dave Patnaude announced on Monday that he is retiring as the president of the New Jersey Powerboat Club and is shutting down the event-producing organization. That leaves Flores’ Spartan Powerboat Club as the only game in town for Garden State go-fast powerboat enthusiasts. 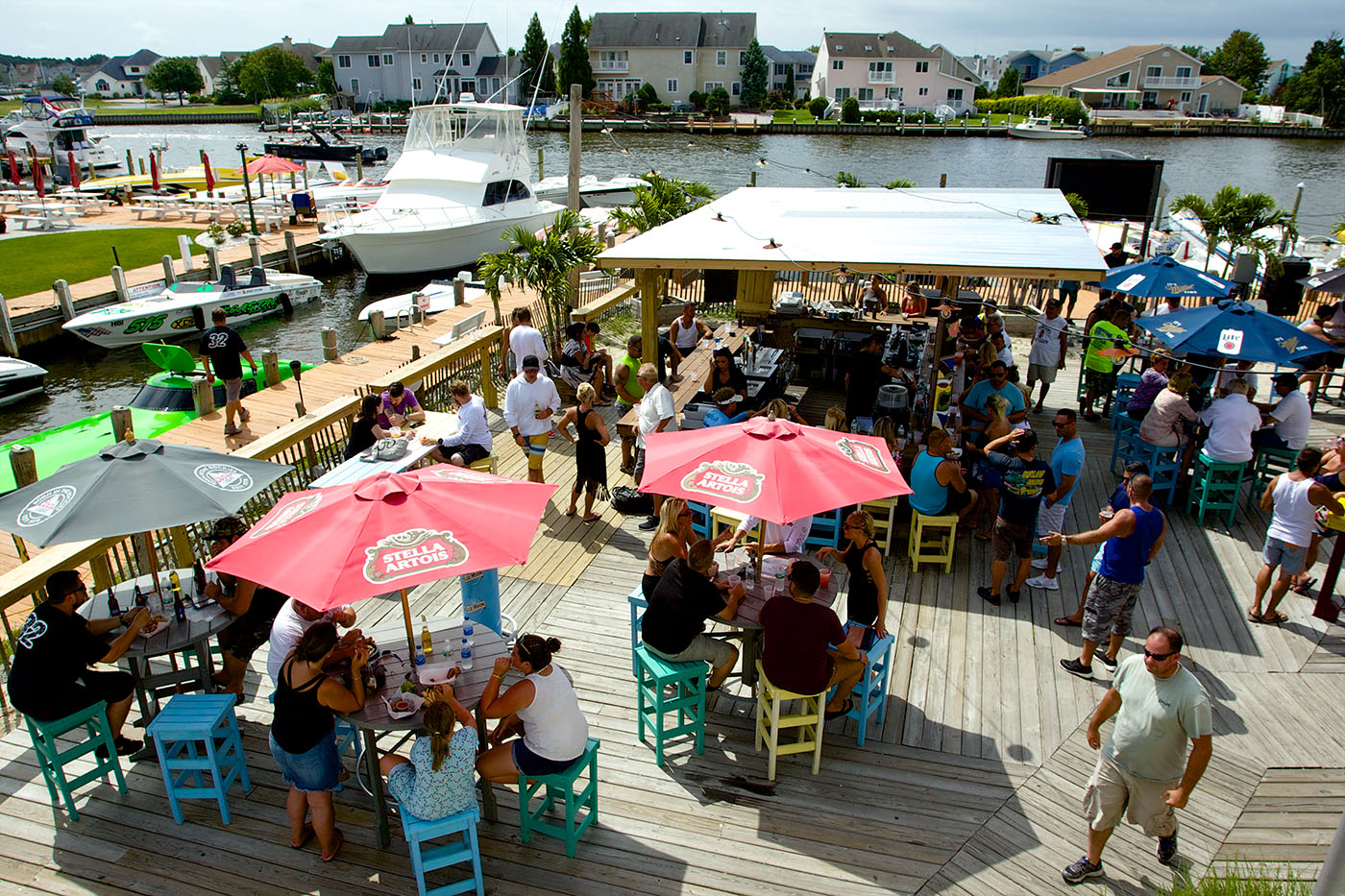 Thanks to a tip from photographer Tim Sharkey, I learned about Flores, who owns a 39-foot Velocity sportboat, last September and wrote about him and his fledgling Spartan Powerboat Club in a column called “Instant Go-Fast Boat Club—Just Add Enthusiasm And Effort.” Later that month, Flores organized the club’s first run and it attracted a solid 35 boats.

At the time, Flores had no idea Patnaude was going to retire and scuttle the club he helped found 21 years ago. Flores only knew that by default he was the organizer for all of the on-water outings he did each summer with his friends, and that as a former producer of motorcycle stunt shows he was good at it. Heck, even liked it. Based on the success of his inaugural event, he planned to continue with three fun runs this year.

Now, with the release of the Spartan Powerboat Club 2019 schedule, that’s official. The schedule begins with a fun run on Friday, May 24, out of Barnegat Bay Marina in Brick, followed by a weekend jaunt to Atlantic on Friday, July 19 departing out of the Marine Unlimited facility in Toms River and finishing up with another fun run, also out Barnegat Bay Marina, on Friday, Aug. 30.

Heading to the Golden Nugget Resort and Casino, the Atlantic City trek will be the club’s only overnight event of the season. The other two are day-trips that include lunch stops and poker-hand card drawings. Only the Atlantic City happening will require pre-registration.

A charismatic promoter to his core, Flores is eager to develop his events. In a move toward branding, he’s already begun the process of getting his boat, car and truck wrapped in Spartan Powerboat Club graphics. To accommodate participants who own boats of various hues in future events, he’s having decals for the club made in multiple color configurations.

“You have to give people something for their money if they’re paying you—it can’t just all go to the winners of the poker hands,” he said. “I came from the motorsports promotion world so I know how much people appreciate simple things like shirts and hats.

“So I also plan to give awards for best paint, best engine compartment and so on,” he continue. “I plan to have bikini contests, and I have to tip my hat to Stu Jones of the Florida Powerboat Club for those at his events,” he continued. “I want to give people a good format and something different every time, maybe involve local car clubs and have a car show at each event. I want each event have its own boat show.

“If you don’t change things up, they can become monotonous,” he added.

In all three events, according to Flores, safety will be the top priority.

“I’m a nice guy—until I’m not,” he said, then laughed. “If someone jumps a paceboat, I’ll have no problem black-balling him. We won’t tolerate anything like that. With me, if you mess with the bull, you get the horns. That’s just the neighborhood I come from.” 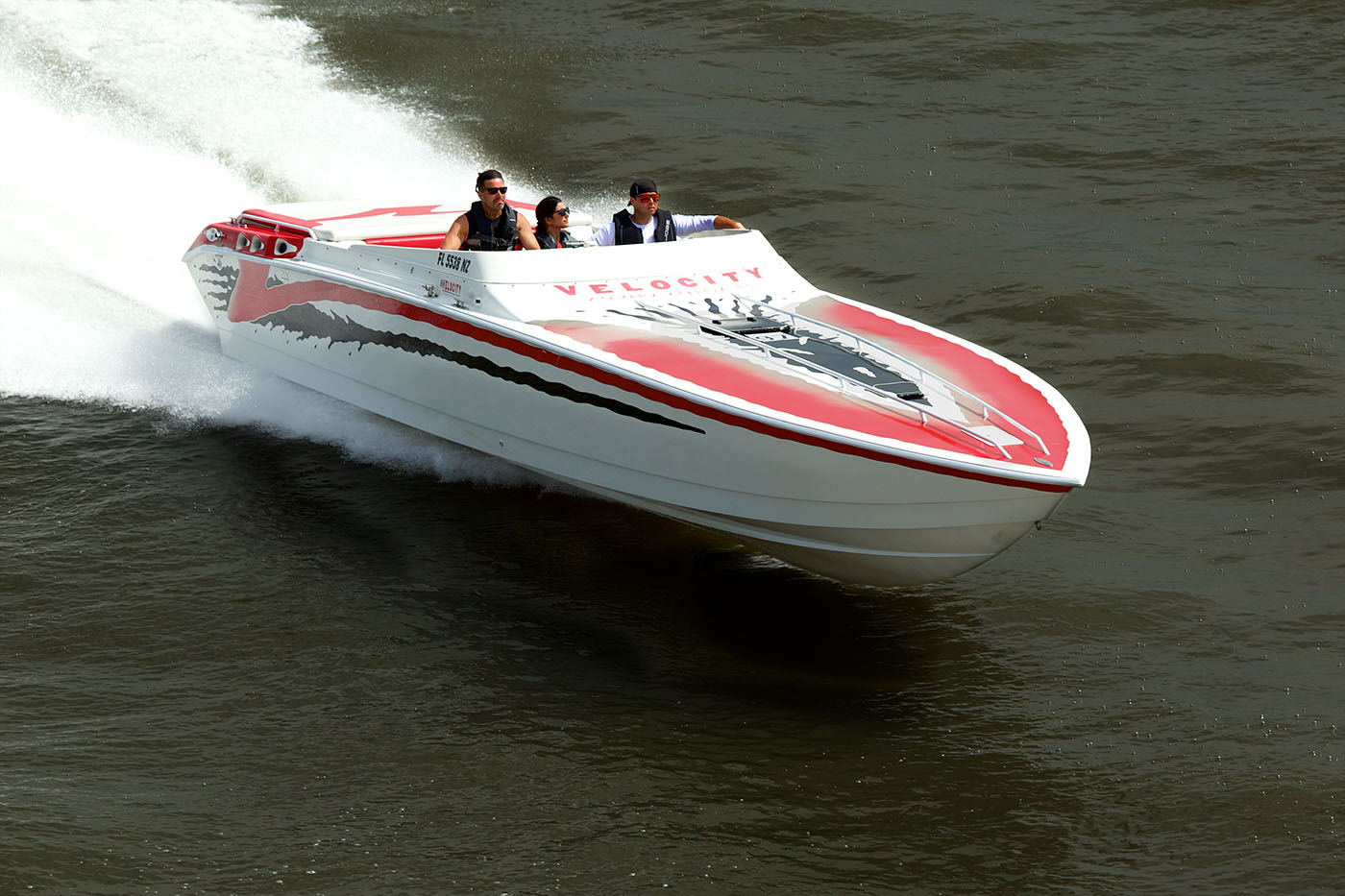 Flores is in the process of having his Velocity 390 V-bottom wrapped in Spartan Powerboat Club graphics.

As a former NJPBC member, Flores said he has nothing but respect for Patnaude and what he accomplished with his club. To that end, he emphasized that he’s not trying to poach participants from other events in the Northeast this season such as the third annual 1,000 Islands Charity Poker Run in upstate New York or the Rock The Bay Poker Run in Maryland.

“We are going to have three great runs in 2019,” he said. “But after that, who knows? I am doing three runs this year because I know I can fill three. Next year, there might be two. As I’ve said before, I don’t want to hurt any other event or event organizers.

“I just want to produce a few fun runs where people are comfortable, have a good time and feel they got something for their money,” he added. “If you’re going to charge people, you have to give them something.”