You are at:Home»Engines»Inside Mercury Racing’s 450R Outboard: An Exercise In Packaging

As David Foulkes, the chief executive officer of Brunswick Corporation, said during an interview for Tuesday evening’s speedonthewater.com story about Mercury Racing’s new 450R outboard engine, a supercharged version of the 4.6-liter V-8 300R outboard introduced last May by Mercury Marine was inevitable. But as anyone with even the most passing understanding of engine design and building can tell you, that’s easier said than done. Engines component don’t just need to “fit” within their given design and performance envelopes, they need to fit within their inherently limited physical confines.

Such was the case for the 450R, which despite its supercharger and intercooler had to be the same size—meaning fit on 26-inch centers and not add height—as Mercury Racing’s naturally aspirated 300R outboard. 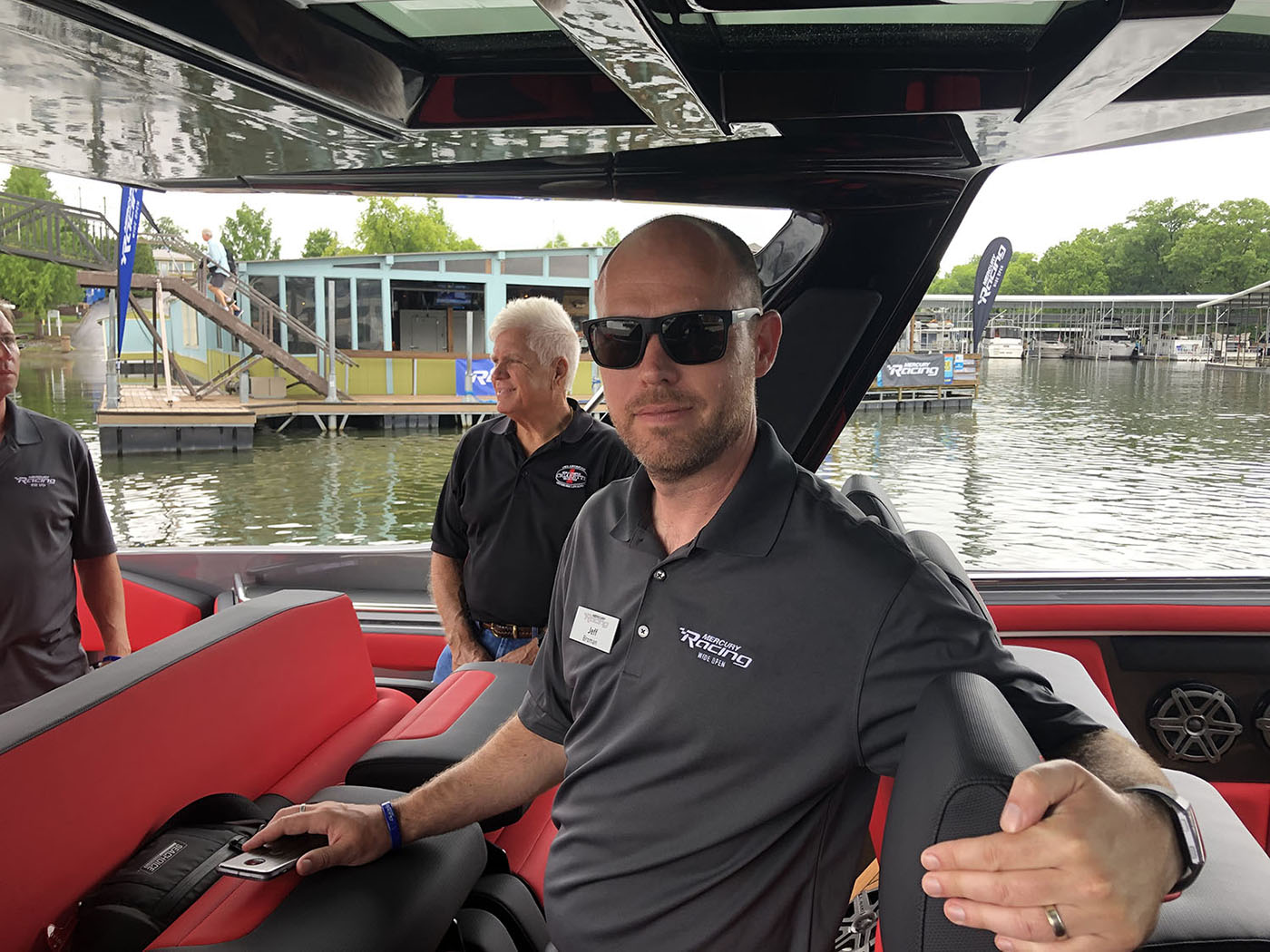 And that’s where the fun started for Jeff Broman, the director of engineering for the high-performance marine engine company in Fond du Lac, Wis., and his talented crew.

For Broman, who began his career with Mercury Marine 18 years ago, it was a long process that actually began six years ago.

“That was when we started conceptualizing our new V-8 and V-6 outboard engine program,” said Broman, who served as the technical director on that project. “We knew that it would be a great foundation for another outboard more powerful that the 400R. So three years ago we integrated the coming 450R into that platform approach.

“But our biggest hurdle was packaging,” he continued. “We had to remove the intake manifold and runners and the replace with a supercharger and an intercooler.”

A perfect, complete supercharger and intercooler package for 450R design envelope didn’t exist so the engineers at Mercury Racing had to create one. They  found the rotors they needed at IHI Turbo America. From there, they designed a housing-and-component housing and tasked the Shelbyville, Ill., company with creating a custom supercharger package with a Mercury Racing-specified intercooler that met their cooling-performance needs.

“There were some really strict packaging details in there,” said Broman. “And we did some really creative things to manage air flow around the supercharger.”

Beyond that, Broman declined to elaborate on the specific of the complete Mercury Racing-designed supercharger package.

“Our next biggest challenge was getting the mid-section dialed in,” said Broman. “We had to create the 450R’s new rear tie-bar mounting system and add the guide plates for better handling. The original mid-section was designed for 300 horsepower and we were going up to 450 horsepower. So we had to add structure to the driveshaft and housing.”

With the exception of long-block build-outs on Mercury Marine’s new V-8 and V-6 outboard production line in Plant 15, all assembly of the 450R is handled at Mercury Racing. That, too, was something of an exercise in package as the cozy facility isn’t exactly overloaded with open space.

“Once each 450R comes off our own line, we hot-test it and box it for shipping,” said Broman. “It’s a very manual process handled by a really small group of skilled technicians.”