You are at:Home»Uncategorized»Real-Life Super Hero

We’ve all met someone like Lieutenant Michael J. Salber, the guy who is in peak physical condition, excels at every athletic endeavor he attempts, considers rescuing people his hobby and seems downright invincible—a real-life super hero, as his girlfriend Melanie Haire described him over the phone this morning.

Unfortunately for those closest to Salber, he wasn’t invincible like many of his friends, family members and fire department brethren imagined. Last Saturday, Salber died in an unfortunate accident when two P1 SuperStock USA raceboats crashed during the Jacksonville Grand Prix of the Sea on the St. Johns River (read the story).

Salber, a 56-year-old Lieutenant in the Sanford Fire Department in Central Florida, was racing alongside his son, Zane, who escaped the accident without serious injury, when the Rapid Building Solutions V-bottom he was driving collided with the Frank and Al’s Pizza boat and flipped.

“I thought if anyone would survive a boat accident, it would be Michael,” Haire said. “He was the safety diver, the person who rescues others and he was phenomenal at his job. He never took on something is he wasn’t sure of himself. I know the rescue team did everything they in its power to save him.” 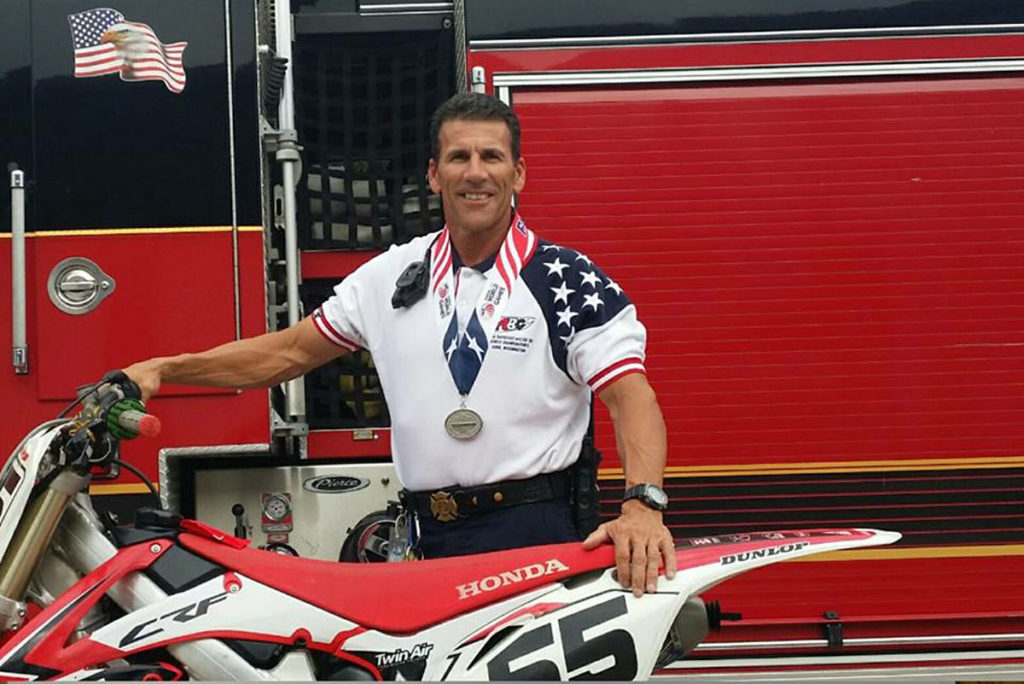 Salber excelled in a variety of activities, including motocross, a sport that he competed in at the Police and Fire World Games. Photo courtesy Shawn Steinert

“I’ve known Mike for close to 10 years now, and I knew who he was before we met because he had an excellent reputation in the fire service world in and around Orlando,” said Shawn Steinert, who called Salber an amazing, involved father to his four kids—sons, Zane, Morgan and Cade, and daughter, Jena. “I considered Mike a friend and would trust him with my life. We worked together on several race crews, including P1 and SBI (Super Boat International) and joined up with another company, Coast to Coast Safety Solutions. The guy rode motorcycles, flew planes and raced boats. He could do anything. 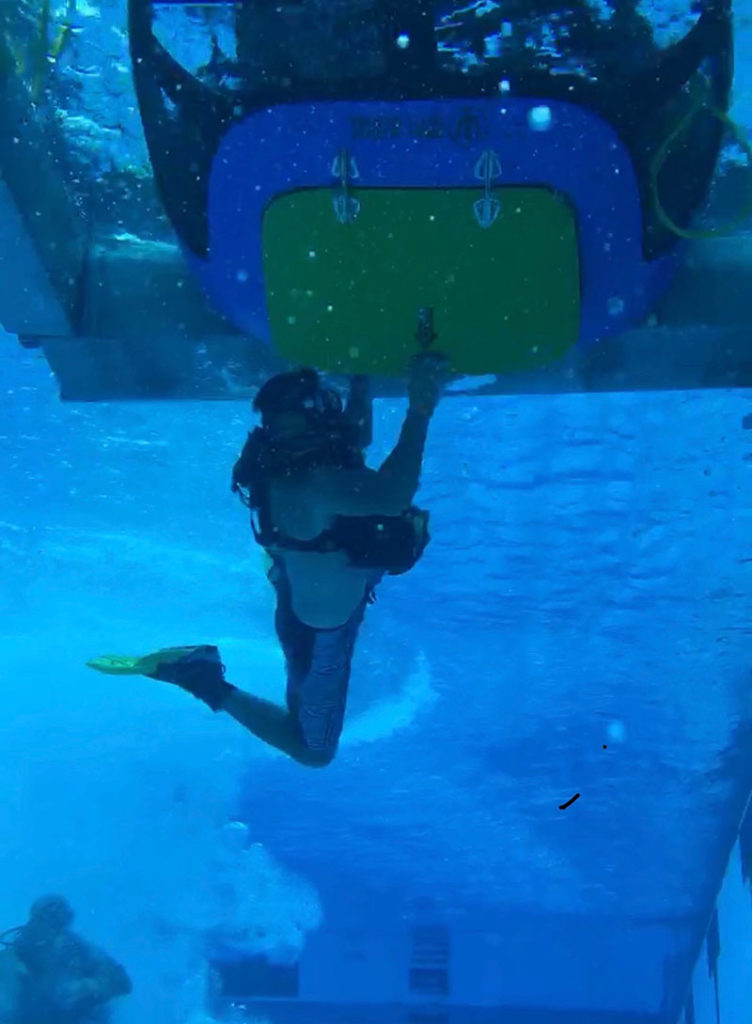 Salber participated in a boat rescue training session prior to the 2016 P1 and offshore races in Sarasota, Fla. Photo courtesy Shawn Steinert

“He also was super mechanically inclined,” he continued. “Mike would bring his truck to the races and it was full of tools. He always had the tools or the ingenuity to get stuff taken care of when we needed it.”

Memorial services for Salber have been set for this week. Viewing is at Baldwin Fairchild Funeral Home (428 E. Plant St., Winter Garden, Fla.) on Friday, June 8 from 5 to 8 p.m. The service will be Saturday, June 9 at 10 a.m. at Real Life Church (1501 Steve’s Rd., Clermont, Fla.). Graveside service immediately follows at Winter Garden Cemetery (13636 Lake Butler Blvd., Winter Garden). Reception will follow at the Salber Family Homestead in Clermont. Contributions in memory of Salber for his children can be made at any Central Florida Educator’s Credit Union Branch or the Salber family’s GoFundMe page.

“I knew what kind of man Mike was and it makes me and his kids feel better to know how many people were impacted by him,” Haire said. “There was just something about him that makes everyone want to be a better person. He’s driven, competitive and compassionate. He was a real-life flesh-and-blood super hero. I couldn’t thank God enough for bringing him to me even if he was taken too soon.”

As it was written in his obituary, which you can read here, Salber’s reach spread around the world and now it expands to heaven. “Mike didn’t just dream it, he did it!”

Rest in peace Lieutenant Salber; you truly are a real-life super hero.