You are at:Home»Awesome»BoaterChicks Makes Strong Intro 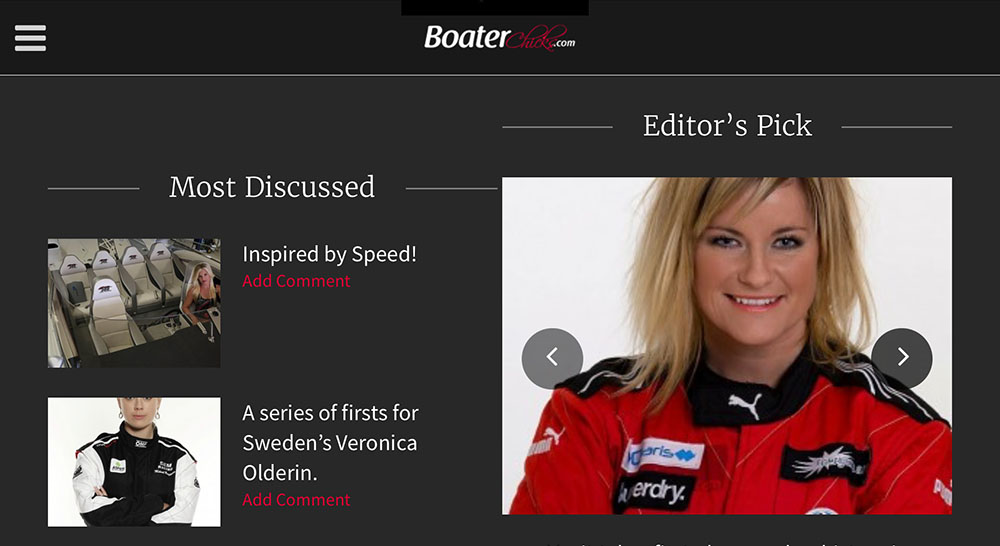 The new BoaterChicks.com website was created as a community for female boaters of all types to share common interests.

In showcasing their commitment to their new website created for female boaters of all types to share common interests and promote women who are taking risks, breaking records and establishing their mark in the boating industry, BoaterChicks.com founders Allison and Keith Barco are excited to be a part of history by bringing two female team members from Europe to the United States to compete in the P1 SuperStock USA race in Jacksonville, Fla., this weekend.

Thanks to BoaterChicks.com, Sweden’s Veronica Olderin of the all-girl Veronica Olderin Racing team will be joining forces with Daisy Coleman of the Pertemps Powerboat Racing team to run the Central Florida Crimeline boat in the third round of the P1 SuperStock USA Championship on Saturday, June 4.

Coleman, who is from Saundersfoot, Wales, started racing powerboats in 2012 and has already collected several P1 SuperStock UK podium finishes, including an overall runner-up finish last year alongside John Wilson, and even claimed a checkered flag in Florida before. Last year, Olderin became the first female driver to compete in the XCAT World Series and she and her teammates also won the 2015 Offshore Class 3B world championship in her Twister Marine raceboat.

“I’m so excited to be coming to Jacksonville for my first P1 race and my first race in the United States,” Olderin said. “It will be a new class and a new boat for me. Fortunately my co-pilot, Daisy, has experience in the class. It’s going to be amazing to fly over to the U.S. to compete with all of the other teams. And it is all thanks to Allison Barco and BoaterChicks. We will not be there just for fun, we’re going with the goal to stand on the podium.”

For the Barcos—die-hard boaters from Jacksonville who are hosting Olderin all week and allowing her to drive one of their three 23-foot Argo Cats in the following weekend’s Jacksonville River Rally Fun Run—the excitement is almost too much to handle. 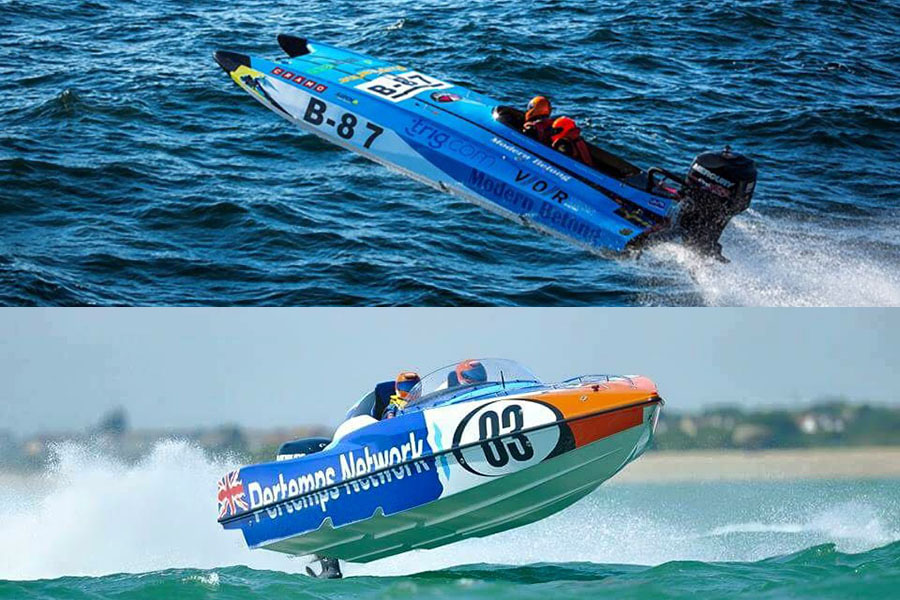 Sweden’s Veronica Olderin, who won the 2015 Offshore Class 3B world championship in her Twister Marine raceboat (top), is teaming up with Wales’ Daisy Coleman, who co-piloted the Pertemps boats to the overall runner-up position in the 2015 P1 SuperStock UK championship, to race in Jacksonville on Saturday.

“Keith and I are looking forward to having Veronica and Daisy join us,” Allison said. “As you can see by the commitment we have made, we truly care. We especially want to help women find sponsors so they can keep racing and breaking records. I believe if more women knew about the achievements our featured ‘BoaterChicks’ have accomplished, they would be more interested in boating and boating events.” 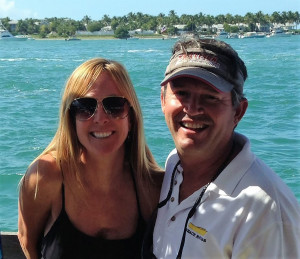 Keith and Allison Barco are the boating enthusiasts behind BoaterChicks.com.

While there are many sites available for boaters, Allison said BoaterChicks.com focuses on connecting women boaters and creating a lifestyle brand, no matter what kind of boat. It just so happens that racing is close to their hearts as Keith’s offshore racing background spans back to the 1980s. Keith currently participates in the Classic Raceboat Association vintage racing events, and he and Allison even raced in the P1 series a couple of years ago.

The couple boats primarily for pleasure nowadays—they have more than a dozen boats including the trio of Argo Cats, some sport-fishing center consoles, a 32-foot Skater catamaran, a vintage twin-engine Allison raceboat and more—so they engage with boaters of all types on a regular basis.

“Our site will serve as a place that connects viewers with businesses, services and products that meet the needs of women and their boating lifestyle,” said Allison, who has been working diligently since the soft launch of the BoaterChicks.com site a couple of months ago to populate it with stories and useful products she’s discovered over the years. “As we grow, we hope to amass a broad collection of all things boating with direct links to a product or service we recommend. For example, we’ve already been successful at connecting viewers to a company that makes top-notch boat flags. When you go to our site and click on Products, you’ll see a picture and a description of different items. Finally, we hope to align with other boating sites and photographers to feature engaging stories, photos and videos that serve the interests of all boating enthusiasts.”

According to Allison, social media has made it fairly easy for her to connect with women around the world who share her passion for boating. Visualizing a bright future for the BoaterChicks community, Allison was sure to thank Blake and Brock Gratton, the twin brothers behind Xplode Marketing, for their effort in getting the BoaterChicks.com site up and running.

“Their goal is to build creative websites that are ranked high in the search engines,” she said. “They exceeded my expectations with their exceptional work, timeliness and ability to design a site that accomplished my goals.”