In typical Florida Powerboat Club fashion, the club has poured a ton of energy into next week’s Emerald Coast Powerboat Poker Run (Aug. 15-19). With more at stake this year since FPC is producing its own poker run following a split with the Emerald Coast Foundation (read the story), club president Stu Jones is looking to wow his members this time around. 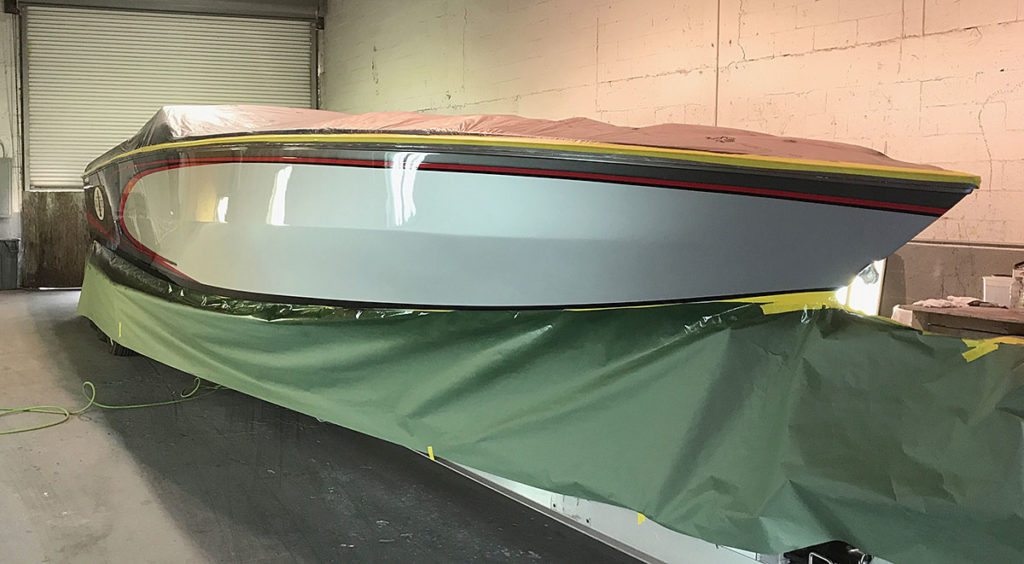 Jones is proud to announce that the FPC/Mercury Racing “Project 1080” Cigarette Racing Team 38-foot V-bottom powered by twin Mercury Racing 540 engines is going to be the lead boat for Wednesday’s parade. It won’t be in the water, however, as the engines are going to be installed after the event. Jones said he expects to test run the boat some time in September.

In the meantime, Jones’ focus is on next week’s event, which currently has more than 80 pre-registered boats. He said he’s seen a wave of new sponsors and has four entirely new charities involved, including an animal rescue farm, a children’s food drive that delivers 3,000 meals per week, a home for families to visit their hospitalized military family members on Eglin Air Force Base, and a foundation that helps families of civil servants and first responders who have been injured in the line of duty.

“We are in a good place with this new event format, which features a lot of the things boaters ‘like’ about the Emerald Coast, but with more focus on a VIP format,” Jones said. “Strong sponsor support has resulted in a sexy yellow 2018 Camaro Coupe from Off Lease Only as the grand prize for the final table winner along with a brand new Harley Davidson 750 Street as first prize for the top poker hand courtesy of Emerald Coast Harley Davidson.

“Some new and creative sponsor formats include the Emerald and Diamond sponsor program that attracted some very reputable companies such as Performance Boat Center, Phantom Performance Boats and Emerald Coast TDC along with our regular manufacturing sponsors such as Blackwater & Deep Impact Boats, Midnight Express and Nor-Tech Hi-Performance Boats,” he continued. “FPC also welcomes DCB Performance Boats, which will be represented by Alabama’s Steve and Kelly Marino in their new, appropriately trimmed in green, M35 Widebody catamaran, along with local builder Glasstream Powerboats, which is known for its extensive line of value-priced center console boats featuring Mercury Verado power.”

Jones said because many of the club members expressed that they wouldn’t return unless “he fixed the problems,” that he decided to stick his nose down and take a more personalized approach, calling out to FPC members in a one-on-one campaign to discuss the event, answer any questions and simply ask them to come back and give FPC a chance to “make it right.”

With the following schedule of events on tap and a slight chip on his shoulder, Jones is definitely taking the club’s chance to make things right seriously. If you’re interested in attending, sign up today and check out what the club has in store next week.