You are at:Home»Awesome»The Key West Bash Is On 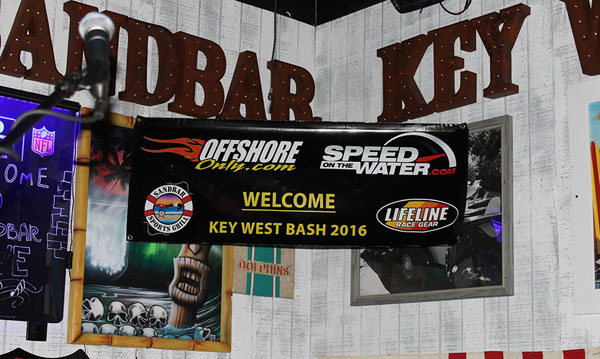 Six weeks from tomorrow, OffshoreOnly.com moderator Greg Harris, his girlfriend Yvonne Aleman, my partner at Speedonthewater.com Matt Trulio and I are going to be scrambling around Key West, Fla. as we prepare to host several hundred of our closest performance-boating friends during the OSO/SOTW 2017 Key West Bash at the Sandbar Sports Grill on Greene Street from 7 p.m. to 10 p.m.

The expectations are high following last year’s successful gathering, which raised $3,500 for Samuel’s House, a local non-profit organization that provides housing and supportive services to the homeless in their time of need, while helping them to become self-sufficient, and we have several ideas to take the party—as well as the fundraising effort—to the next level.

The food, provided by the Sandbar thanks to the generosity of the team at Teague Custom Marine, is going to be vastly improved. Your first drink is on us (again) but bring money to buy raffle tickets because we already have several amazing items lined up for this year’s expanded raffle. We’re also gathering some cool auction items, including a new Pro Marine RC boat that our friend Chris Mills with Boat Customs is going to custom paint for the winner. 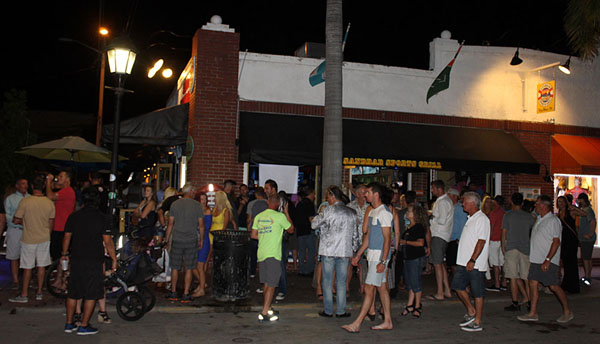 Last year, the crowd for the OSO/SOTW 2016 Key West Bash impressed the management team at the Sandbar Sports Grill.

To add to this year’s fundraising efforts, some really cool commemorative T-shirts provided by SOTW and Sterling Performance Engines are going to be sold with all of the money going to Samuel’s House. As you can see, there’s already plenty of work going into the party that’s still a month and a half away.

And as you might guess, there’s still plenty to do. I can’t tell you how many group messages have gone back and forth between the four of us over the past month, and it’s only going to become more frequent as we line up more donations and raffle items from various partners around the industry. 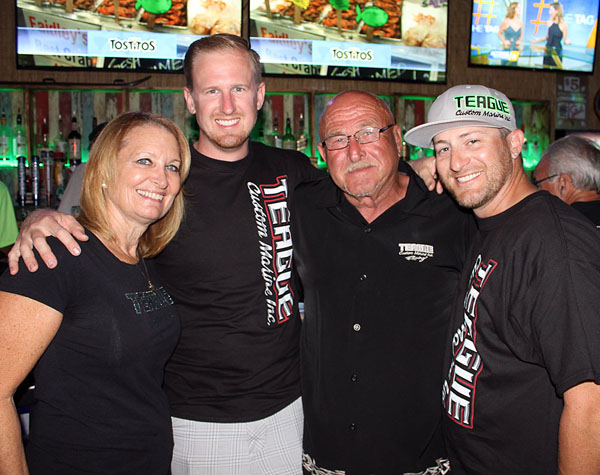 The supportive team at Teague Custom Marine, which helped sponsor the OSO/SOTW 2016 Key West Bash, offered to lend a hand again this year.

The Key West gathering, which started five years ago when Trulio and I invited a small group of SOTW friends to BurgerFi to show our appreciation for their support, has taken on a life of its own thanks to the additional effort of Harris, Aleman and our friends at OSO.

Of course, we’re thrilled that the event is even happening considering there was some concern that the Super Boat International Key West Offshore World Championships or the Florida Powerboat Club Key West Poker Run might not even happen following the destruction caused by Hurricane Irma.

That’s exactly why we’re putting so much effort into this party. It’s not just about hanging out with friends in one of the most fun places on earth—Key West—it’s about giving back to a community that could really use the assistance right about now.

We hope to see you there.