You are at:Home»Awesome»Y’All Ready for Texas?

It seems hard to believe that the Texas Outlaw Challenge is 11 years old. It doesn’t feel like it’s been a year since Paul Robinson and company were hosting the 10th anniversary bash and now, some 350 days later, the event is kicking off a week from today with its early arrival pre-party at Sam’s Boat at Endeavour Marina.

In anticipation of one of the biggest and most popular poker runs in the country thanks to its street festivals, pool parties, top-speed contests and more, I spoke to Robinson yesterday and he shared some interesting news that reaches further than this year’s Texas Outlaw Challenge and far beyond the Lone Star State. 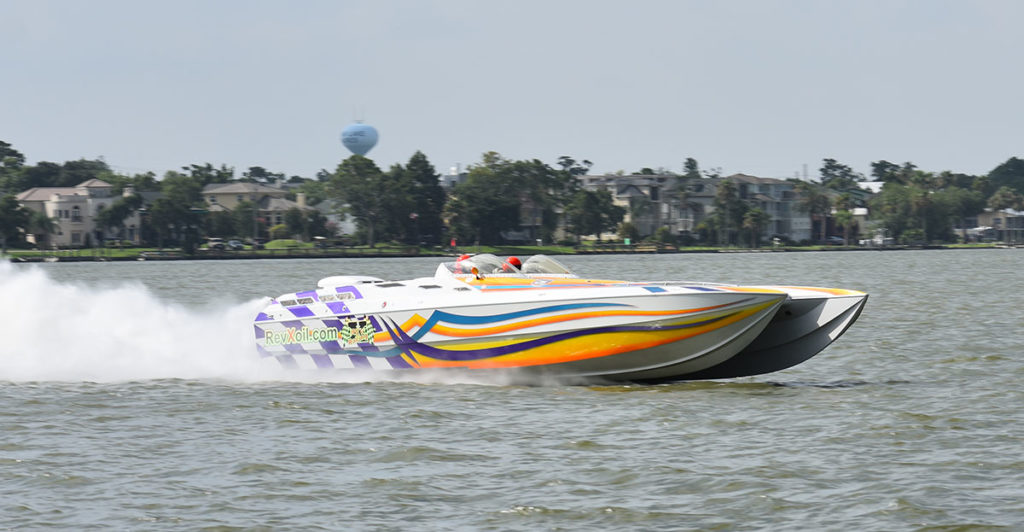 “We’re going to have a special unveiling of a new offshore race team at the Stampede Street Party on Thursday night in Kemah,” said Robinson, adding that the new Superboat Unlimited-class team is sponsored by the Swedish-based Huski Chocolate and is going to be based out of the Houston area. “There’s going to be a lot of excitement behind the race team, which Bruce Bullock of Bullock Marine, a longtime supporter of the Texas Outlaw Challenge, is going to manage. I can’t say much more right now, but we’ve got some big plans in store for the future.”

Robinson did say that he’s excited to have Huski Chocolate join several of the event’s top-level sponsors, including DH Tech, Evergreen Industrial Services, Legend Marine Group and Seabrook. He’s also energized about the team at DCB Performance Boats getting more involved in the run and the addition of a racing series as the International Outboard Grand Prix Formula 1 ChampBoat teams are going to join the fun and provide another thing for spectators to enjoy.

“The Texas Outlaw Challenge is proud to bring racing back to Clear Lake after 25 years,” said Robinson, who also promised more racing news to come for 2019. “The Formula 1 drivers are talented and the outboard-powered canopied tunnel boats are so exciting to watch. We’re ecstatic to have the IOGP as part of the event. The teams are going to be qualifying on Friday in between the Outlaw National Shoot-Out Championship and the finals are taking place on Sunday from 9 a.m. to 1 p.m. Along with the spectator opportunities (premium viewing tickets are for sale online), another positive about the racing, is that it reconfirms the importance of our safety program.”

Speaking of the top-speed shootout, Robinson expects a substantial crowd on Friday to watch some of the fastest boats from around the country compete on the three-quarter-mile course. He doesn’t have an odds-on favorite for the event—that’s usually been the case since the shootout portion was added to the event six years ago. Arizona’s Vern Gilbert won last year’s event in his 1991 40-foot Skater Powerboats catamaran, and he’s expected to return to defend the title against some stiff competition.

One boat that could challenge Gilbert’s Predator Skater, is David Spear’s 40-foot canopied MTI catamaran powered by twin Mercury Racing 1350 engines. Like last year, Spear and throttleman Billy Moore are going to be in town to show off the boat in the street party, the top-speed event and the poker run.

Of course it wouldn’t be the Texas Outlaw Challenge without Friday’s No. 1 card stop and pool party at Kenny Armstrong’s house in Dickinson. Armstrong, who owns DH Tech, continually raises the bar at his party, and, according to Robinson, the owner of the Phantom 48 MTI has something new in store this year. 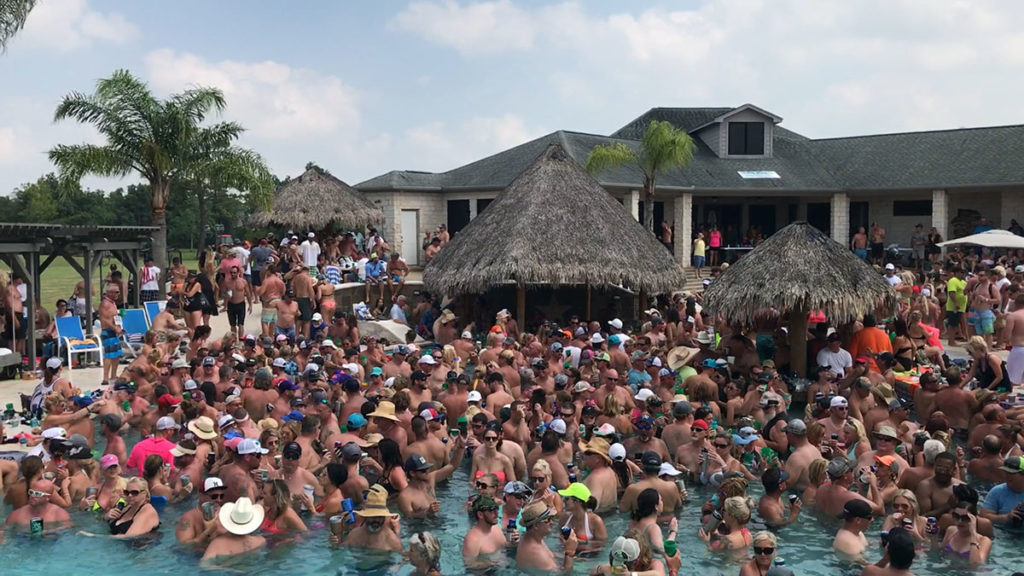 The party at Kenny Armstrong’s house in Dickinson is sure to be a highlight of the 11th annual event. Photo by Ryan Johnson

It sounds like everyone is ready. Look out Houston—the outlaws are coming to town next week. And with the recovery efforts from Hurricane Harvey still fresh on everyone’s minds, Robinson expects generosity to be at the forefront of the event.