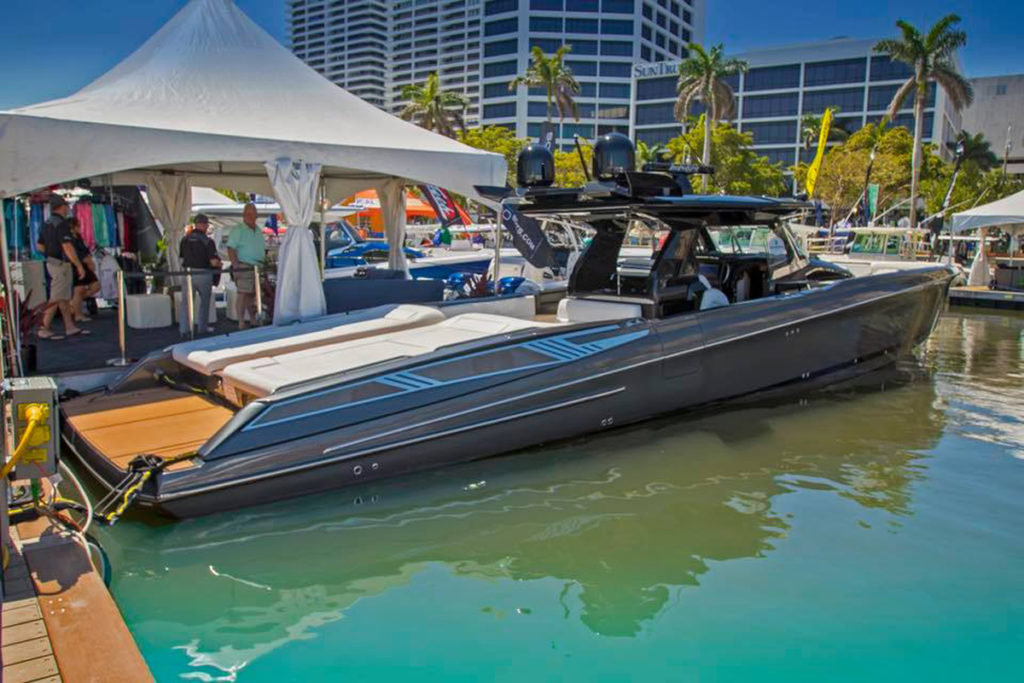 In late 2017, I wrote a commentary called, “Is Fort Lauderdale The New Miami?”. That column was inspired by positive reports from high-performance powerboat builders who had exhibited at the Fort Lauderdale International Boat Show—an event traditionally focused on yachts, sportfishers and cruisers—in November. Exhibitors such as Brett Manire of Performance Boat Center, a Cigarette Racing Team, Sunsation Powerboats and Wright Performance Powerboats dealer (based in Osage Beach, Mo.), were delighted with the event and the serious-minded buyers it attracted.

Turns out that by most accounts from go-fast powerboat builders, last month’s Palm Beach International Boat Show—another primarily big-vessel showcase—provided much of the same compelling experience and audience. In fact, their sentiments pretty well mirrored those that came out of the Fort Lauderdale event.

“Palm Beach was a very different vibe from the Miami show,” said John Cosker of Mystic Powerboats in Deland, Fla., who also exhibited in Fort Lauderdale. “There was much less traffic, but more qualified buyers.”

“As a manufacturer, we will be putting more effort into the Palm Beach show next year,” he said. “From what I heard, the reaction from prospective clients was much better than it was in Miami. I’ve heard this from other builders as well.

“Some have called it the ‘new Miami,’” he continued. “Miami has made the show so difficult for the clients and Palm Beach is very accommodating. I actually regret not being able to attend this year.”

At least as far as high-performance powerboat segment goes, this should be a rather loud wake-up call for National Marine Manufacturers Association and everyone else involved in the production of the annual Miami International Boat Show. In addition to the immense and—much as I hate to say it—largely unmet challenges of efficiently getting people to and from the Virginia Key Venue, exhibitors are questioning the value of what is for them an expensive and difficult proposition. And they’re looking hard at other options.

I’m not saying the Miami Boat Show’s days are numbered. I am saying it has formidable competition in the form of smaller, higher-quality showcases such as the Palm Beach and Fort Lauderdale events, which are far friendlier to consumers and exhibitors, just up the coast.