You are at:Home»Boating»The Wonderful Summer Of Event Overlap 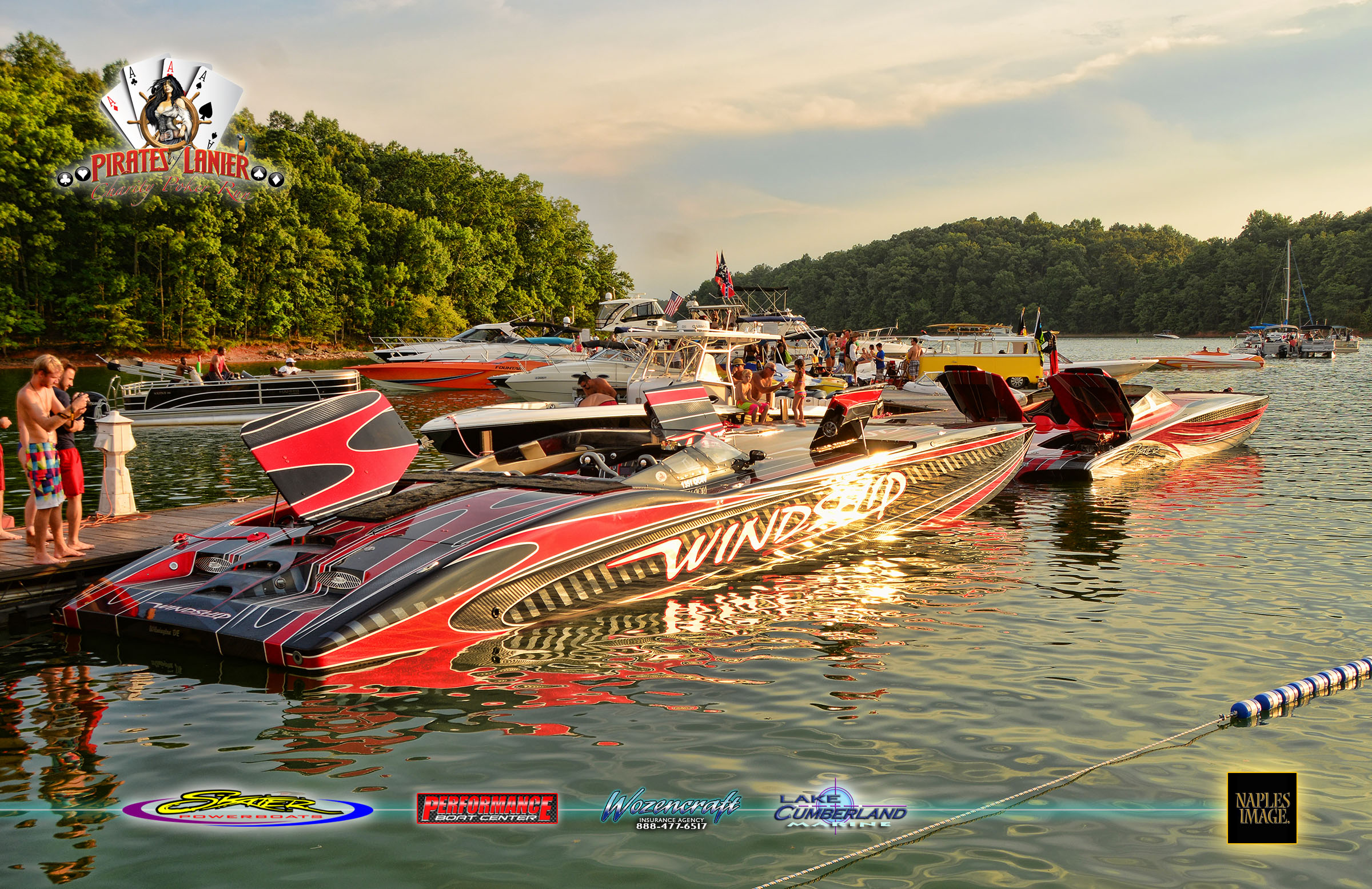 On the same weekend the Pirates of Lanier Poker Run (above) pulled in 264 boats in Georgia, Shore Dreams for Kids provided boat rides for hundreds of physically and mentally challenged children in New Jersey and Powerboating For A Cure raised more than $35,000 for the Susan G. Komen for the Cure Foundation supporting cancer research and treatment in Virginia.

For the sake of argument, let’s say there are 12 weekends from June through August in a high-performance boating summer. That means 24 days are “open” for organized boating events. Let’s rule out Sundays, because for the most part, people will be traveling home—or staying close to it with Monday coming. We could rule in Fridays because everyone craves a good three-day weekend now and then, but the truth is that most action in weekend boating events happens on Saturdays. So really, we’re talking about 12 open days.

Also for the sake of argument, let’s rule out events that happen outside of the summer season as defined above. For example, while the Florida Powerboat Club’s Key West Poker Run is an all-time show-stopper, we can rule that one out as it happens in November. Another epic event you should do at least once before you die, the Tickfaw 200 Poker Run doesn’t make the summer cut because it happens in May. And let’s also rule out the combined 10 races between the Offshore Powerboat Association and Super Boat International from June through August, not because they aren’t worthwhile events but because they’re more limited in appeal to the average recreational performance-boat owner looking for “something fun to do” with his or her own boat during a summer weekend. 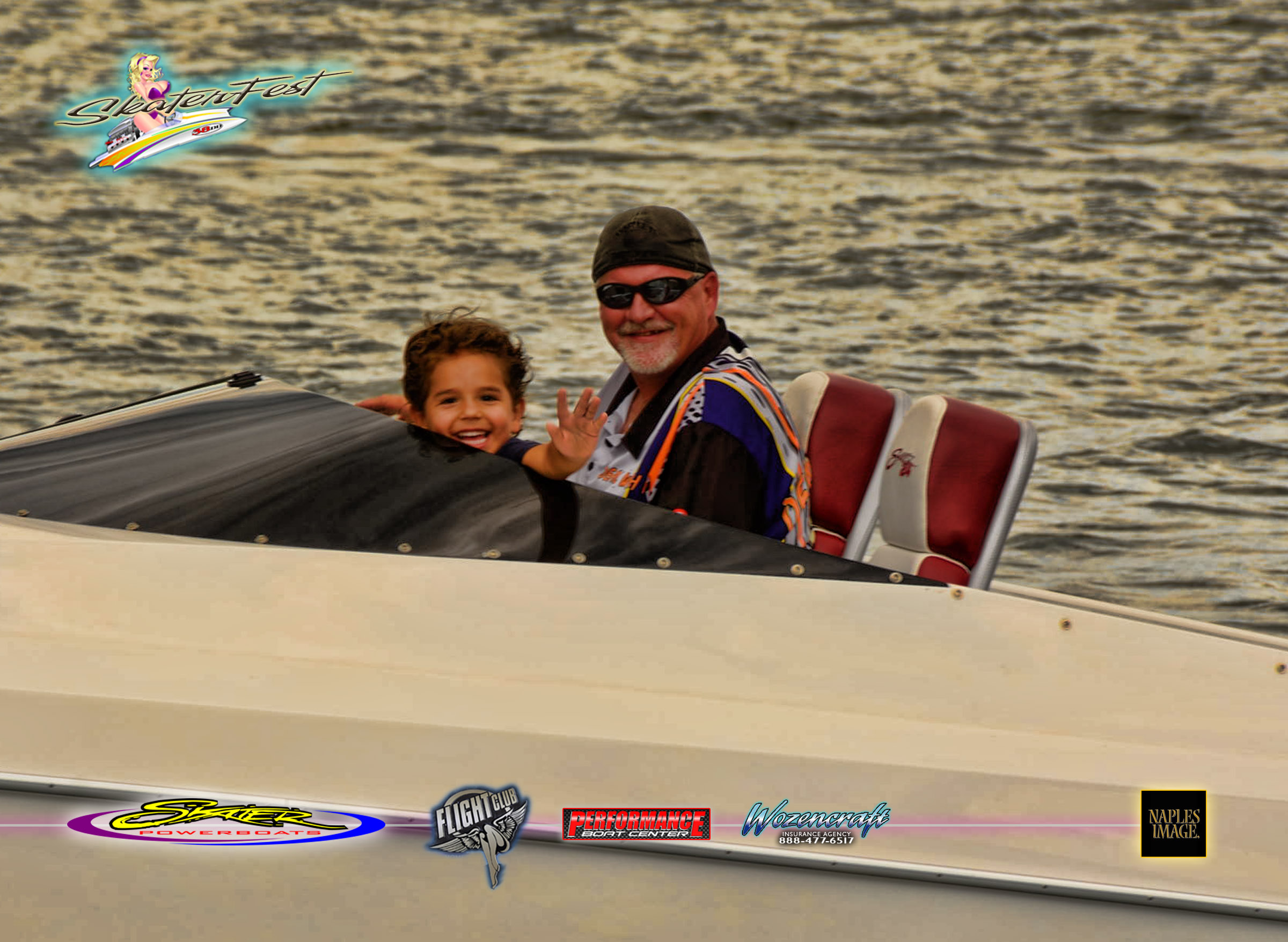 Far from the biggest event of the year, Skaterfest attracted 22 Skater catamarans—and their owners of course—to an intimate setting in Michigan.

Do the math and you’re looking at 30-ish events—and I know I’ve probably omitted a bunch of smaller, local ones—to pack into 12 weekends not counting offshore races or events that happen, such as the Lake Cumberland Poker Run, Lake Havasu’s Monster Bash and the aforementioned Key West Poker Run, after August. My best guesstimate based on those I’ve listed and probably omitted, is that if you distributed the events of this summer over 12 weekends you’d average three events per Saturday. Of course, for whatever reason this season, some weekends were a lot more popular with event planners than others, and some Saturdays saw as many as four go-fast boating events happening simultaneously.

Having provided—or soon to be providing—coverage of all the events above, I’ve heard cries of frustration from organizers and even a few participants, with the general complaint being that there’s just too much going on. Although I understand this frustration and likely would share it if I were an event organizer, I see it differently (and this is coming from a guy, who along with Jason Johnson of speedonthewater.com has worked and will continue to work every weekend this summer to provide coverage). Fact is, I applaud it.

Why? Because consumers deserve choices, and when it comes to organized summertime events the go-fast powerboating world is loaded with them. And what’s amazing, at least from where I sit as someone covering this world, is how many of these events are well-supported, not just those that attract 60 to 100 boats (and more) but those that pull in anything from 20 to 50 boats. Those might not be “big numbers” compared to an event such as the Pirates of Lanier Poker Run that attracted 264 boats this year, but the 20- to 50-boat events are solid and sustainable, at least at the local and not-for-profit level.

There’s more summer behind us than there is ahead, but don’t let that bring you down. There are more events ahead. And as I said, you have plenty of choices.