Idling in from a morning photo shoot off Sanibel Island in in the early 2000s, Powerboat magazine editor Brett Becker and I took off our PFDs and let the balmy Southwest Florida air wash over us. We had 10 boats to test that day with professional drivers Bob Teague and John Tomlinson, which meant we wouldn’t get off the water until dark. Testing boats isn’t the worst work in the world but like any job it eventually becomes—a job.

Becker turned to me and grinned. 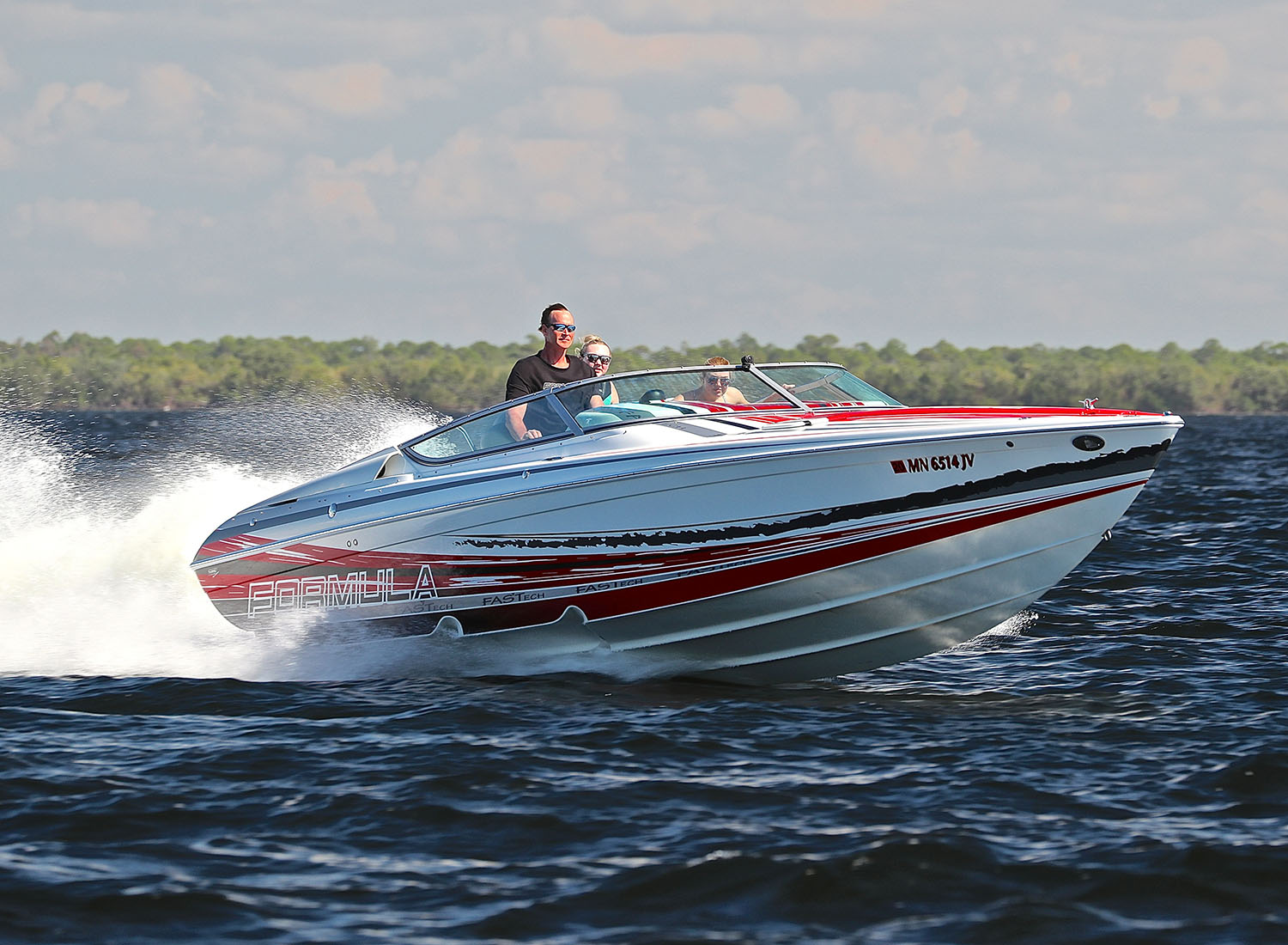 “A Formula 382 FAS3Tech with Mercury Racing 525 engines,” he said, referring to the boat we were bringing back to the docks. “Why would you want anything else?”

I nodded and laughed. Becker had a great point. Though it was far from the fastest or sexiest performance boat we would test that day, it was—like all the Formula FAS3Techs we had run during Powerboat’s annual performance trials—reliable, predictable and a whole lot of fun.

“I have no idea,” I said, and laughed. “It’s kind of everything you need.”

And that was the simple truth about the entire Formula FAS3Tech series of stepped-hull V-bottoms from 27 to 41 feet. They weren’t the fastest V-bottom sportboats of their era, which began in 1997 and officially ended yesterday. Fountain V-bottoms of similar size—though to be fair lighter and with fewer amenities—tended to be significantly faster on the same power. As production-built offerings, Formula FAS3Techs’ fit, finish and styling wasn’t on the same level as that of their custom-made counterparts from Cigarette Racing Team and Outerlimits Offshore Powerboats. (To be fair again, they also didn’t have their hefty price tags.)

So yesterday’s news that the Decatur, Ind., builder was shelving the FAS3Tech line is bittersweet. On one hand, Formula had reinvented itself with its Sun Sport, Super Sport, All-Sport Crossover, Crossover Bow Riders, Bow Rider and Performance Cruiser lines. Where other performance-boat builders had found post-2008 Recession salvation in center consoles, Formula found it in multi-purpose recreational day boats from 24 to 40 feet. For the company and its employees, it’s hard to see that as anything but success. 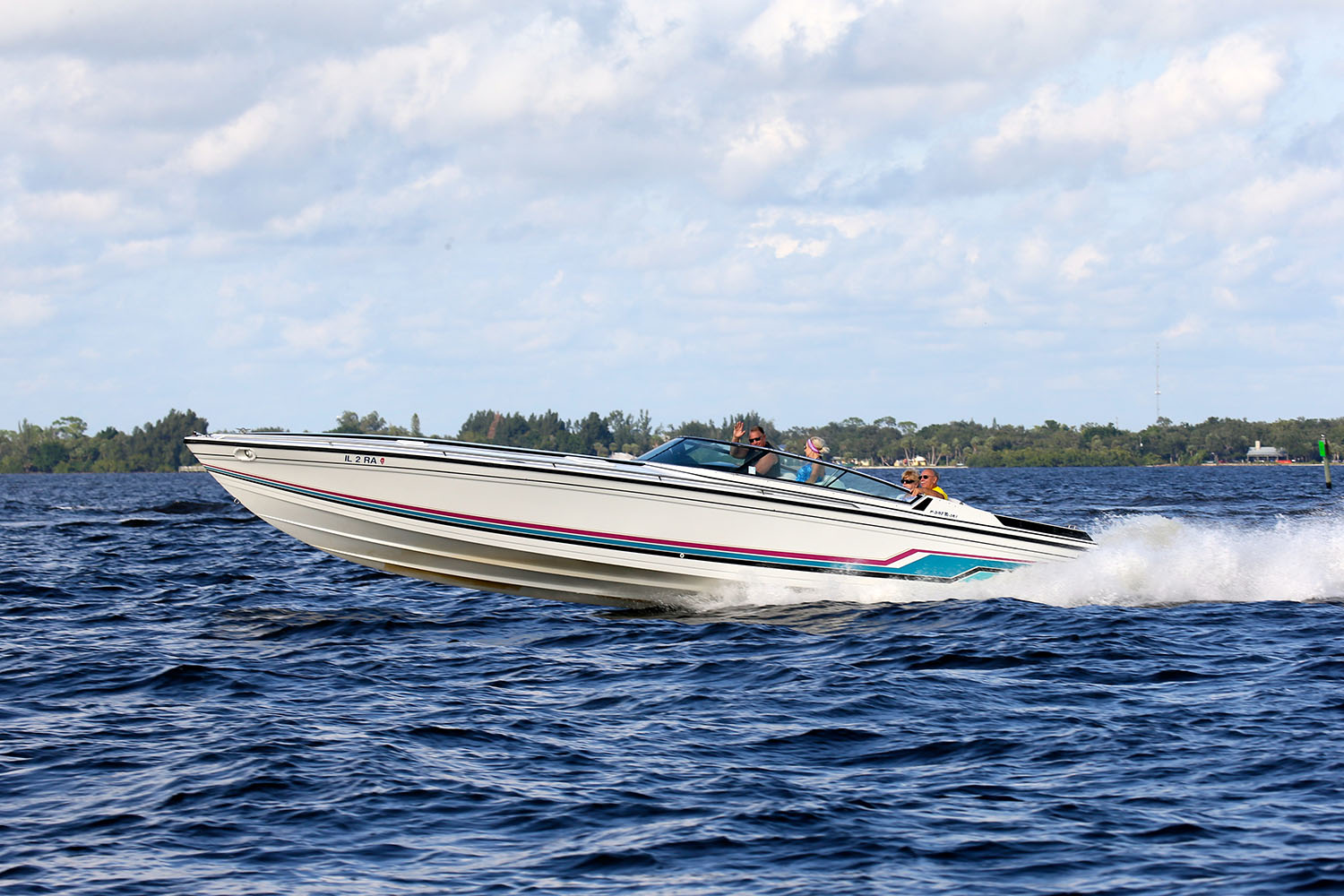 Formula replaced its original SR-1 sportboat series with the FAS3Tech line in 1998.

The bitter part? A once-important line of V-bottom sportboats is gone. Buyers have one less option and—while it isn’t dead thanks to Cigarette and Outerlimits (and, fingers crossed, Fountain)—the V-bottom sportboat segment is a shadow of what it used to be.

In the spring of 1997, a few other marine writers and I were invited to a weekend-long event on the Bahamian island of Bimini for the FAS3Tech media debut. With the introduction of the line set for 1998, the buzz on the island was electric. Just being there was a rush.

On late Saturday afternoon that weekend, Formula’s Pat Laux and John Alexander took me out on a 27-foot FAS3Tech and let me have at it. They couldn’t stop grinning. Neither could I. Then we returned to the docks and grabbed a 38-footer. Same result, rinse-repeat.

So why would you want anything else?

There are lots of reasons, of course, but the point Becker made off Sanibel Island several years later resonated—and still resonates—with me. For so many owners, a Formula FAS3Tech was all they would ever need.