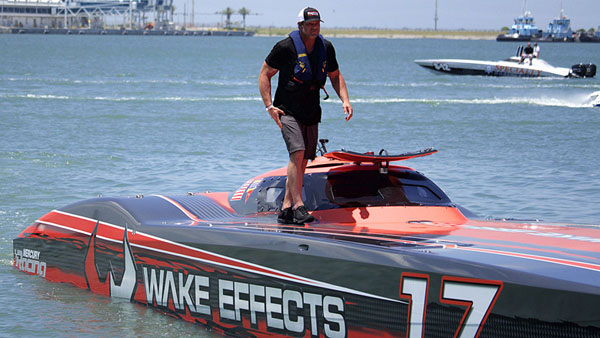 Rusty Rahm is extremely grateful to be back on the racecourse after a pretty eventful offseason. Photo courtesy Luminetic Media

For Rusty Rahm and his wife Natalie, it’s hard to imagine what could have happened had the successful entrepreneur and owner of Wake Effects in Osage Beach, Mo., not picked up the phone and reached out to his longtime friend from Lake of the Ozarks and fellow offshore racer, Dr. Michael Janssen. They also can’t think about what might have happened had Georgia’s John Woodruff, a fellow MTI owner, not stepped in to help get their son, Christian, the help he needed to deal with seizures earlier this year.

And somehow the two connections are intertwined with another part of Rahm’s life: Wake Up Warrior, a program geared toward helping men achieve their goals of being better fathers, husbands and businessmen. The program, which Rahm says also teaches you to be more self aware and logical, is the reason he decided to get his neck checked after months of sleepless nights and coming to grips with the fact that it wasn’t just a stiff neck or a sprain from the gym.

The same program hosts an intense boot-camp-like week of training known as Warrior Week, and because of his son’s expedited January appointment at the esteemed Mayo Clinic in Rochester, Minn.—courtesy of Woodruff’s efforts—Rahm ended up having to cancel his trip to Southern California for Warrior Week at the 11th hour, which likely saved his life.

After informing his doctor in March that he had been battling neck issues and was losing hours of sleep a night for several months, he was referred to a local neurologist. Unfortunately Rahm couldn’t get in for an initial consultation until May. Deeming that unacceptable, he phoned Janssen, and “Doc,” as he’s fondly known, called for an MRI.

After reviewing the MRI results, Janssen called Rahm in late March with some unfortunate news—he had severe pressure on his spinal cord and was at risk of suffering a spinal cord and nerve injury. The good news was that Doc was just the surgeon to perform a procedure that would relieve the spinal cord pressure and add an artificial disc replacement, a procedure the founder of the Center for Spine and Orthopedics in Denver done more than 1,000 times over the past decade. 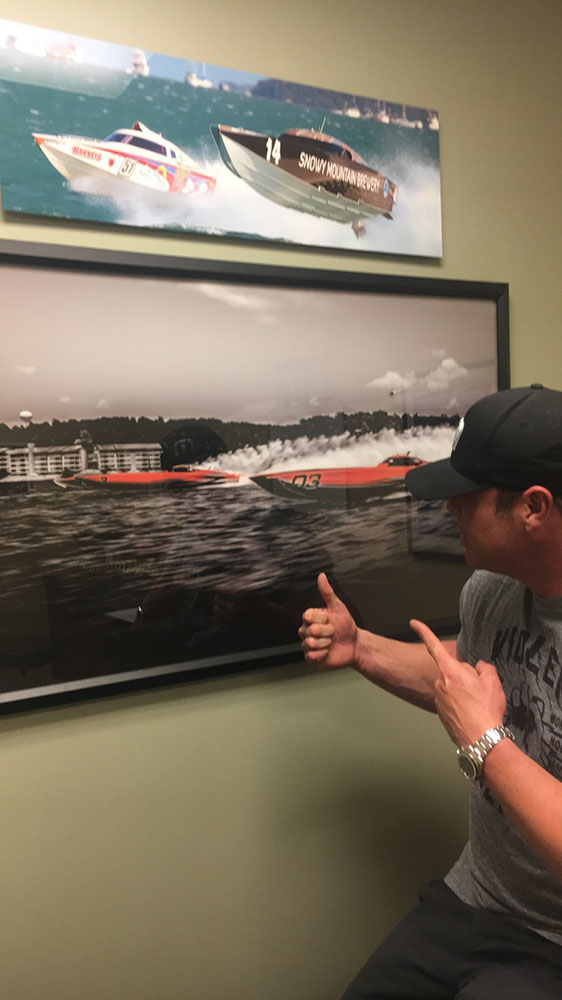 Rahm gives a thumbs up to the picture of his raceboat in Dr. Janssen’s office in Colorado. Photo courtesy Rusty Rahm

It also helped that Rahm, who won the 2016 SBI Superboat Unlimited-class national and world championships in his rookie season (with throttleman Jeff Harris by his side) in the Wake Effects 48-foot MTI catamaran powered by Mercury Racing 1650 engines, was extremely comfortable with Janssen, the multi-time world champion who owns the impressive Watch Your Back canopied SV 53 from Outerlimits that was recently repowered with Mercury 1550/1350 engines (read the story).

“When I called Doc, I was getting close to the rescheduled Warrior Week from the one I postponed in January,” said Rahm, who owns a 52-foot MTI pleasure catamaran with twin Mercury 1350 engines. “Doc told me that if I was to sustain any trauma or jarring of my neck that I had a significant chance of being paralyzed or even losing my life since the nerve that was affected controls my ability to breathe. He explained the procedure he recommended as well as the possibility of being recovered in time to race in the 2017 season opener in Cocoa Beach, Fla., in May.

“My wife and I boarded a flight the next Monday, were in Doc’s office Tuesday for a pre-op meeting in which he answered every question we could think of, and on Wednesday he performed the surgery,” he continued. “I knew immediately I was at the right place when the patient room, which was filled with framed photos of powerboats, included a large picture of the CMS and Wake Effects sister ship MTI raceboats from last season.” 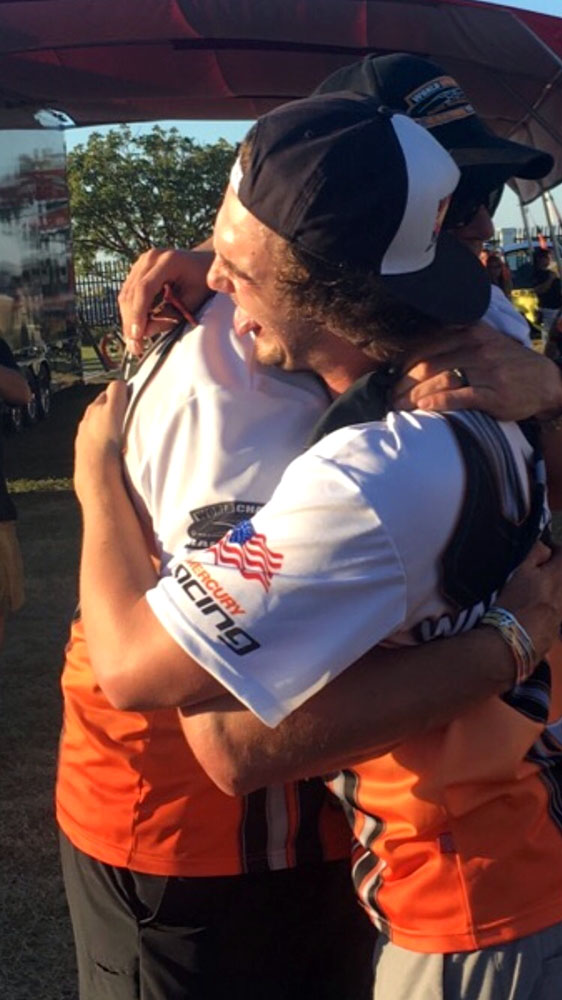 Rahm was right, as Janssen completed the surgery and cleared the driver for action in last weekend’s SBI season opener just seven weeks later. And while his Wake Effects team didn’t get the results it was hoping for—a mechanical issue knocked the leading boat out of the race with two laps to go—what Rahm went through in the offseason has definitely put winning an offshore race into perspective.

“I’ll tell you what, I have a tremendous feeling of gratitude to everyone who has helped my son and my family,” Rahm said. “It’s really pretty amazing—had my son not gotten sick I might have been at Warrior Week that weekend and suffered an injury that could have paralyzed me or worse, ended my life.  So thank you John Woodruff, and thank you Doc Janssen for everything. I’m not sure how else to put it into words when telling another man you saved my life.”

Thank you seems to sum it up perfectly.

For more on Rahm’s return to racing following his surgery, check out the recent news story on the Center for Spine & Orthopedics site.