You are at:Home»Community»The Flame Keeps Burning

Despite the best intentions of their initial planners, most memorial events—at least in the go-fast powerboating world—are one and done. The powerful emotions that follow a death simply aren’t enough to sustain a memorial for more than one year, much less nine as is the case with the Joey Gratton Memorial New Year’s Day Fun Run, which with 100-plus boats yesterday saw the largest turnout in its history. Producing even the most casual event is a lot of work, and attendance requires commitment. People have busy lives and they tend to go on with them. It’s just part of being human.

So why does the Gratton event continue to grow beyond that Southwest Florida is one of the few locales with great boating conditions in January? The answer is a combination of tireless organizer, offshore racer and vinyl graphics expert Ryan Beckley, one incredible family and the close-knit yet welcoming and gracious boating community of Sarasota. 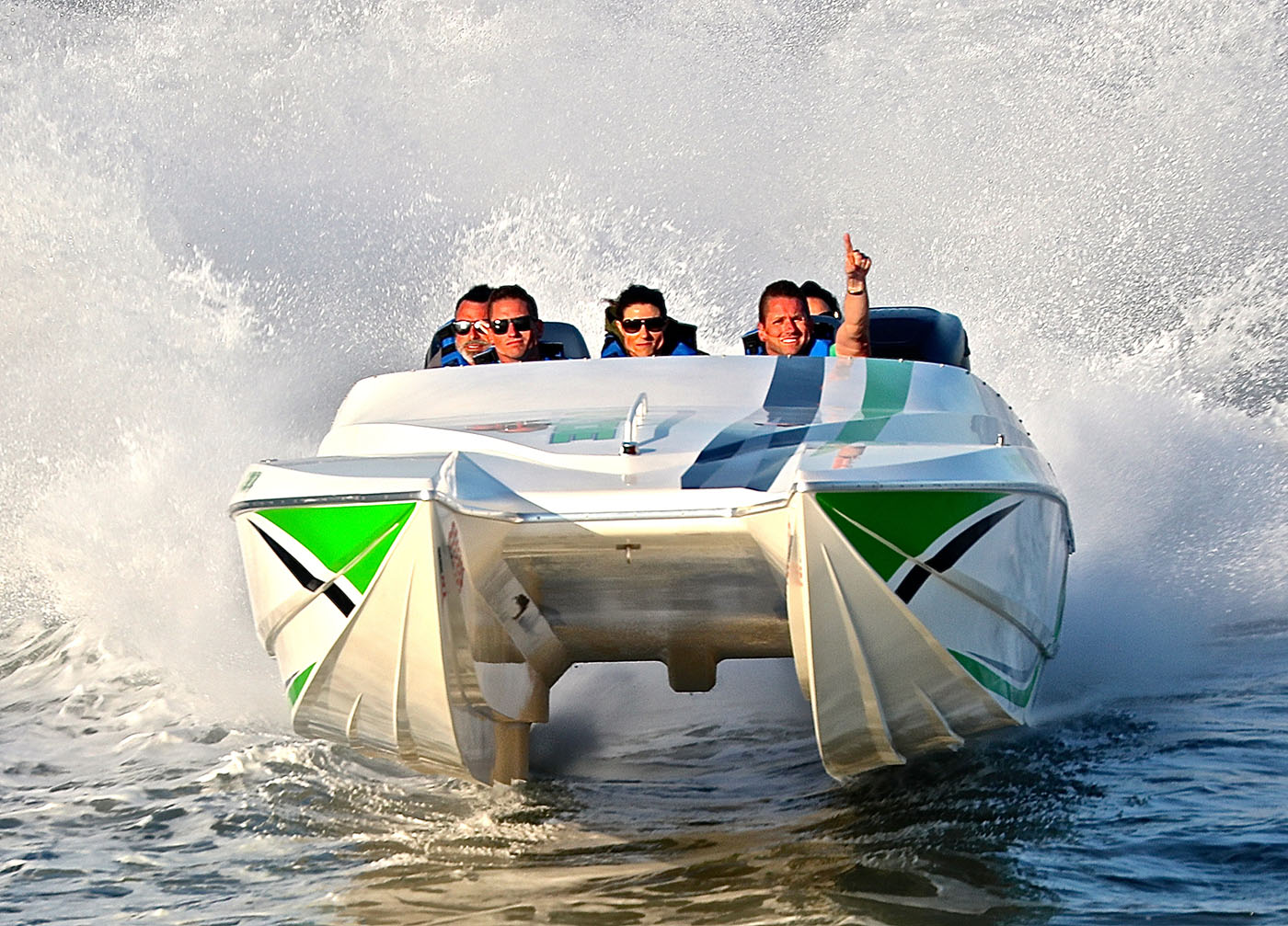 As is their tradition, Blake and Brock Gratton tackled the run together in their Skater catamaran. Photos by Pete Boden/Shoot 2 Thrill Pix.

Among the most popular figures in the sport, Joey Gratton died following a racing accident in November 2011 in Key West, Fla. For several years before his passing, Gratton and a few of his fellow Sarasotans had long-enjoyed a casual New Year’s Day tradition of boating to lunch. Back then, the run attracted a handful of boats, all of them local. Following Gratton’s death, Beckley, with support from many friends in the community, opted to name and produce the New Year’s Day happening in his honor.

And the entire Gratton family including Joey Gratton’s wife, Priscilla; his sister, Kim and twin sons Blake and Brock; their respective spouses and a gaggle of grandchildren embraced it.

“It’s an incredible feeling,” said Blake Gratton in a speedonthewater.com news story yesterday covering the event. “It’s hard to believe he used to do the run with only eight boats or so. Now there are hundreds. He’d be in awe to see all of this. I’m very happy we can honor him in such a fun way.” 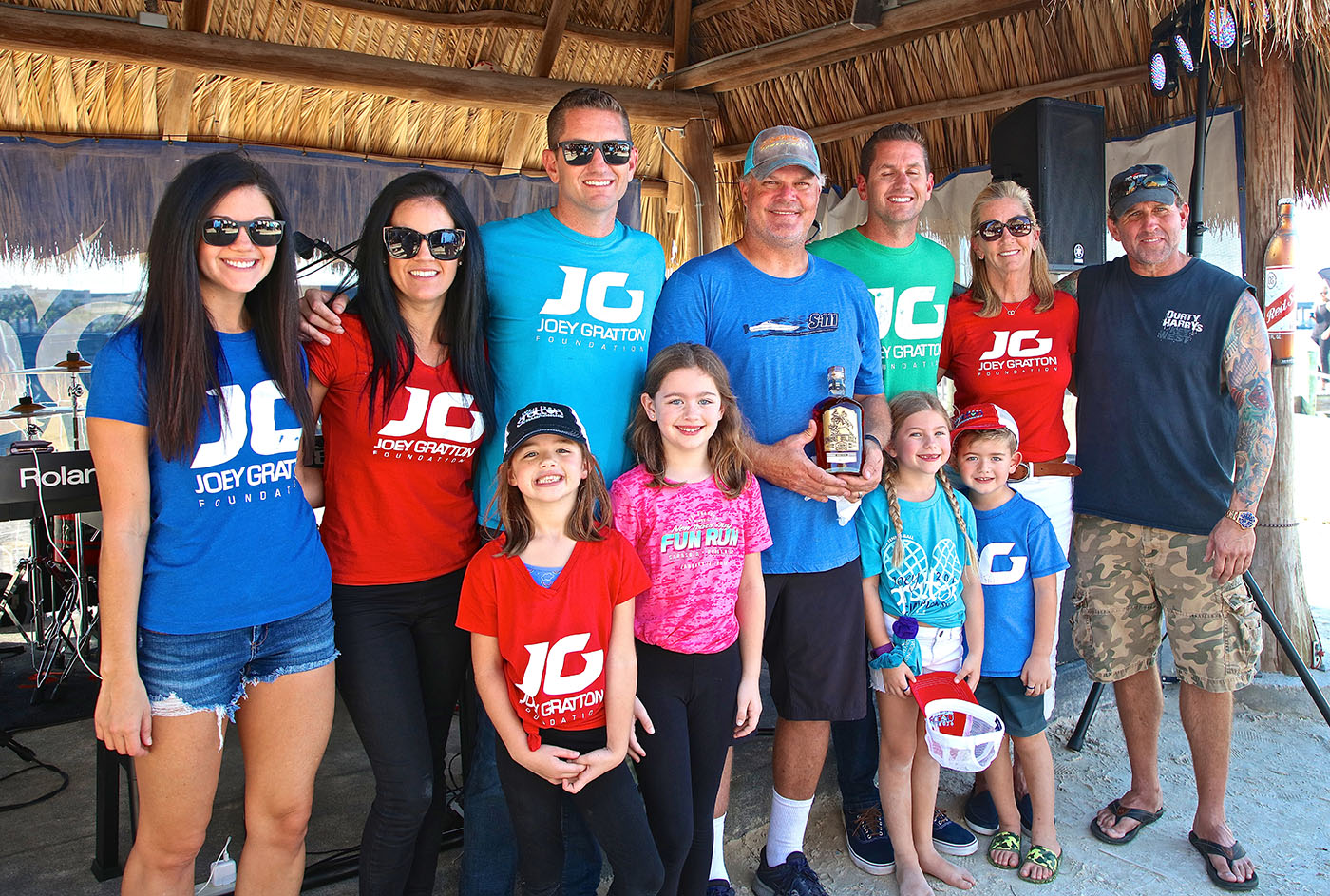 A well-known and respected family in Sarasota, the Grattons have support the event since its inception.

“It’s always been a pretty low-key event, all about having fun with friends and going fast on the water,” said Beckley. “And we are very lucky to have an awesome boating area with a pretty fantastic weather pattern.

“What started as a lunch run with like 12 boats more than 15 years ago has become something that attracts people from all over the country,” he continued. “We had people here—some of them since last Saturday—from all over Florida, Missouri, Kentucky, Tennessee, Michigan, New York, New Jersey and more.

Like the Gratton family, Beckley is humbled by the support.

“It’s really crazy that we get such a turnout from people nationwide who are mostly like-minded boaters who spend a part of a week with us to go boating where we live,” he said.

The Joey Gratton Memorial New Year’s Day Fun will celebrate its tenth anniversary on the first day of 2021. Though the event continues to grow, no one can predict the turnout—weather makes a big difference and Southwest Florida in January isn’t immune to it. But this much you can count on: The event will happen.

And it will continue to for years to come.