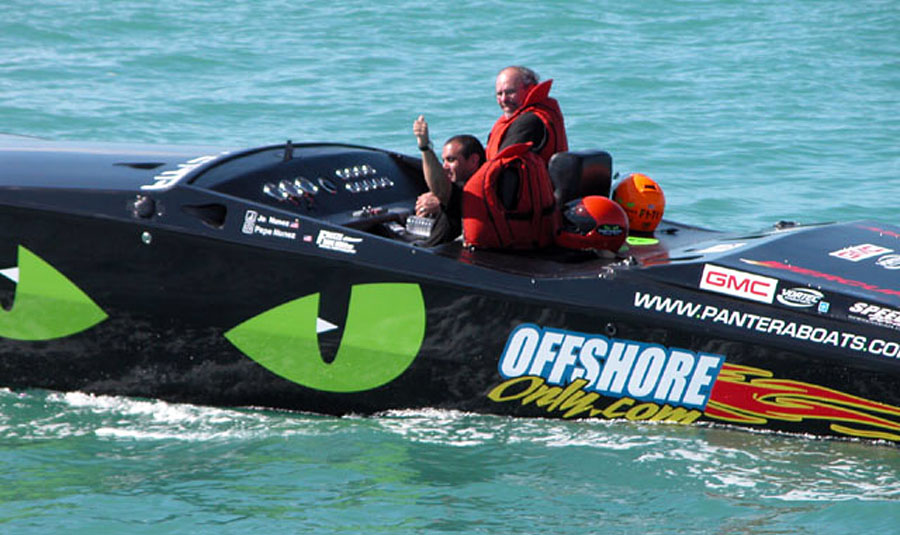 The recent backbone of the company in Hialeah, Fla., that was established in 1974 by Pepe and Linda Nuñez, Jo is survived by his mother and father; his sister, Barbara; his wife, Yvette, and their son, Jo. Throughout his career Jo built dozens and dozens of boats from 24 to 41 feet, set endurance records, won world championships and, most importantly, established a huge group of friends thanks to his deep-rooted passion for boating. 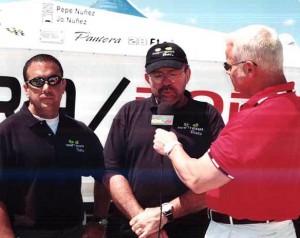 Jo and Pepe Nuñez do an interview during an offshore race in Miami in 2002. Photo courtesy Pantera Boats

The condolences shared on OffShoreOnly over the last five days have gone a little something like this:

“I bought my first new bought from Jo and Pepe—they were so great to me, helping with my first year of racing. My heart breaks for the Nuñez family.” Scott Begovich, Miss GEICO Offshore Racing

“Jo was one of the true nice guys in the performance boat world. Condolences from the Colby family.”—Eric Colby, journalist/offshore racer

“Words cannot describe the pain I felt with Jo’s passing. I became a throttleman because of Jo. I can say I learned from the best. For those of you who ever raced against Jo or got in a boat with him you know what I am talking about.”—Albert Echemendia, Team Pollo Tropical

“When they lost Jo, the family not only lost a loving husband, they lost a son anyone would be proud of and a great father who has been grooming and mentoring his son since the day he was born.”—Michael Landis, former Pantera owner

“God Speed Jo. You will be missed by all who knew you.”—Chris Reindl, Reindl Powerboats

“My father and I had the pleasure of knowing Jo and his family for years thanks to offshore racing. The entire Nuñez family treated us as family. I’m going to miss the few talks we had each year.”—Micheal Stancombe, Peppers Racing

Along with the outpouring of comments on OSO and other sites, I asked for comments from some of Jo’s local friends who were close with the entire Nuñez family, as many in this industry were.

Frank Areces, a friend and fellow racer—he drove the Team Pollo Tropical Cigarette with Echemendia—as well as Pantera’s outside general counsel, said: “Jo was one of the forerunners in this sport for many of us local guys—he was someone we all looked up to. He brought so many people in the racing industry together and did so much for our sport. We all remember how fierce he was as a competitor and no one ever forgets their first ride with him. He had only one speed, full throttle.”

Larry Goldman, fellow offshore racer and owner of Xtreme Powerboats in Miami, said his first raceboat was a 28 Pantera that he purchased in 1987, which happened to be the first raceboat owned by longtime offshore racer Jeff Soffer. And, get this, when Goldman sold the triple-outboard-powered 28-footer a year later it was to rookie offshore racer Rick Merola, who is notable for owning/throttling the many Aqua-Mania catamarans, including the new 52-foot turbine-powered MTI.

“Joey was just a little kid back when I met Pepe,” Goldman said. “The realization of someone dying so young, whether they’re in this business or not, is so sad. It’s important that we recognize Jo and commend him for his innovation and determination. From building to designing to racing, Jo was into this 100 percent. He loved what he did. It’s tough to think that it’s coming up on a year that another father who has been very influential in this industry, Paul Fiore, lost his son. Although the situations were different, both Jo and Mike were amazing talents and huge losses for our close-knit community.” 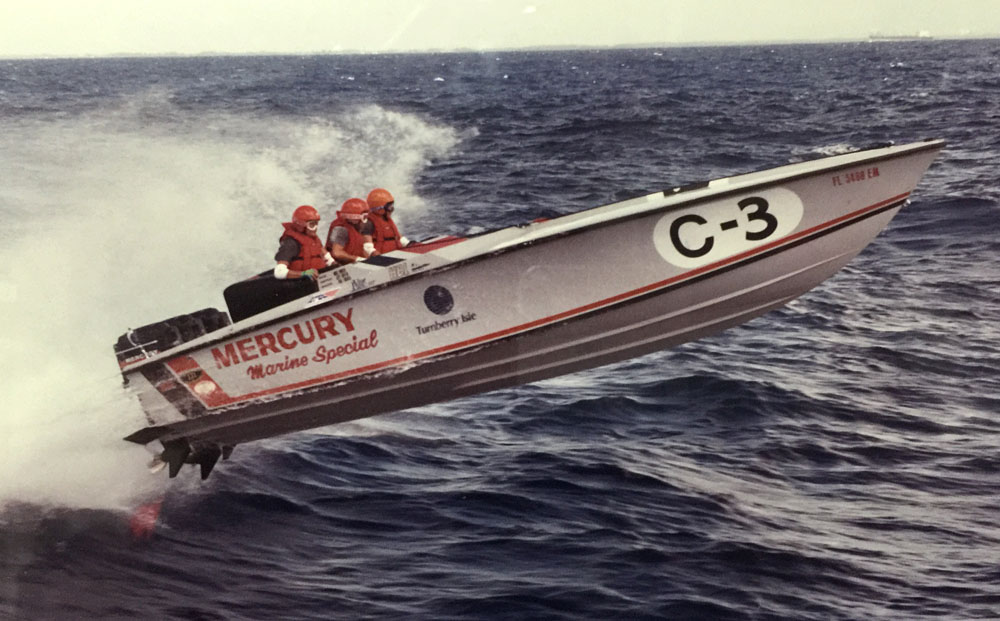 Tim Gallagher, MTI’s sales and marketing director, remembers the day he met Jo and, like Areces said, he will always remember his first ride with Jo.

“Jo was like a brother—he’s the one who really taught me how to run an offshore boat,” said Gallagher, who bought a 1999 28-foot Pantera in 2002 that Jo took on trade to build the company’s first 36-footer. “Before I moved to Florida, I had been a boater in the Chesapeake Bay. We all think we’re hot rod boaters up there, but then you come down here and start running in the ocean, it’s a completely different program. Joey really showed me how to run a boat properly, how to fly it and not break it.

“He was such a low-key, mellow guy and very matter of fact,” he continued. “So you hop in the boat with him and you think ‘OK we’re going to go for a boat ride,’ but, man, as soon as he put that boat on plane it was to the dash. Off we went leaping over stuff. For a guy coming out of the Chesapeake Bay, going out Haulover Inlet in a twin big-block-powered 28-footer as hard as it can run was a real eye-opener.”

Gallagher summarized it up for everyone: “His family—as well as this industry—has lost a great man.”